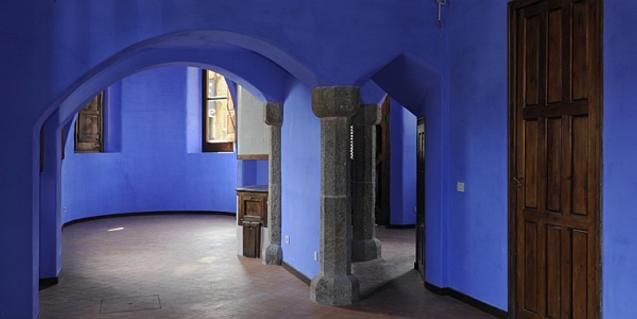 The Casa del Guarda is one of the few examples of modest housing designed by the brilliant architect.

The Museu d'Història de Barcelona (MUHBA) is organising guided tours on October 17 and 14 November to the exhibition at the Casa del Guarda in Park Güell. The exhibition, titled Güell, Gaudí i Barcelona. L'expressió d'un ideal urbà, is managed by the MUHBA. It focuses on the relationship between the architect Antoni Gaudí and his patron Eusebi Güell, as well as the relationship between Park Güell and the city of Barcelona.

In addition to seeing the exhibition, the visit also allows people to discover the different spaces of the Casa del Guarda, one of the few modest residences designed by Gaudí. In fact, the exhibition's presentation touches upon the technical aspects and the construction of the house, comparing it with other projects by the architect. Güell commissioned Gaudí to build the park that bears his surname in 1900. The modernist implemented a new urban model that followed the British system of houses, which were surrounded by gardens, but decided to go further, breaking the aesthetic boundaries between nature and works of art. The residential area had to house healthy families; however, the Casa del Guarda, located at the main entrance of the complex, was intended for the caretaker of the urbanisation. It was built between 1901 and 1903 and consists of a ground floor and two upper floors. When it comes to the work on the urban complex, it stopped in 1914. In 1922, the private estate was acquired by the City Council, which became a public space in 1926. Later on, in 1984, UNESCO declared it a World Heritage Site.

Registrations to attend the guided tours — there will be two each day — are now open. Find more information through this link.