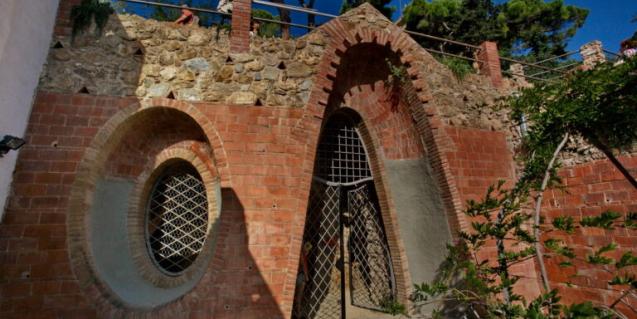 A guided tour invites you to discover FInca Sansalvador, by the modernist architect Josep Maria Jujol, and the streets and artists of this area of the city.

The civic centres Ateneu Fort Pienc, La Casa Elizalde, Casa Golferichs and Urgell are organising an itinerary on the morning of Saturday 28 January entitled The caves of Vallcarca, a route that will allow participants to discover the narrow streets of Vallcarca, the climbs and stairs, and the plots of land that have been demolished and speculated on, as well as Finca Sansalvador, next to the Creueta del Coll park. In addition, along the route, which lasts about three hours, there will be a talk about the writers, painters, musicians and cartoonists linked to this area of the Gràcia district. The route will begin at 10.30 am. Registration is required to take part, and can be made at the organising civic centres.

Finca Sansalvador is a modernist building built by the architect Josep Maria Jujol, commissioned by Dr. Sansalvador in 1909. Now the headquarters of the Taller d'Història de Gràcia, it is listed as a Cultural Asset of Local Interest. The façade, with its original forms, is one of the most striking elements of the building, but its great uniqueness lies in its interior. When Jujol began the work, he wanted to build a water well and surprisingly found a high level of radium. Doctor Sansalvador decided to use this chemical element for medicinal purposes. At that time, water distilled with radium was used as a remedy for all ailments. What was supposed to be a summer house became a place to exploit and commercialise what they called "radium water". Jujol built underground galleries for easy access to the water well. The caves conserve the elements that support the vaults, and are built with original pillars and brick arches.

For more information and to register, click this link.