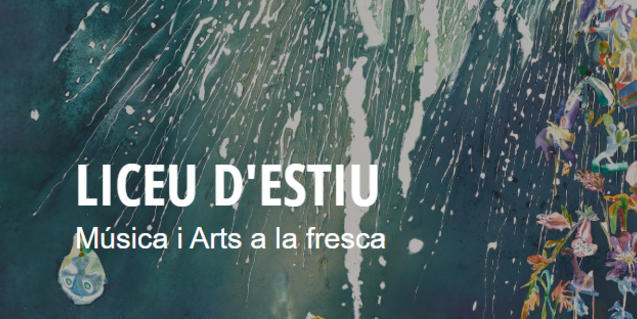 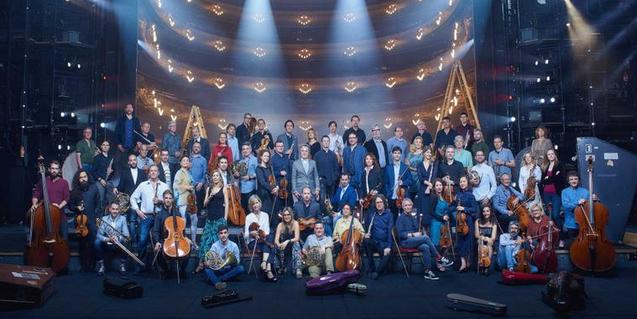 Proposals, among others, with the Cruïlla XXS, the Grec Festival of Barcelona or the Jardins de Pedralbes Festival.

"Liceu d'Estiu música y artes en verano " is the initiative promoted by the Gran Teatre del Liceu to fill the coming weeks with concerts and offer live music and emotions, at a time of great complexity.

Beyond the music. the paint, the performance and the video creation will have an important presence in the programme, which will be launched by the conceptual artist Eugenio Ampudia today, 22nd of June, with “Concierto para el bioceno”, a reflection on the need to reformulate the present and change the paradigm.

The Cruïlla XXS festival will be the first to collaborate with the Liceo, on July 9th and 10th, in the gardens of the TNC, with “Max Richter: Vivaldi Recomposed” performed by the Emsemble of the Liceo Orchestra and Kai Gleusteen as soloist and conductor.

On July 16th, in the Sant Pau Modernist complex, and with Bachcelona and Cruïlla XXS, “Mendelssohn dialoga con Bach” will be offered. And on July 20th, at the Palau de la Música and, in this case, joined by the Grec Festival, you will be able to see "Towards the Light". New concerts will soon be announced as a result of alliances with other festivals such as Castell de Peralada, Jardins de Pedralbes or l'Auditori de Girona.

Included in the same programme, is also the Liceu a la Fresca, which this year allow the broadcast of the opera "Carmen" by Bizet with the collaboration of TVE and TV3.