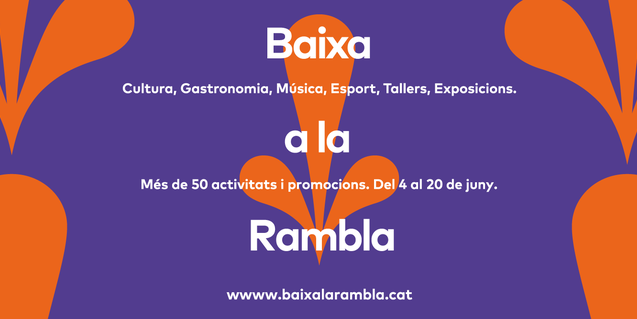 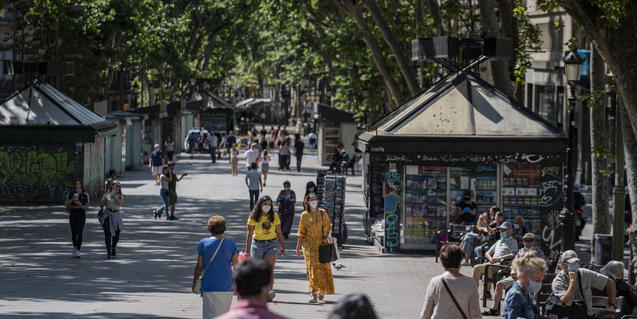 Organized by the Barcelona City Council and the Amics de la Rambla association, the project has planned more than 50 activities.

In December 2020, the Walk Down La Rambla campaign, which aims to reactivate local business, attracted more than 2,500 Barcelona residents. During June 2021, the second phase of the project, organized by the Barcelona City Council and the association Amics de la Rambla, will arrange more than 50 recreational, gastronomic, sports and musical activities. The goal of this 360-degree campaign is for Barcelona residents to revisit the most well-known places in Ciutat Vella and to discover the hidden ones after the unprecedented decline in international tourism caused by the pandemic. Activities, which include guided tours by the hand of historians, gastronomic proposals at Mercat de la Boqueria, dance workshops, and a concert by guitarist and music producer Raúl Fernández, will take place between 4 and 20 June.

The campaign will also include special pricing on tickets for some museums in Barcelona, such as the Museum d'Art Contemporani de Barcelona, the Museu Marítim and the Museu de Cera. Worth highlighting are the Ateneu Barcelonès, with a tribute to Montserrat Roig and a poetry reading workshop, and the flower kiosks on the Ramblas, which are in disuse. In these kiosks, Design students from ELISAVA, Barcelona School of Design and Engineering will exhibit their projects for the recovery of the kiosks. To round up the proposal, there will be some sports activities in the CEM Colom and different cooking, floristry, and craft exhibition workshops.

Some (though not all) of the activities are free. For more information on pricing and schedules, check the Walk Down La Rambla program.