Free on Thursdays from 4 p.m., the first Sunday of every month and on 12 February, 18 May and 24 September. 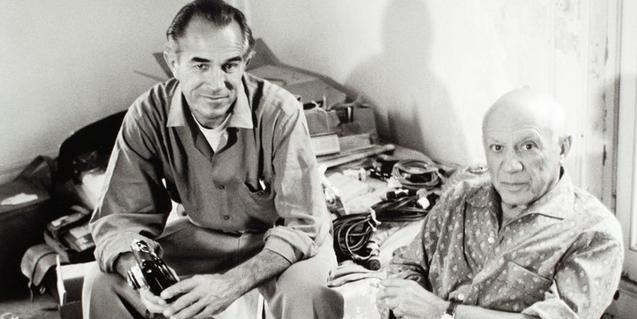 The Museu Picasso is displaying a selection of photographs that document their friendship and the maestro's creative process between 1965 and 1973.

The Museu Picasso's director, Emmanuel Guigon, and the head of its Knowledge and Research Centre, Sílvia Domènech, are the curators of the exhibition Picasso per Duncan. La mirada còmplice.

The exhibition reveals the tight friendship and complicity between the Malaga-born artist and his wife, Jacqueline Roque, on the one hand, and American photojournalist David Douglas Duncan (1916-2018), on the other. It does so through more than 60 photographs that bring visitors closer to Picasso's everyday life and his artistic process.

Picasso and Duncan met in the spring of 1965. Robert Capa had promised Duncan he would introduce him to the artist but lost his life during the Indochina War before he could fulfil his promise. So Duncan took advantage of a trip to Morocco to stop on the Côte d'Azur and knock on La Californie's door, Picasso's house in Cannes. He told them he was a friend of Capa's, and Jacqueline invited him in. As Duncan himself explains in the book Picasso's Picassos (1961), he found him "completely naked, submerged in the bathtub and waving to me in a cordial, welcoming gesture". This was the beginning of the close friendship with Picasso and Jacqueline that lasted for 17 years until Picasso's death in 1973.

In 2013, coinciding with the 40th anniversary of his death and the 50th anniversary of the opening of the Museu Picasso, Duncan donated a set of 161 photographs he had specially selected to illustrate the close relationship between them. The pictures show scenes from Picasso's life, but above all, they are an exceptional testimony to the artist's creative and working processes. They are, in a way, a kind of reportage made from the privileged viewpoint of a friend who was also a photographer of great international prestige. Duncan, who was a war reporter in World War II, Korea, Vietnam and Afghanistan, settled in Provence and published seven books on Picasso: The Private World of Pablo Picasso (1958), the already quoted Picasso's Picassos, Goodbye Picasso (1974), Viva Picasso (1980), Picasso and Jacqueline (1988), Picasso Paints in Portrait (1996), Picasso & Lump (2006).

The photographs of Picasso per Duncan. La mirada còmplice will be on display in the rooms of the Museum's permanent collection. Tickets are 12 euros — the reduced fare is 7 — and can be bought through this link.