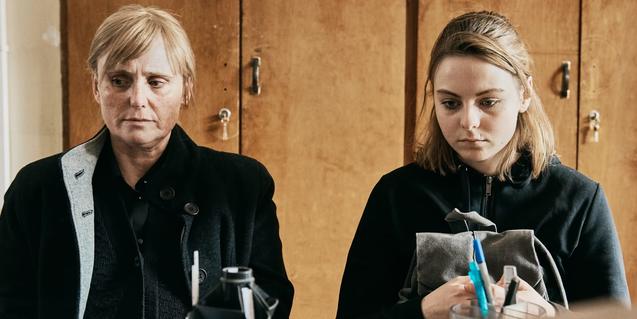 After the cycle Maratons de cinema en VO, the cinema will premiere I Never Cry by the director of the acclaimed Silent Night.

Starting on 5 January, Maldà Cinema will be screening Jak Najdalej Stąd (I Never Cry), the latest film by the young director Piotr Domalewski. The filmmaker made his international debut in 2017 with Silent Night, which swept the Polish film gala, winning seven awards, and is currently co-directing the Netflix series Sexify.

In Silent Night, he brought together the hopes and miseries of the various branches of the same Polish migrant family when they return home to celebrate Christmas: a son who works in the Netherlands and is expecting a child, a brother who wants to set up a garage, a sister abused by her husband, an alcoholic father — a temporary "guest" worker in Germany — an uncle displaced to Belgium and a mother who tries to avoid the disintegration of the household.

I Never Cry is his second feature film, a tragicomedy with a positive message and large doses of black humour that was screened to great acclaim at the San Sebastian Film Festival in 2020 in the New Directors category.

In the film, which will arrive at the Maldà in its Polish VO as well as in English and Romanian with Spanish subtitles, Domalewski takes a new approach to the phenomenon of the economic diaspora of millions of compatriots but changing the focus. In this case, he tells the story of a teenage girl who travels to Ireland to bring the deceased body of her father, who died in a construction accident, to Poland. Initially, the girl only seems interested in finding out whether the father saved enough money to buy the car he had promised her. However, gradually, her interest in getting to know him and recovering, in a way, a lost relationship is revealed.

The main character, newcomer Zofia Stafiej, also experienced first-hand this temporary family break-up, as she lived in Dublin with her father while her mother and brother were still living in their homeland.

If Silent Night was, according to critic Jakub Socha, a "film that has the potential to reconcile everyone: those who would like to leave Poland and these who can't even imagine it", I Never Cry is, in the eyes of Ola Salwa, "a moving film that would delight Ken Loach himself". It talks about a side effect of mass migration for work: the existence of millions of Euro-orphans in Eastern countries who grew up without fathers, coinciding with the enlargement of the European Union in 2005.

Tickets are 7 euros and are valid for all films on that day – with some exceptions. They can only be purchased at the box office.