Different spaces in the city 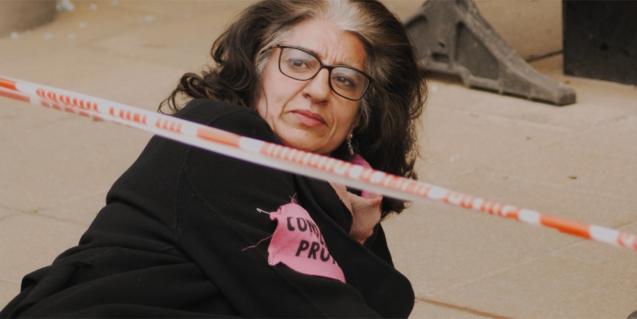 Rebellion, by Maia Kenworthy and Elena Sánchez Bellot, shows the origins of the collective and also its internal conflicts.

The London-based director Maia Kenworthy and the Spanish director Elena Sánchez Bellot bring to the big screen the story of Extinction Rebellion, a group that was born in 2008 and was committed to direct action and civil disobedience to confront climate change. After being well received at different festivals, the documentary Rebellion will be screened throughout October in different cinemas in the city, as it is DocsBarcelona's documentary of the month. You will find it at the Sala Pepita Casanellas and the Girona cinemas on the 6th, at the Teatre de Sarrià on the 16th, at the Biblioteca Esquerra de l'Eixample - Agustí Centelles on the 19th, at the Auditori de Sant Martí and the Centre Cívic Ateneu Fort Pienc on the 20th, again at the Teatre de Sarrià and the Auditori de Sant Martí on the 24th, at Casa Elizalde on the 25th, and the Lluïsos d'Horta on the 28th.

Rebellion narrates the origins of the collective and the initial drive of its members, as well as how the atmosphere within the group became strained for different reasons: difficulty in reaching a consensus on decisions, struggles of egos, generational clashes, etc. Moral dilemmas and pressure from police forces and politicians also play destabilising roles. The documentary shows a series of situations and tensions that prompt it to be described as a thriller, with adjectives such as "inspiring, dramatic and thrilling".

You can find more information about Rebellion and its screening times at this link.