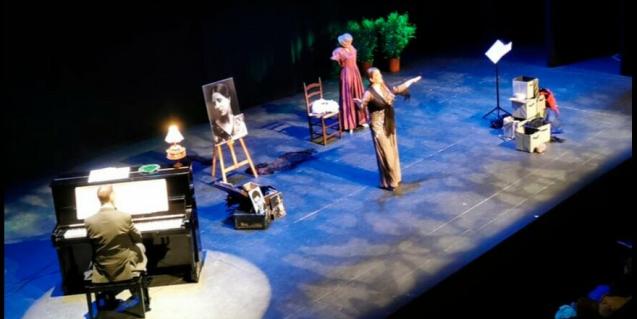 La Cupletista at the Teatre Gaudí is a tribute to the Cuplet Català that recovers its most popular songs.

The Cuplet Català is a light, urban song of medieval origin, typical of Barcelona, divided into short stanzas sung to the same melody. It became very popular in the mid-1920s but declined considerably in the following decades, with the sole exception of Conxita Piquer.

Some 40 years ago, it enjoyed a second life thanks to established artists such as the recently deceased Núria Feliu and Guillermina Mota. However, nowadays, almost nobody is committed to the genre that has historically been so important in Catalonia.

La Cupletista, at the Teatre Gaudí, is mainly a vindication and a tribute to a proposal that in the 1920s left us songs that are already part of the popular imagination, including La Marieta de l'ull viu and Les Caramelles. It also aims to highlight one of the most important figures, Cándida Pérez Martínez – the author of all the songs that are played in this piece.

The Catalan composer, born in Olot (1893-1989), was one of the most famous of her time and the most important representative of this genre, along with Mercè Serós, Lola Duran and Pilar Alonso.

Self-taught, in addition to writing, she also excelled as a singer: her songs are both in Catalan (La muller d'en Manelic, L'orfeonista, L'enterrament de la sardina, etc.) and Spanish, including the songs La guitarra llora and Si yo fuera maja. She toured Europe and South America several times but retired from artistic life when she married. On her return to Catalonia, she was Núria Feliu's guest of honour in the show La nit del cuplet català, which took place at the Molino del Paral·lel in 1971.

La Cupletista is a simple show, with only a soprano cupletista and a pianist on stage. The actress and singer Núria Esquius starred in this play when it premiered in 2004 at the Teatre Principal d'Olot. Accompanied on piano by Eladi Dalmau and with stage direction by Pere Sagristà, the work has accessed some scores from the period, which haven't been edited in years. Among her popular songs, an entertaining text contextualises the moment in which the music is set.