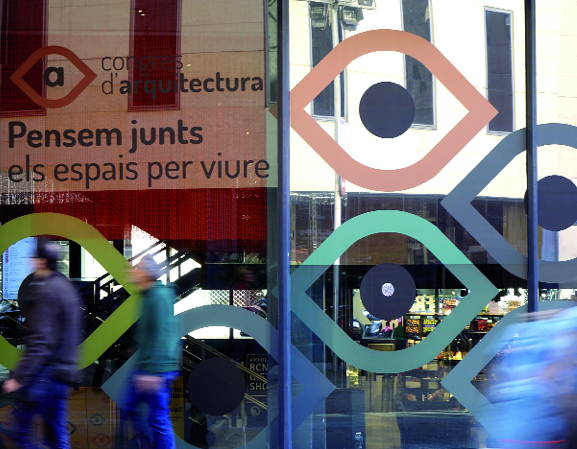 The conference debated new subjects, contexts and instruments of architecture in more than a hundred acts, mainly located in the Barcelona premises of the Official College of Architects (COA) – seen in the photo – but also spread throughout the districts.
Photo: Vicente Zambrano

Before his death in 2014, the Italian urban planner Bernardo Secchi claimed that, in these turbulent times, the city is the fortress that is at stake. The Dean of the Architects’ Association of Catalonia (COAC), Luís Comerón, used the expression “a new era” in his closing speech at the Architecture Congress 2016, at the end of November in Sant Antoni Market, which was converted into an auditorium for the occasion. Putting a different spin on Secchi’s description, he said that “cities are the main instrument of human progress” in the new paradigm that is opening up before us. For months, the Catalan architectural world has been taking a good hard look at itself and discussing the challenges it faces.

These architecture congresses have been held approximately once every twenty years since 1888. So each one is infused with a certain spirit of reform and overhaul, because circumstances, contexts and challenges change, something that could be sensed during the summary sessions. Nevertheless, this congress set out to discuss “architecture” with a lower-case ‘a’, and not “architects”, and it used a much more open and broader format than the preceding ones. In fact, the previous one, in 1996, the one co-organised with the International Union of Architects, with 14,000 visitors, with Maragall and Foster, with the “Barcelona model” and the “star system”, was the model not to follow. This time, the college of architects asked for a six month truce to stop, think and re-focus on the new reality.

This reality began in 2008, with the bursting of a bubble very close to the building industry. In 2010, the brand-new SArq, the first state-wide union of architects, published the results of its first employment survey. Of 1,800 architects (675 of them not Architects’ Association members), 32% were unemployed and only 3.1% were receiving unemployment benefit.  By 2013, the third survey told us that 71% of architects in Spain had precarious employment situations; in other words, they were on the dole, on temporary contracts or on a salary of less than a thousand euros a month.

The COAC has produced its first survey, capitalising on this year’s event.  It includes 1,700 architects, 22% of them not association members, of a total of 10,000 in Catalonia. The results show that one in every three architects has emigrated abroad, 46% earn less than €20,000 a year and the vast majority are self-employed. Although “the worst of the storm is over”, as Miquel Puig comments in the analysis of the survey, the mood in the architecture community is still quite or very negative.

Functions have also changed over this period. New-builds, both in housing and in public works, have come to an almost total standstill. The figures that we see today in the building industry now lie at what is and already was normal in nearby countries that have not had a property building bubble like ours. Architects have had to adapt and diversify fast and, in many cases, it has been traumatic. 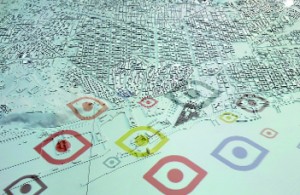 The COAC’s survey of the profession draws a new functional map, with refurbishment as the main activity, followed by new build, site management, monitoring of compliance with regulations, and interior design and retail.  In the next five years, new activities will emerge relating to energy efficiency and building management, I.T. applications (BIM, 3D, etc.), project management and public participation and mediation. Refurbishment will remain as the main activity and new build will fall further in the ranking, according to the survey.

All these changes brought about by the economic crisis are seen as a sea change and in no sense as a parenthesis. The building industry accounted for 10% of the GDP before the bubble burst in 2008: double what it is now and double that of our European neighbours, which have not seen such intense fluctuation. It is hoped, then, that the sector will grow gradually to reach the 6% level before stabilising. But the changes are not just to do with economics and employment.

The whole social and territorial context has changed radically. In recent years, there has been a lot – an awful lot – of building and, although it’s not often said, pretty bad building at that. A large part of the situation we have (to endure) is the result of the urban planning model that has been developed over recent decades. Poor mobility and access, inefficient use of energy, squandering of land and water, segregation and gentrification… Territories and cities are shifting, and their paths are being set by climate change, inequality and an influx of speculative capital.  We need interventions and changes.

At various times throughout the congress, Enric Batlle was able to explain his threefold cornerstone of ecology-leisure-production for open spaces in our cities and regions. Firstly, we need to do everything we possibly can to reduce pollution and the use of motorised transport – its main contributor. We also need to protect the biosphere, interconnect it and bring it into the city.

According to Batlle, 50% of the surface area of the Metropolitan Region of Barcelona is open space that can be used to structure and connect the area on a local and regional level. We don’t need to make the city bigger, but we do need to urbanise the green space: in other words, to protect it, open it up, link it and make it agriculturally productive. Batlle has also organised the Metròpolis Verda (Green Metropolis) exhibition at TMB’s Mercè Sala on Rambla de Catalunya.

Thus, the features of architecture’s new subjects and contexts are what determine the object of the work, the tools with which to do it and the values that must guide the practice of architecture.  This congress set out to define these from a collective perspective and it distanced itself from the voices of academia and authority. In over a hundred events held since June, mostly in Barcelona but also around Catalonia, individual professionals, associations and institutions have been explaining what is already being done and what could work in the coming years.

Housing (access, maintenance, ownership, rental, functionality, etc.), the right to the city (the UN-Habitat New Urban Agenda, participation, refugee camp-cities, the welfare of those that live in them, the gender perspective, etc.) and territory (open spaces, supra-municipal planning, the planning of city outskirts, building and enhancing the landscape, etc.) are the challenges of today, just as Secchi warned. But there were also opportunities to explore the new areas of activity, cultural and social education and professional ethics. In these areas, unlike the aforementioned ones, it became more or less clear that there is a lot yet to do and that the ground underneath us is still shifting. 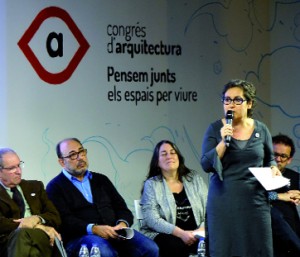 That’s why we need to re-think the mechanisms and review our purpose and commitments. The part of the congress when proposals are really made, when it’s no longer about listening but about speaking out, focused on architectural tenders, the Law on land use and, in particular, the Architecture Law, this time with capital letters. The latter is currently going through Parliament and its aim is to build a social framework that recognises architecture as present day heritage. The draft defines architecture as a national asset, it sets out the mechanisms to ensure quality and it strengthens the requirements for informing and educating the public.  But it also protects the architects’ own criteria in urban planning and public tenders, which has aroused considerable concern among other groups during the parliamentary process.

At a time in history when land availability is limited, resources are being exhausted, biodiversity is hanging by a thread and cities are a social asset and the object of economic pretensions, Catalan architecture has shown itself to be aware of the change of era and not just of the changing times, as other communities or sectors may be. Just by opening its eyes to and speaking out about the new context, the profession has been able to change its step, rethink itself, adapt and look at reality with a new face. 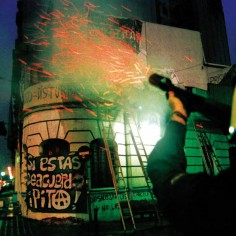 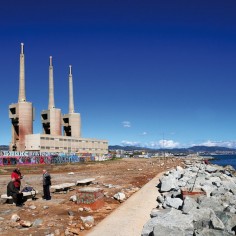 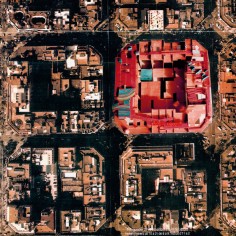 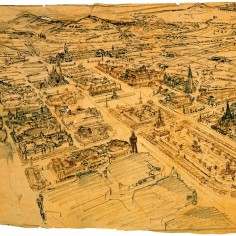 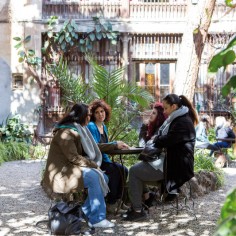 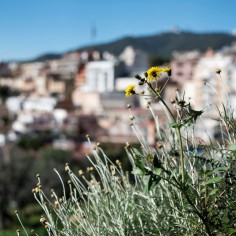 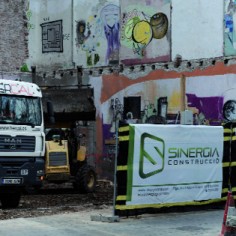