At the 2004 Game Developers Conference in San José, three researchers presented an academic paper that has become a benchmark amongst video game creators. The paper introduced MDA (Mechanics, Dynamics and Aesthetics) as a new paradigm for the process of game creation. While authors create mechanics that give rise to certain player dynamics, which are in turn represented through an aesthetic (how these things are displayed), players take the same path in reverse order. If initial perceptions – aesthetics – are not pleasing, players will never enjoy the mechanics or experience the dynamics as they were envisioned.

Even through these three concepts may seem different from each other, they are in fact profoundly interrelated. Proof of this point is to be found amongst our three video game developers, who got their start on the creative end of things but later developed their talent in all three realms simultaneously. 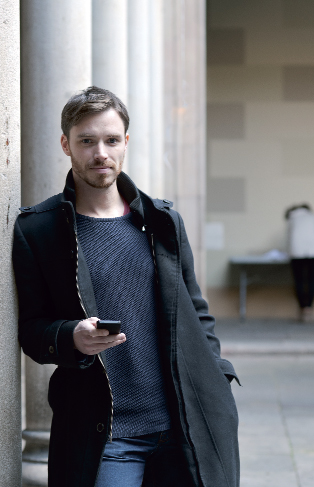 Andreu Taberner (Mataró, 1980) is an architect. One day, while conversing with his friend and partner Lukas, the two set it upon themselves to create a video game. They first took it on as a personal challenge, like a wager to see what would happen. But what started as a crazy idea over coffee turned into a professional project that took several months to develop.

The result was Stubies, a game created exclusively for Apple devices where Andreu was able to put into practice a design concept that consists of “being a stickler for detail”. The game features small coloured characters with square heads who move freely around the screen. Players must control them in a way that makes them collide with each other and overcome the 60 challenges that comprise the game.

For Andreu, the role played by aesthetics in the user experience is an essential part of the production process. This is the trademark of his creations and is found in all aspects of his games, from graphics to the way players interact with the characters. For this reason many tests were carried out on this game to ensure that players felt comfortable and that the learning curve was carefully balanced, hence ensuring that the game’s challenges were reasonable. This process of continuous improvement did not end with the game’s release. After it had already appeared in the Apple Store, Andreu’s team continued to analyse user responses to improve each level.

It is no wonder, then, that Stubies gained notoriety in a number of countries. It all happened without start-up capital, just the creators’ time and their savings. Nor did they launch a marketing campaign, quality being their only seal. 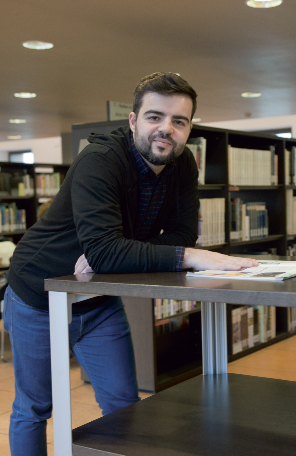 A different kind of starting point is that taken by Rubèn Farrús (Balaguer, 1983). He has served as head of development for Spirits of Spring, a video game for iOS devices released in the last quarter of 2014. Its narrative is strong enough to captivate players and not let go of them until they make it to the end of the story.

Rubèn and his team wanted to be on a par with other artistic disciplines and base their game on a topic close to their own lives. That topic was bullying, something that many workers at Minority, the company that developed the game, had experienced personally. However, the game does not deal with school bullying in the literal sense. Instead, it does so by means of a metaphor inspired by Cree Indian stories as told to Rubèn by a worker at Minority. All the mechanics that drive the game are derived from this story.

Using personal experiences as a starting point has changed the entire creative process. Some mechanical and kinematic aspects (small scenes that appear independently to explain the story) had to be changed at certain moments of the game’s development in order to ensure that players have the correct experience. Farrús explains that what really counts in bullying is what could happen rather than what actually happens to someone. The game thus has no blows or fights, just the terrifying presence of bullies. 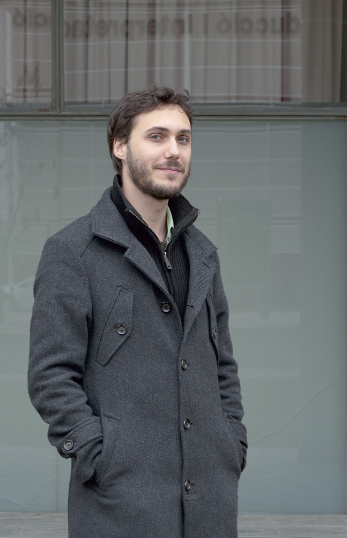 Kevin Cerdà (Sabadell, 1988) likes to tell stories, and his take on video games is that of a narrator who uses the game to create memorable moments centred on the player’s overall amusement. This “player-centric” concept makes it clear to the players that, although games contain created stories, themselves are ultimately responsible for the way these stories are perceived.

A good storyteller, Kevin gets his ideas from all kinds of sources: films, books, talks, exhibitions and even the small games made with Flash that years ago often kept us entertained at the computer. Anything can become the seed for a new game. When Kevin gets an idea he writes it down in a notebook and builds on it until he can visualise the design of a game with a narrative and its own mechanics. Many ideas never leave paper, but staying creative in this way enables him to see which ideas are worth developing.

One idea that saw the light of day was Nihilumbra, an iOS-based game released in 2012 for smart phones and tablets, and that later migrated to computers. It was well-received and won various awards. In this game we find ourselves in the company of Born, a character who appears out of nowhere and flees from a Void that is trying to trap him. To be successful, players must use colours to their advantage. The result is a platform game with interesting challenges and a very well-designed learning curve.

Andreu, Rubèn and Kevin are part of a generation of indie game developers from small independent studios that endeavour to create high-quality products based on the unique perspectives of their creators. They have all developed their own working methods and accumulated experiences in the game industry that complement each other and could serve as benchmarks for future artists who are now learning the craft.

Andreu is known for the enthusiasm he brings to his work and for the way he strives for perfection in all processes. This approach breeds a kind of slow-simmer creativity where results are analysed pragmatically. Rubèn believes that game designers should continually ask themselves why they include or remove certain elements. They should also engage in extended discussions with their teams to determine criteria to be expressed through their creations. Meanwhile, Kevin prefers coming up with a single sentence that defines a game and then marshalling all involved components in line with this definition.

All three start from different vantage points, but their projects have the same common denominator: work carefully done with attention to minute details so that the final product turns out as they had hoped. Their ultimate goal is to attract players using a particular aesthetic and then supply them with experiences made possible by the mechanics employed. Quite a challenge, indeed.