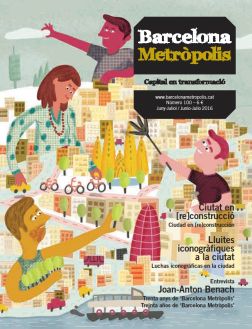 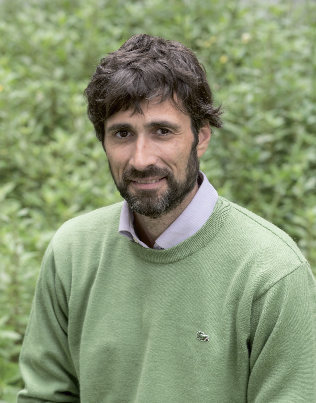 Marc Vergés was diagnosed with a chronic autoimmune disease when he was just seventeen. His medication produced side effects, and no one offered him any other alternatives. He pursued a degree in nutrition but was disappointed with the university training he received. He opted for Far-Eastern nutrition, such as that found in Tibet and China, and natural medicine. He is unsure whether he has been cured of the disease, but no longer has symptoms, and his health has greatly improved. The ingredients to his success formula were rest, exercise and a healthful diet.

He became a vegetarian for a period of time but had to give it up. He is a fan of the Palaeolithic diet, but treats each patient with their own personalised plan. His long-term objective is to get patients to reduce their intake of medications to the extent possible. “It is inconceivable that 65–70% of people are polymedicated by age sixty”, he says.

“We don’t burn as many calories as our ancestors did, because food is not so hard to come by”, says Vergés. A good strategy to combat overeating in general and align ourselves with Palaeolithic humans is to purify the body with purées and green vegetables: “Humans are genetically prepared to not eat. We hold up well fasting. Poor diet will bring on anxiety, depression and inflammation.” Vergés says that allopathic medicine (which eases symptoms) and integrative medicine (which goes to the root problem) must be combined instead of being mutually exclusive. He favours combining animal protein with raw food (uncooked or lightly cooked fruit and vegetables), but warns: “It is not feasible to prescribe a standard diet. I can’t guarantee that the Palaeolithic diet will work the same for everyone.”

Vergés is an advocate of ecological products and is critical of transgenics, which should have been used to eradicate hunger and combat pests but have become a business for elites. As regards the likely implementation of the free trade agreement between the European Union and the United States (the Transatlantic Trade and Investment Partnership, TTIP), Vergés said that American food and products are unhealthy. “If their products do not conform to our standards then they should be sold at very high prices”, he says. 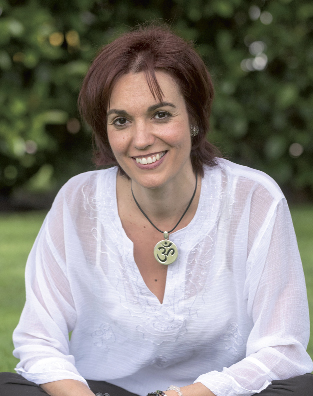 Marta Castells teaches yoga and nutrition at the David Lloyd Club and is the author of Vegana i catalana (Vegan and Catalan; Vienna Editions, 2016). Her interest in diet was awoken during her end of high school trip. “Everybody had good digestion except me. I was suffering from stomach pain and constipation”, she recalls. She gave up cured meats and started eating wholemeal bread. She learned to cook and enjoyed it. At the age of twenty she began a regime of macrobiotics and yoga. Marta always asks if her students often feel cold or hot. “Without knowing that, what good does it do to say that yin foods are cold and the rest are hot?”

The ideal thing is to start with simple habits. “If you start off with a diet that’s too strict, the chances are you’ll be off it soon”, she says. Dietary changes did not give her results until she took the decision to become an adult: “I thought I had to change the world by myself and failed miserably. Instead of looking for a homeopathic cure, I cured myself.” She insists that there are no sure-fire methods or super-foods and associates food with emotions. “There is a culture, the cupboard we have eaten from our whole life: grandma’s croquettes, mum’s cannelloni. And this is something we continue to seek out.” Her recipes are vegan, but she cooks them “with the aim of including everyone”.

“If you break your arm, you’ll get a plaster cast. Acupuncture won’t do you any good”, says Marta. She is convinced that allopathic medicine needs to be combined with alternative medicine, although the financial interests of pharmaceutical companies don’t facilitate such approaches. Her method is to strengthen the individual and make them more aware of their body and desires without obsessing over aesthetics. “I’ve never believed that much in UVA rays. Nor do I think highly of anti-wrinkle creams.”

Marta, who is unmarried and has no children, is tired of women – some of them her students –complaining about their age and wanting to look young. “The body is an organism which will withstand almost anything if you keep it healthy and remain mentally and emotionally balanced”, she says. 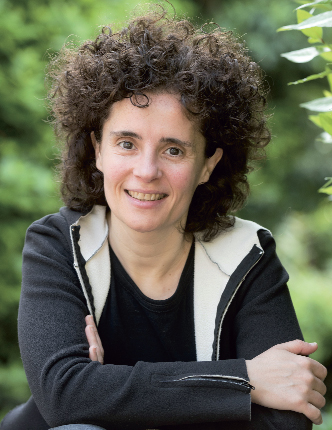 Consol Rodríguez is a visual artist and self-taught nutritionist. She was diagnosed with skin lupus when she was very young, and soon after that her father died of cancer. She chose homeopathy and learned to cook under the motto: “What can I do to improve my life through cooking?” She is the author of Raw Food Anti-aging (Ediciones Urano, 2016).

“I had a mouthful of cold sores and a scaly face. It was painful”, she says. “Now I’m fine.” She classifies allopathic treatments as “emergency medicine” and emphasises the importance of symptoms such as fever. She believes that autoimmune problems are a result of improper lifestyle and that, with good nutrition introduced in a timely manner, the incidence of most diseases that are now pandemic (cancer, diabetes, obesity) would drop dramatically: “The body that develops an autoimmune disease is no longer able to heal itself. We must prevent disease before things get to such extremes.” When she was diagnosed with lupus she visited an integrative medicine oncologist who prescribed a treatment based on juices, omega 3 and Bach flower remedies, which helped to reduce stress, as well as lifestyle changes.

“We are not supermen and cannot perform all the time. We must understand ourselves and work out what’s gone wrong”, she says. “We are what we eat and what we breathe. We are everything we do.” As a child she gave up meat and more recently seafood, legumes and seeds. She is vegan for ethical reasons and emphasises that “we must listen to our bodies”.

She became a raw vegan following a relapse of her disease while following the advice of a vegetarian cookbook which encouraged high vegetable protein intake and advised against eating raw foods. “The basis of the human diet should be nuts and raw vegetables. Eating uncooked vegetables enables us to benefit from their properties and to preserve our enzymes”, she says. Her recipes – based on vegetables, fruit and sprouted seeds – make for a lively and varied diet. She believes in eating an intuitive diet that includes all the colours of the rainbow. “Colours reflect the chemistry of foods: carotene dyes everything yellow-orange; chlorophyll is green, and so on.”