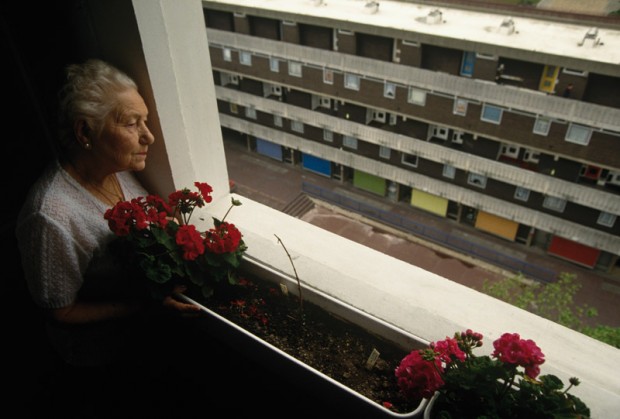 The loneliness of an elderly woman in a block of flats in London, in a setting that lacks any human warmth: the existence of a friendly neighbourhood is nothing more than an idea or wish.
Photo: Justin Tallis / AFP / Getty Images

We are always alone
but
sometimes,
we are more alone.
Idea Vilariño

In Barcelona, following a call by neighbours to force open the door of a flat, the fire brigade often these days, anything between one and two hundred times a year, find the body of someone who has been dead for several days. These dead bodies normally belong to old people, most of whom die in complete solitude, after a fall, a heart attack, asphyxiated by the smoke of a poorly stubbed out cigarette or a gas leak, perhaps waiting for help that never came.

Over the course of our lives we typically experience moments of liberating solitude, and others when, lost in a sea of unwanted isolation, all we can do is to try to keep afloat. There are even times when the loneliness is so unbearable that we embrace death as the only means of escape from a world that is no longer ours, and that we believe has nothing to offer us.

“There are days,” suggested the Parisian writer Colette (1873-1954), “when solitude… is the wine that makes us drunk with freedom, others when it is a bitter tincture, and others still when it is poison, and smashes our head against the wall”. In a memorable text about the experience of illness, the doctor, historian and philosopher Pedro Laín Entralgo (1908-2001) suggested that the feeling of illness is essentially that of feeling threatened by discomfort, fear, impotence, the suction of the body and unwanted solitude. At any age, illness plunges us into that type of solitude. These sensations of pain or panic, meanwhile, cannot be expressed, and serve to isolate us from others. We can share our joy or sadness, but not a toothache. 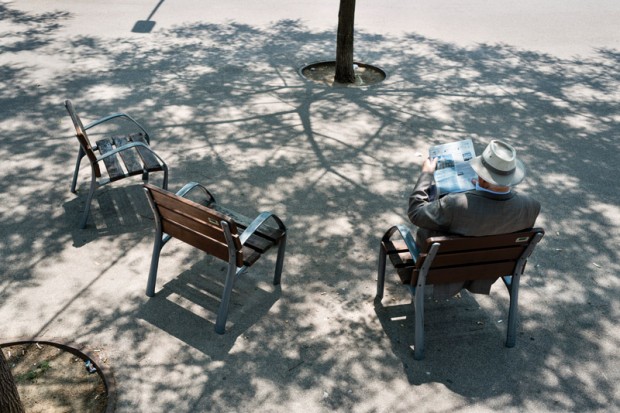 An elderly man sits reading the newspaper on the Ronda del Guinardó, near the Parc de les Aigües.
Being alone need not mean feeling lonely, which is the truly important and undesirable aspect.
Photo: Dani Codina

Suffering and death are an affliction of the person, not the body

In the case of an ageing society like ours, for old people who live alone in flats with no lift, and fall suddenly to the floor far from the telephone or any other means of calling for help, and also those who are dying slowly of a neurodegenerative disease in a hospital bed or old people’s home, far from friends or relatives who have already passed away, death typically appears, like Godot, in its most unappealing garb. The German sociologist Norbert Elias (1897-1990) asserts in an essay on the loneliness of death: “When the dying person feels that his life no longer has any importance for those around him, then he is truly alone”. And no one, no human being, should die without another person by their side. Which should seem all the more absurd when, in a big city, just a few metres away there are hundreds of other human beings around, some of whom feel just as lonely.

The doctor and public health specialist Eric Cassell (New York, 1958) wrote that “Suffering is an affliction of the person, not the body”. And having reached this point, what matters is to ask of the protagonist, the man or woman who is dying: what is in truth a person?

One day a friend mentioned to the British philosopher Gilbert Ryle (1900-1976) that he would like to get to know the university, and Ryle offered to accompany him around Oxford. He showed him the libraries, laboratories, the lecture rooms, introduced him to professors and students, watched a tutorial in progress, strolled around the grounds. At the end of the tour, Ryle’s friend surprised him with the question: “Yes, but where is the university?”

It is easy, wrote Ryle, to make the error of categorisation. The libraries, laboratories, the professors, the students, the lecture halls, etc., allow the university to assist, but they are not the university. The same thing happens with a person. The person is not the organism, not the brain, not the surroundings, not the family or cultural ties. The person is the always provisional result of an individual interactive story played out in specific physical, cultural, social and emotional settings, through language and other forms of communication. Like the university, a person has no res extensa; while we live we are a developing, changing and unique biography. The person is the journey. A journey that begins when we are born and ends when we die. If we understand the person, we understand the importance of loneliness.

An excerpt from the autobiography of the Scottish physician and politician Archie Cochrane (1895-1958), the father of the “Evidence-based Medicine” that predominates in the Western world, is hugely enlightening in my opinion as to the issue which here concerns us: “Another event at Elsterhorst had a marked effect on me. The Germans dumped a young Soviet prisoner in my ward late one night. The ward was full, so I put him in my room as he was moribund and screaming and I did not want to wake the ward. I examined him. He had obvious gross bilateral cavitation and a severe pleural rub. I thought the latter was the cause of the pain and the screaming. I had no morphia, just aspirin, which had no effect. I felt desperate. I knew very little Russian then there was no one in the ward who did. I finally instinctively sat down on the bed and held him in my arms, and the screaming stopped almost at once. He died peacefully in my arms a few hours later. It was not the pleurisy that caused the screaming but the loneliness. It was a wonderful education about the care of the dying.”

Another facet that I would like briefly to mention is the relationship between loneliness and dementia. In an interesting long-term project undertaken in Sweden, the researchers took as the baseline all the people in the city of Kungsholmen aged at least 75 and who showed no signs of dementia in the individual examination that they underwent. 1,203 people who fulfilled these characteristics took part, and the researchers analysed the network of social interactions that each of them had in place. After three years, these same individuals (those who were still alive) underwent a second examination, the finding being that 176 of them this time around were diagnosed with dementia. The results of this study, comparing the data on those who did and did not suffer the onset of dementia during the period, leave little room for doubt: poor or limited social interaction increases the risk of a dementia diagnosis by 60%. In other words, loneliness makes people more vulnerable to the deterioration of their cognitive capacities.

Being alone is not the same as feeling lonely

A more detailed analysis of the findings of the research team allows us to go a little further in understanding the phenomenon. And when we do, two interesting traits emerge. First, the important factor in protecting people against dementia is not the existence of one single type of emotional relationship, even if it is as intense as a marriage, but rather the range of contacts. The vulnerability is lower among those who maintain a variety of fulfilling emotional interactions: spouse, friends, relatives, children, etc.

Secondly, the lack of a particular type of emotional bond (being widowed, example) does not necessarily mean greater vulnerability, so long as the person in question maintains in parallel other types of fulfilling relationship, since one type, at least as a factor protecting against dementia, can be compensated for by another.

The issue is not being alone. The issue, as Norbert Elias indicated, is feeling lonely.

When a terrible heatwave affected much of Europe in the summer of 2003, we saw over the course of a whole week the fire brigade in Paris collecting more than two hundred dead bodies every day, while Milan recorded 13% more victims than in the same period the previous year, but in Rome, Naples and Palermo there was no significant increase in deaths as a result of the heat. One hypothesis as to this difference was suggested at the time by Vittorio Nozza, the head of the charity Caritas Italia, who believed that social cohesion was stronger in the southern regions, and that the real cause of many deaths was not the temperature, but solitude. 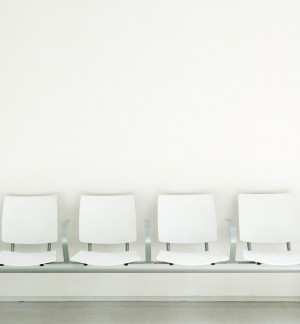 Laín Entralgo writes in his essay The Wait and the Hope: “I have recalled on more than one occasion the incisive reflection by André Gide on the waiting room sign at a humble railway station in Spanish Morocco: ‘Quelle belle langue, que celle que confond l’attente et l’espoir!’ (What a beautiful language, that blurs waiting with hope!). Gide’s charming elegy is not entirely true, since Spanish does tend to make a very clear distinction between ‘espera’, ‘waiting’ (as in Gide’s sign for ‘Sala de Espera’) and ‘esperanza’, or ‘hope’. But the truth is that, in both poetical and real terms, every ‘Salle d’Attente’, is in a way a ‘Salle d’Espoir’”. Waiting for death. In the words of Montaigne: “The premeditation of death is the premeditation of freedom. He who has learned how to die has unlearned how to serve”.

Death forms part of life. A recent account by the neurologist and scientific writer Oliver Sacks (1933-2015) helps us to find meaning in death as an episode that draws our biography to a close. In an open letter to the New York Times, prompted by his imminent demise as a result of an untreatable cancer, he summarises his farewell from life in just one word: gratitude. 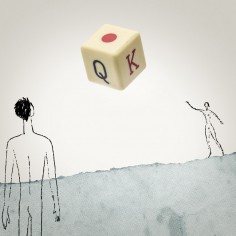 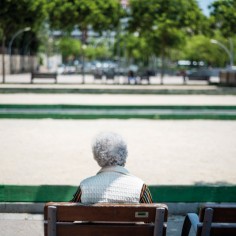 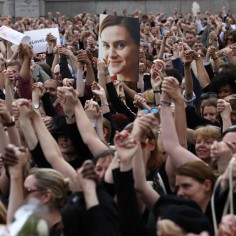 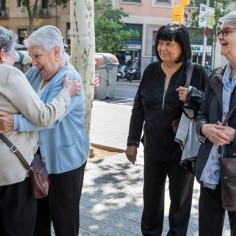 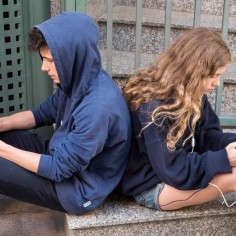