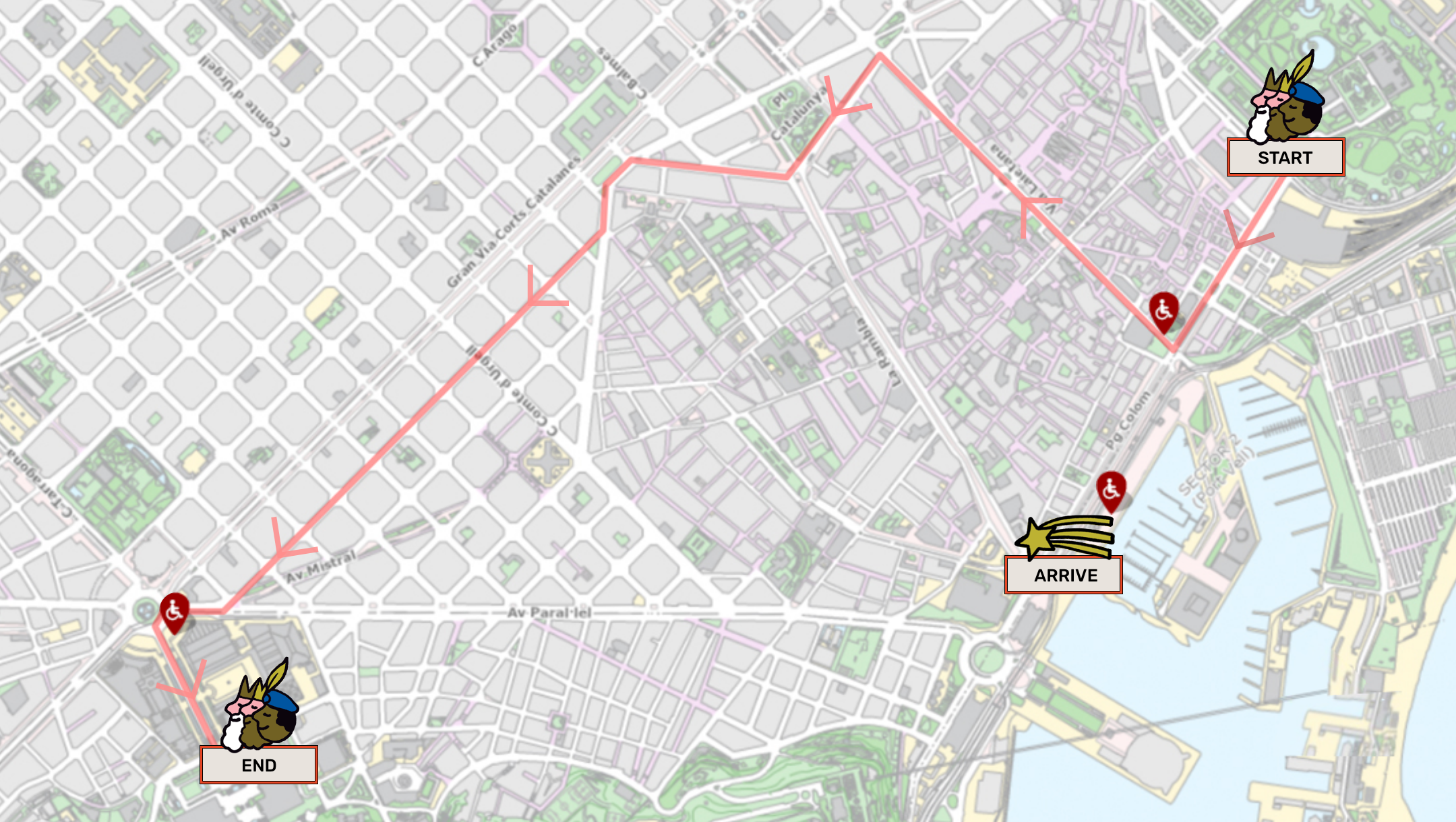 Schedule for the head of the parade:

Their Majesties, the Three Kings of the Orient, arrived at Barcelona Port, on board the schooner, the Santa Eulàlia, at 4 pm, on 5 January. The port played host to the ceremonial welcoming of the Three Kings, who were handed the key to the city, so that Their Majesties could enter and leave gifts in every household in Barcelona on the magical night of 5 January.

Having crossed the Mediterranean from faraway lands, Melchior, Caspar and Balthazar and their entourage of fantastical creatures arrived at the Moll de la Fusta wharf, where the Mayor of Barcelona greeted them and handed them the keys to the city. This was immediately followed by the Three Kings’ Parade along the city’s main streets and up to the Magic Fountain at around 9 pm. This year saw the Kings accompanied by a retinue of curious characters, including the toy inventor, the gift wrapper and the tree planter. And not to mention, of course, the royal pages who collected the last remaining letters for the Kings, and the coal float, dummy collectors and sweet distributors and so on. And many of these were decked out in new costumes as brilliant as the sun!

For 2020, the retinue offered a show lasting some 45 minutes, divided into 11 large blocks, with close to 1,200 participants, including dancers, actors, performers on stilts and volunteers, who, between them, put together the city's most important and participatory street show. Check out the new features of the 2020 Three King's Parade.

Three adapted spaces were arranged for people with reduced mobility throughout the parade's route. The public were advised to reach these points before 5 pm. The spaces were located at:

Advice before the event

Advice during the event

Advice in case of emergency

Schedule for the head of the parade: