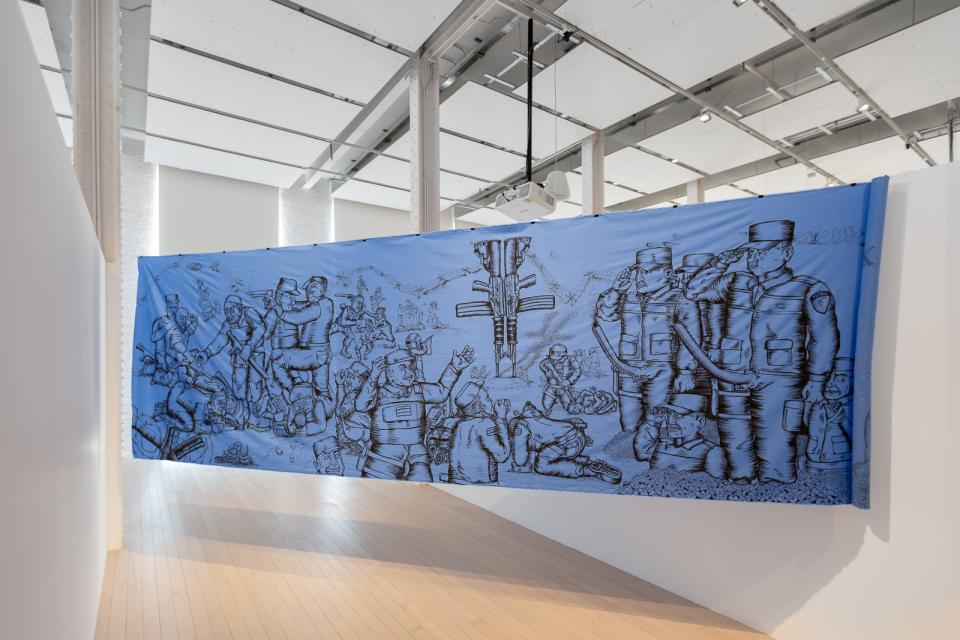 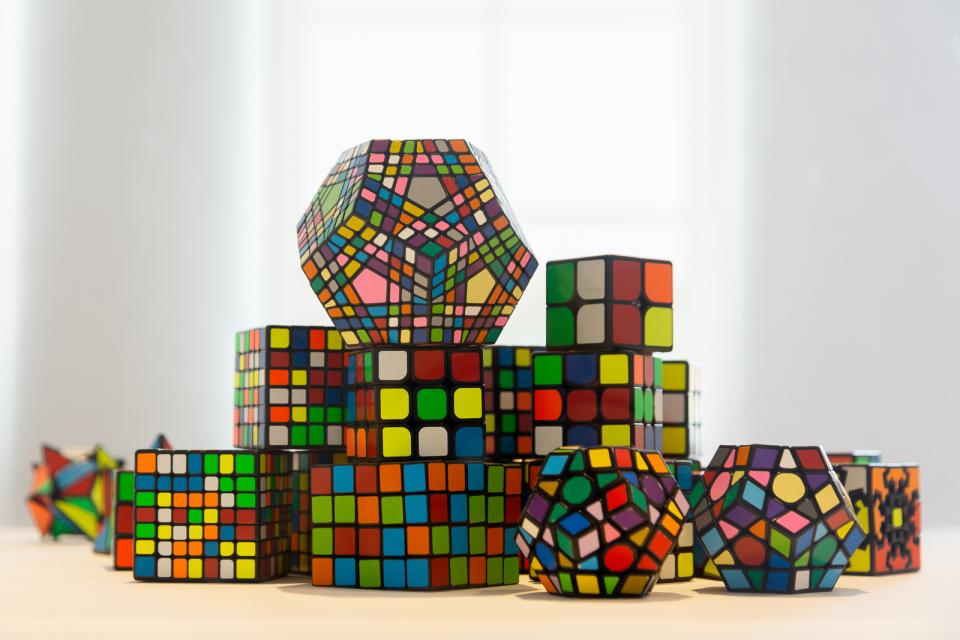 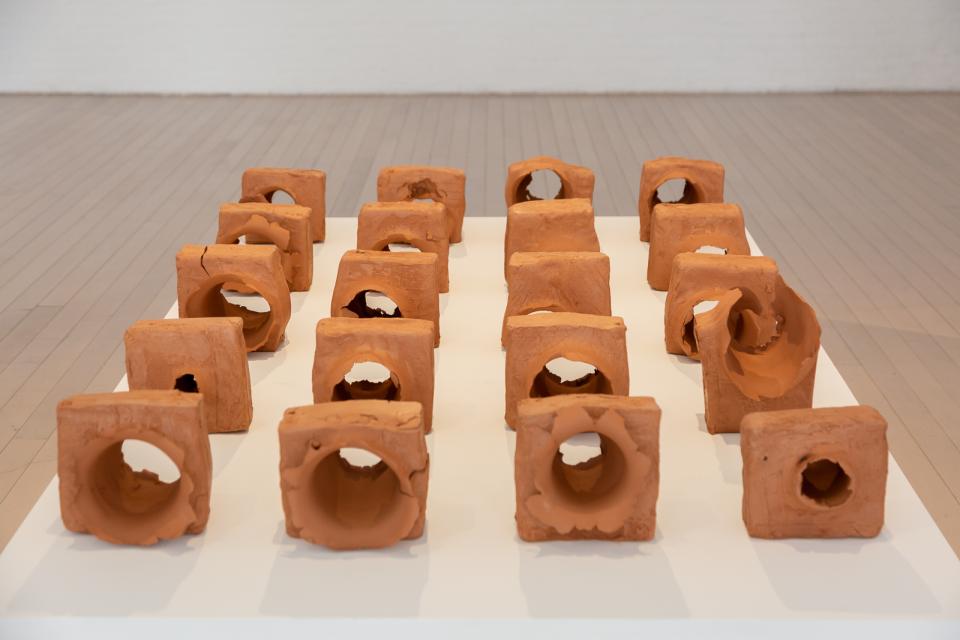 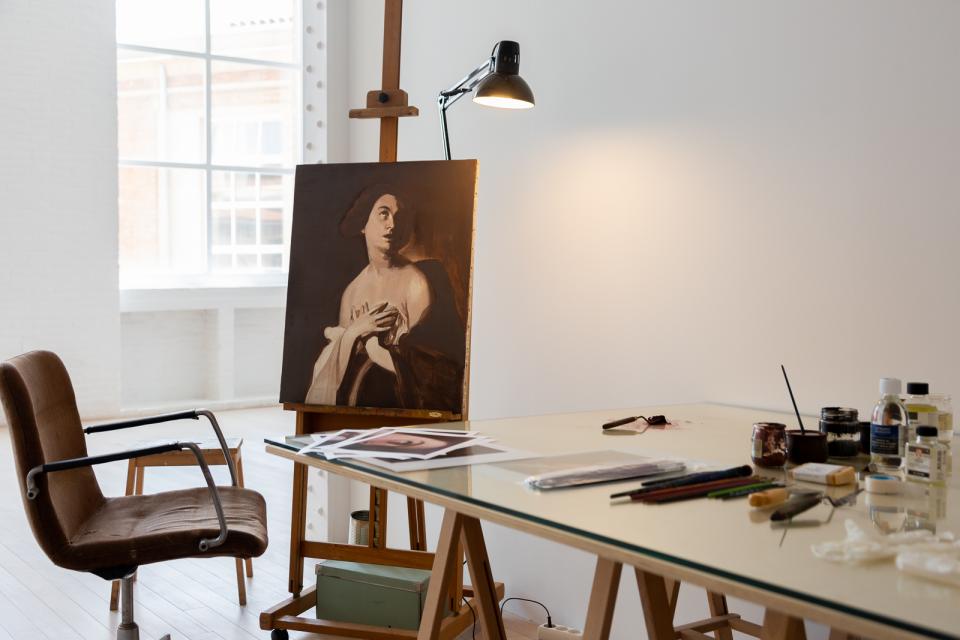 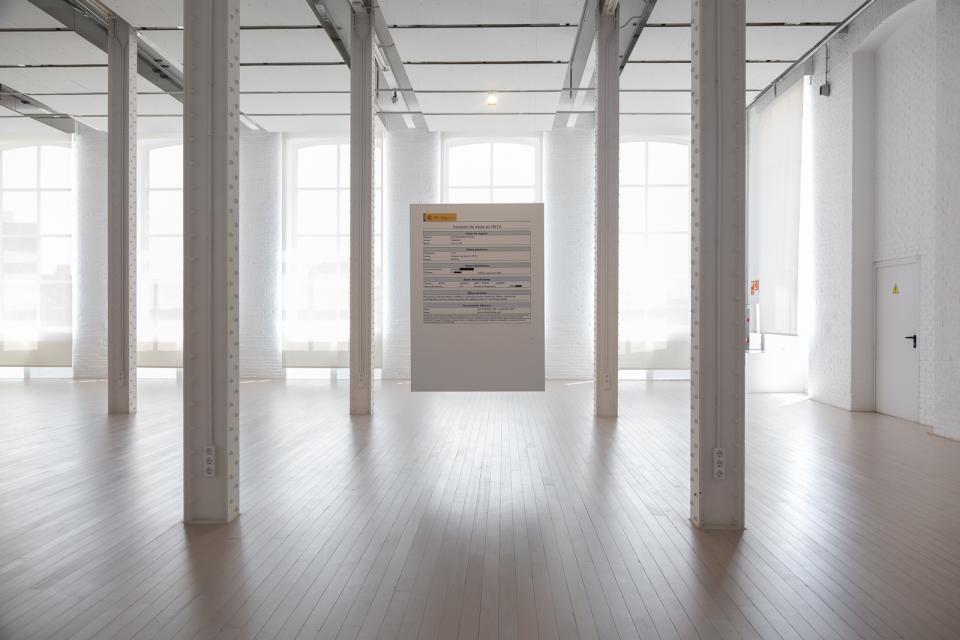 In terms of power, what unsettles Núria Güell most, isn’t the power that is legitimised solely through force or violence, but the power that is legitimised through Truth, acclamation, through moral Good. Power that is represented as (a) Good is much harder to avoid, because goods are not only a response to a need but also, and above all, represent a source of satisfaction and enjoyment. Collectively, as subjects, we enjoy conforming to a power or being reciprocated by it and this power is held by anything on which we project, consciously or unconsciously, the value of (the) Good. Those fetishised things, on which value or power is projected are those that govern communities. And who can refuse to obey a mandate for the “common good”?

Greatly simplifying, for All Order Is Required Pure, the artist uses previous projects as a channel for delving into the moralistic and totalising decline of current public opinion, clearly visible in the redeeming intention of cultural institutions, and at the same time for questioning her, the artist’s, own involvement in this decline. Through this process, Núria answers the institutional request for a retrospective exhibition with five new proposals and the complicity of seven artists, three thinkers, two ex-prisoners, some priests and a youtuber nun.

We tend to imagine power as the organisation of forces that are at the top of the social pyramid and which, from their privileged position, manage, oppress and abuse those below. However, most subjects, regardless of their gender, crave power for themselves, they dream of social success, how to obtain recognition of their worth; and oppressed or excluded communities rebel, they want to empower themselves, they yearn for a portion of power. Isn’t it confusing? What is power? How is it created? Where does it come from? To have power is to have force? Are power and force synonymous?

Let’s try to respond to these questions with the help of a model of absolute and universal power, most likely the first absolute power: God. The God of Judaeo-Christian culture is all-powerful; not only is he the Lord and Creator of all things, but he is also omnipresent, he is everywhere, he sees and can do all things. And if an all-powerful being, a God that has created you and everything else, tells you what is right and what is wrong, you accept it no questions asked, with, of course, devotion. From this stems morality, both religious and secular. But if religious moral codes are dictated by the all-powerful being or his representatives on Earth, in the case of secular moral codes, what power dictates them?

To follow strict religious moral codes, one must believe in the power that dictates them; one needs faith, faith and recognition. Recognition because, given that God is invisible, he must be recognised in and by his actions; the hand of God must be recognised in the storm that is coming, in the conclusion of a battle or the prosperity of the community. Therefore, what the members of the community have in common is the power around which they orbit, it is what they believe in and recognise. The community is created in the ritual action; the participants in the ritual act comprise the community. A very clear illustration of what I am referring to is found in religious communities but it can also be found in every type of community. In national communities, for example, the “nation” or “homeland”, which is the power around which they orbit, demands just as much belief and recognition as the Judaeo-Christian God, including regular rituals of recognition. Every existing community follows the same pattern: power, belief, recognition (acclaim), regular rituals.

Personally, I believe in the idea that all morality is public and belongs to a community order and that the community is based on a power represented by a word, a signifier, in other words, something that represents it, something like “God”. Fine, this “God” represents an all-powerful being but, where does the power come from that the signifier represents? I will answer with another question: Why do the gods, if they are so all-powerful, demand faith and constant recognition? Doesn’t it seem inconsistent? In effect, the power is given by the believers, the ones who recognise the god, hence the importance of the recognition of power. Subjects are constituted by recognising the power on which their community is structured. In other words, without a power that can be recognised, the subject cannot be constituted as such.

So, what we have is, ever since community existed, human beings have grown accustomed to projecting what we call “power” on some type of signifier so that what is represented has emerged as the thing that protects power, that is to say, as its representative and possessor. Believers no longer result from an abstract power, impossible to determine, but from the particular signifier who represents it. All belief is belief in the power of the signifier. For this reason, the value of a work of art tends to be placed on the object, rather than on what its perception generates or provokes.

If we accept that subjects, in the absence of a basis, need a community to belong to in order to become such and that said community is structured around a power, we will see a close relationship of dependence between subject and power, a mutual recognition. Subjects are established on the power that they themselves project on a signifier. For subjects, power is the thing that makes them such, it is what gives them an identity, what identifies them and therefore, power is (a) Good and everything that is structured by virtue of said Good is, in turn, a good or a value. From the moment a subject feels as though they belong to a community, their task consists in pursuing this “good” that identifies them, in observing its restrictions and obligations – which are nothing other than moral codes – and in acclaiming its values. We behave publicly in relation to the power around which our community is structured. And the Evil? Evil is, evidently, everything that contradicts the moral codes and values of the Good. There is no Good without Evil.

Where then lies the problem? It lies in the fact that there are as many human communities as there are identities and each of them demands recognition of their moral scope, of their power, of their Good(s), of their truths.

To better understand what I am trying to say I will use the example of political State, of legal status, which is constructed as a type of supra-community. Every individual born in the territory that demarcates the State belongs, whether they like it or not, to said State. They become citizens of the State but not every individual feels as if they belong to said community, not everyone recognises the power of the State. What they recognise is its strength and therefore they reluctantly observe its restrictions and obligations. And the State is a supra-community because within it is an infinity of cultural communities to which the subject, in theory, willingly adheres. In turn, the State may belong to a higher political or cultural community, as in the case of an economic community that includes various States.

As soon as a majority of subjects of the State no longer recognises it, it collapses, it falls apart. Where am I going with all this? Power is created through recognition and acclaim and it resorts to violence and force to try to ensure said recognition. However, power and force are not synonymous and a constant use of strength by a power to ensure its recognition by the majority of its subjects or followers is a sign that it has little time left in government. Then what happens? The king is dead, long live the new king.

In the artistic community, we use “statement” to refer to an artist’s declaration of intent about their work. However, this term is also used to refer to the declaration of intent of the curator regarding the exhibition, or of the museum, or contemporary art centre, regarding its programme. So, the text you are reading is the general statement about my exhibition, a retrospective exhibition that I have divided into three acts, with a digression and an epilogue, and created without displaying any of my previous work.
​

Insert - All Order Is Required Pure 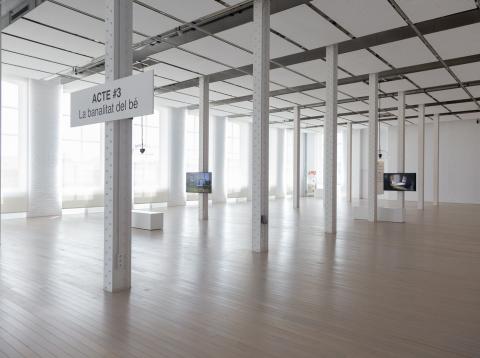