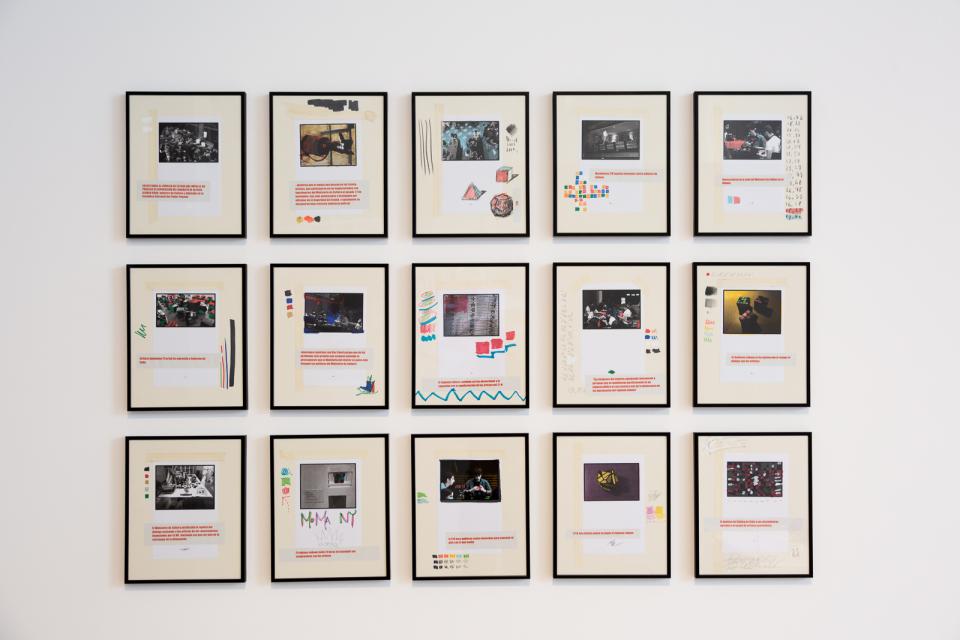 The year began with talk about the artist’s renouncement of being, at the very least, the centre of attention. With the artistic suicide of the duo formed by Broomberg & Chanarin and Martí Anson (con)fusing with the participants of his own exhibition, we discovered how it is possible to cease being an artist without ceasing to do art. Now the exhibitions of Núria Güell and Oriol Fontdevila use concepts such as the good and the beautiful to analyse the causes and consequences of this renouncement.

Many artists have at some time renounced their condition. Due to a creative crisis, more than one has stopped, abandoned and even destroyed their work, such as Rimbaud, Salinger, Michelangelo and Picasso, to mention just a few of the most famous. In Tarkovski’s film, Andrei Rublev, the 15th-century monk and painter of Russian icons abandoned his art during a crisis of faith: in a fierce world, where injustice and destruction reign, art is unable to transmit any prayer and therefore is no longer necessary. Perhaps, in the 21st century, art (not the artist) is more necessary than ever? Can we turn art into a pretty weapon against the prevailing system? These are some of the questions that the current exhibitions look at and which we want to further examine inviting Núria Güell and Levi Orta to chair two debates.

Art and faith, art and politics keep running into the question of the subject: on who does the responsibility of doing without being fall? This is the question that Hannah Arendt asked in the face of Eichmann’s blind obedience, the bureaucratic assassin and one of the many co-authors of the Holocaust. Güell reopens and reverses this viewpoint to question the authority exercised in the name of good intentions, whether of ecclesiastical or cultural institutions. Where does the "whoever does it pays for it” stand? Güell’s answer is Amadeu, Mohamed and Xavier, people who have been in prison and who Núria has requested to be security guards at her exhibition; but also, the willingly anonymous nun and priests, who speak in the name of a collective and the values that dictate laws and punishments.

If we delete the creator and think about the role that art plays in society, we must rethink the role of the cultural institution. From Catalonia, Núria Güell asks Who is behind a museum’s statements? Who executes its well-meaning objectives and how? In short, who speaks in the name of art or uses it to execute a series of globally established and politically correct programmes? These same questions but from the viewpoint of the current situation in Cuba are posed by Levi Orta, who invites us to reflect on the hijacking of an entire sector and terminology by the cultural authorities of Cuba. If previously art offered a loophole for fighting against the State, recent detentions of artists who are not supporters of its cultural policies have led many to shed their credentials. Is ceasing to be an artist, today, in Cuba, the only way to be able to continue making art?

Free activity with prior registration: activitats-centredart@bcn.cat​

Over ten years ago, Jesús, Raychel and Levi studied art together in Havana. In the past decade, individually, each of them has developed a notable socio-political interest. Today, all three live in Spain and come together to talk, based on their work, about the reasons and repercussions of what happened in Cuba on 11 July.
​They will also look at ideological misunderstandings, with an international left-wing that is blindly infatuated with a social project with which it justifies its own existence but of which only the myth and dream of what it could have been but never was, remains. In Cuba, following the events of 27N and 11J, when many artists were incarcerated and mistreated without any protection from the cultural institutions to which they belonged, a group of creators, in protest, renounced their credentials as artists.

The Banality of Good

If Hannah Arendt, in her thesis on the banality of evil, concluded that Adolf Eichmann was not a monster or a well of evil rather he simply wished to further his career as a bureaucrat and, therefore, had to comply with the orders of his superiors, their power, without reflecting on the consequences of his actions, what happens with the good? Do the preachers of good also limit themselves to complying with the orders of their superiors? Is there any possible benefit in obeying? What lies behind the concepts of Good and Evil? Doesn’t morality consist in obeying the mandates of Good and condemning acts that go against this mandate, without ever thinking about the consequences? Is Good used as a pretext to justify impulses that have nothing to do with politically correct and well-meaning statements? Artist Núria Güell has invited philosopher Laura Llevadot and psychoanalyst Neus Carbonell to a discussion on these thoughts.