The “Bombers amb Causa” solidarity calendar features Barcelona’s Fire Brigade once again. This is a solidarity initiative that is coming to its twelfth edition this year and in collaboration with fire brigades from the Catalan government, the Andorra government and the Vall d’Aran. The proceeds raised will go to funding projects connected to children’s health. 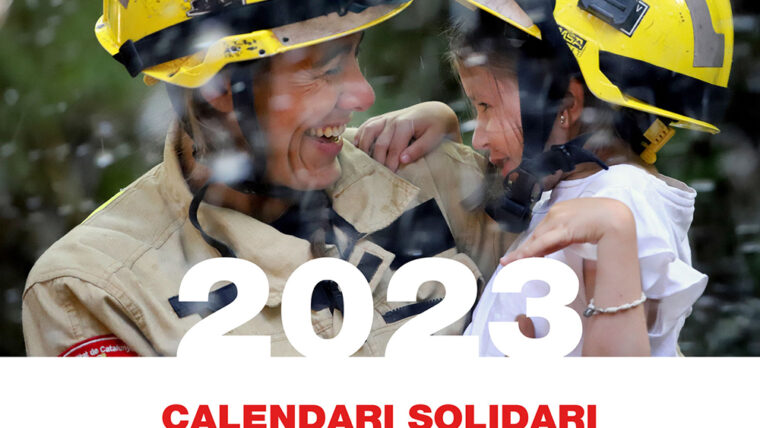 Where can you purchase it?

The 2023 Bombers amb Causa calendar costs 10 euros and can be purchased from the various fairs and outdoor activities that involve the fire brigade and from the  Obra Social Sant Joan de Déu’s online shop, the Abacus cooperative, several fire stations, L’Espai Bombers and several local establishments.

Tenderness as the central theme

The solidarity calendar’s new edition is based on tenderness. The calendar’s photo session features the life and overcoming-the-odds stories of children through pictures and texts illustrating the twelve months of the year and highlighting the risk of exclusion of children with a disability or who suffer from an illness or mental-health disorder.

In the Barcelona Fire Brigade’s case, the session was held in Parc de Montjuïc and starred Pau, an 11-year-old patient at Hospital Sant Joan de Déu. Pau, who only has 5% vision, was able to experience at first hand what the day in the life of a fire fighter is like. The photographer and photojournalist Montse Giralt was responsible for capturing these unforgettable moments from her camer.

Projects for improving the quality of life of children

The proceeds raised from selling the calendars will go to funding projects such as a study on improving therapies for children with chronic rheumatism that is being conducted by a research group led by Dr Jordi Antón at Hospital Sant Joan de Déu Barcelona, and which will receive 30,000 euros.

Continuity will also be given to projects from previous years, such as the extra schooling for newcomers under the Bayt al-Thaqafa Foundation, three projects relating to the mental health of children at Hospital Sant Joan de Déu – Terres de Lleida and a joint project between Hospital Sant Joan de Déu and the SJD d’Atenció a la Dependència Foundation called “A peu de llit” [Bedside], which provides home support for children who are terminally ill or suffering from a chronic illness.

A calendar committed to the well-being of children

2022 saw 82,405 euros raised which, added to the uninvested surplus from 2021, comes to 95,138 euros. The following initiatives have been funded from these proceeds:

The Catalan government’s Fire Brigade and Obra Social de Sant Joan de Déu have been collaborating on this solidarity project since 2011, following the initiative from three volunteer Catalan government fire fighters proposing the collection of funds for research into children’s diseases. 701,961 euros have been raised and 32 projects funded since then. 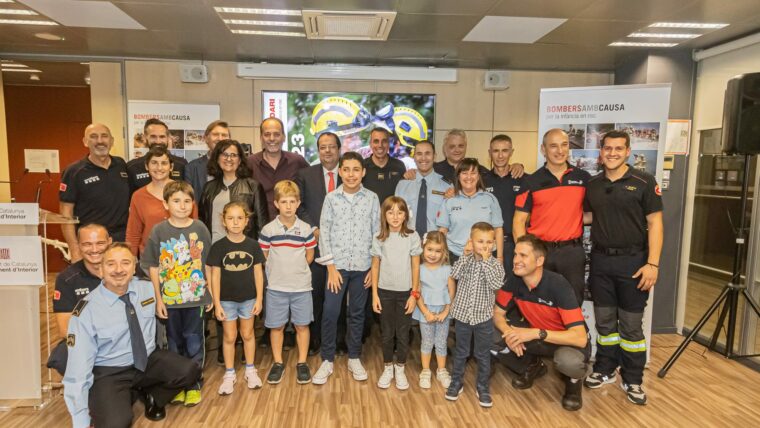