Bus and metro journeys almost back to pre-pandemic levels

The public transport networks operated by Transports Metropolitans de Barcelona (TMB) closed out 2021 with 424.8 million passenger journeys, an increase of 27.6% and nearly 92 million compared to the previous year. The figures reflect the gradual recovery since the slump in demand caused when the coronavirus crisis erupted. 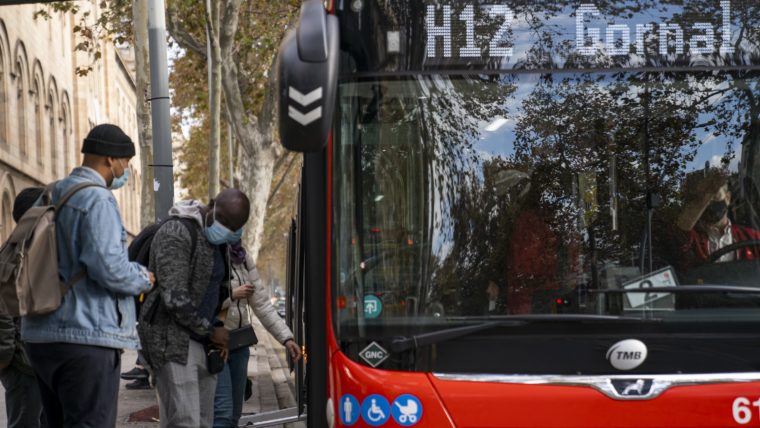 According to the provisional end-of-year figures, both networks saw a similar growth in demand. The metro service topped 278 million journeys, some 60.3 million more than in 2021 (an increase of 27.7%), while the bus service gained 31.5 million (an increase of 27.4%).

The recovery in demand mainly came in the months towards the end of the year. As a result, November saw the heaviest volume in passengers, with over 45.2 million ticket validations between the bus and the metro, followed by October, with over 44 million. These figures had not been seen since the start of 2020, when the volume topped 50 million journeys.

At the same time, tourists visiting the city in the summer helped drive demand on both transport networks. Between July and August there were 63 million ticket validations, some 34% more than for the same period in 2020.

January and February were the months with the lowest number of ticket validations last year, with 26.2 and 28.2 million respectively. The recovery in the volume of passengers was thus a gradual process throughout the year, even though the start of the sixth wave has slowed it up. 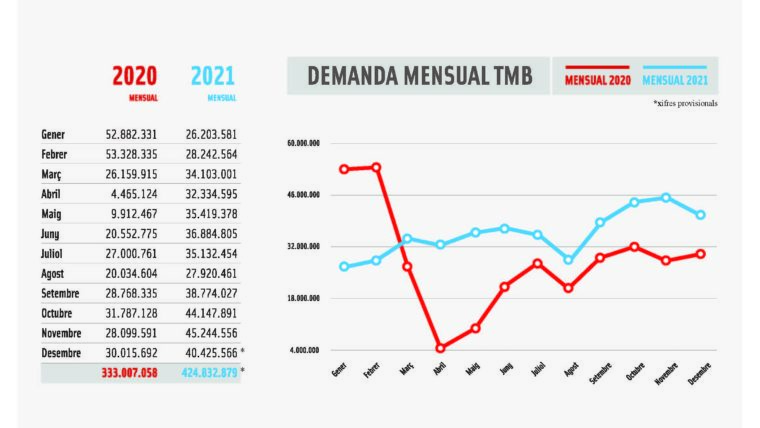 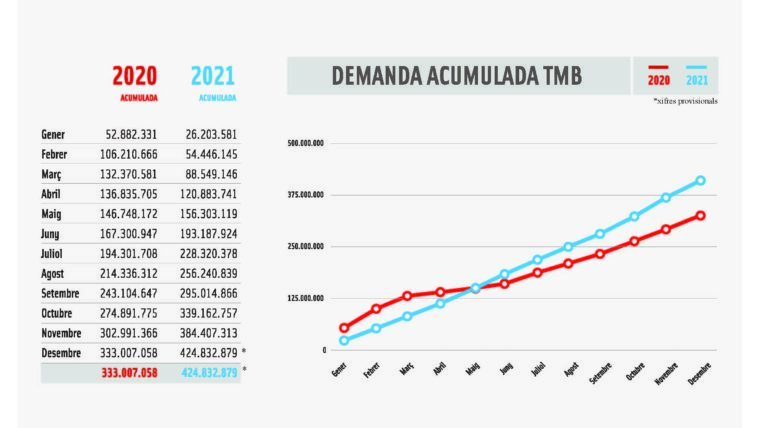 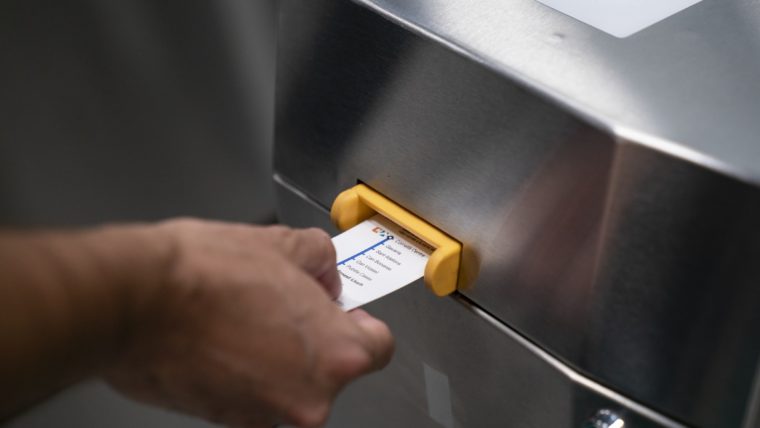