Proposals for the 25 November Prize can be submitted as of today, until 26 September. 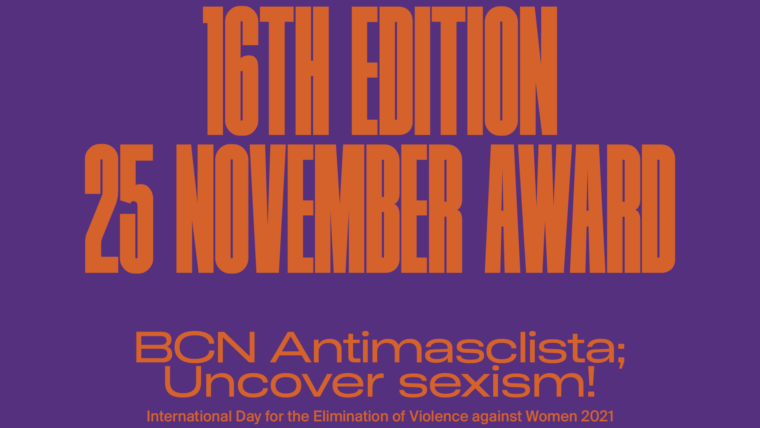 This year’s edition, which is being held under the motto “Anti-sexist BCN; Disobey sexism!”, aims to provide support for projects working on the prevention of gender-based violence, focusing on masculinities and the sexist social and cultural values that encourage, legitimise, sustain and reproduce this type of violence.

Reflection on dominant, hegemonic and traditional models allows us to analyse power and social privileges based on the sex-gender system, and to identify and detect how abusive or violent relationships are constructed.

This year’s 25 November Prize seeks to combat this social construction, breaking away from stereotypes linked to hegemonic masculinity and promoting relational models which are fairer, more equal and free from violence.. The idea is to provide a new impetus for the prevention of sexist violence, specifically emphasising this set of ideas, attitudes and practices based on the cultural attribution learnt from the superiority ascribed to male over female.

The aim of the award is to provide financial resources and institutional support to the winning project, which must not have been implemented before but which may be at the initial stage of implementation.

You will find full information on the call here.