From a technical perspective, this has been one of the most complex projects to be executed in the city to date. The tunnel is 957 metres long (1.157 metres including the access and exit ramps), reaches a depth of 25 metres below ground in Pl. Glòries, and is expected to carry the 78,000 vehicles which currently go through the area. The outbound tunnel will be opened to traffic first, with the inbound section due to follow next year. 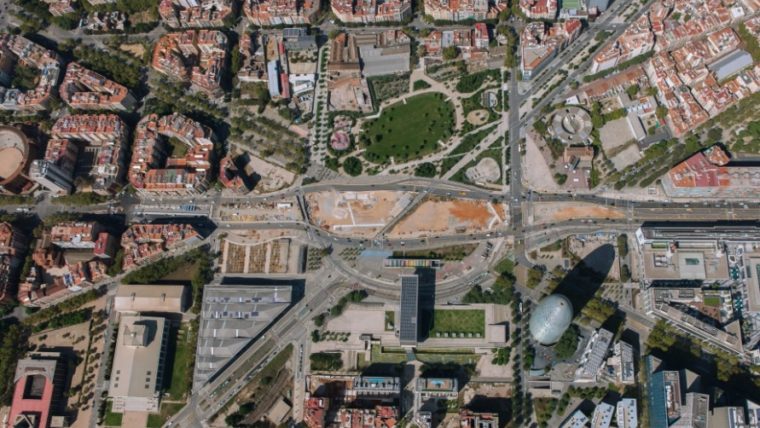 Work to dismantle the former traffic ring here began in 2014, paving the way for a gradual transformation of this part of the city. The next step comes on 6 November with the opening of the outbound road tunnel beneath Pl. Glòries, providing underground continuity for traffic on the Gran Via. The project comes in addition to the large green traffic-free area of 20,000 square metres for citizens on the surface.

Built beneath four railway lines (metro L1 and Rodalies R1, R2 and R3/4), the transition to this new form of mobility at this point in the city will bring some changes to be applied to traffic.

Outbound traffic on the C-31 heading towards Badalona/Mataró will go through the tunnel, as will traffic taking the exit for C/ Bilbao. At the same time, traffic accessing the Gran Via from C/ Llacuna will now have to use C/ Selva de Mar and go through C/ Perú. Until the inbound road tunnel opens, which should be early in 2022, vehicles can continue to use the surface roads in the square as they have been doing until now.

Circulation around the square for traffic heading towards the sea will be through C/ Castillejos, while vehicles travelling in the direction of the mountains will use the streets of Badajoz-Independència (outbound) and C/ Aragó (inbound). On the surface, space will be reserved for bikes, pedestrians and city buses. Inter-urban buses will circulate via the road tunnels.

The tunnels are expected to carry the current daily volume of 78,000 vehicles which pass through this area. Of these, inbound traffic accounts for 43,000 vehicles and outbound traffic 35,000. Before the work began, the overall figure at this point of the city was 95,000 vehicles.

The project has been one of the most complex carried out in the city to date, resulting in a tunnel of 957 metres (1,157 metres including the two ramps), with two independent tubes for one-way traffic, reaching a maximum depth of 25 metres beneath the surface in the square.

The project required the execution of 60,000 square metres of slurry walls (some in the centre of the square at a depth of 54 metres) and 25,000 metres of concrete columns. During the construction process, 25,000 cubic metres of groundwater had to be pumped out every day, the equivalent of ten Olympic swimming pools. The project features the latest technology for safety measures and control of the tunnels, with emergency exits every 200 metres and a new tunnel operational control point which has been transferred and opens a base in the municipal services headquarters in C/ Torrent de l’Olla.

The outbound tunnel will be monitored 24 hours a day.

In April 2019, during the first stage of the work, a new green space of 20,400 square metres was opened to the public. Another hectare was added in September with La Clariana, an open space with parasols, deckchairs, benches and seats, along with its own activity programme.

Work on this large space has continued this year with the approval of the urban development plan for Pl. Glòries on the side nearest the sea, between the streets of Castillejos, Badajoz-Independència, Consell de Cent and the Parc de la Canòpia. 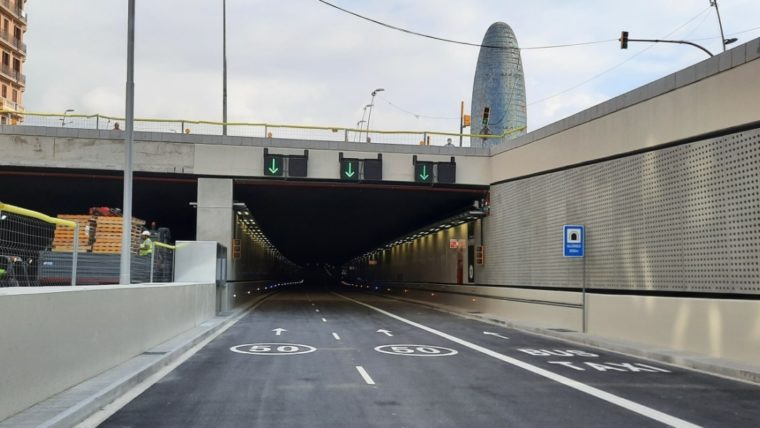 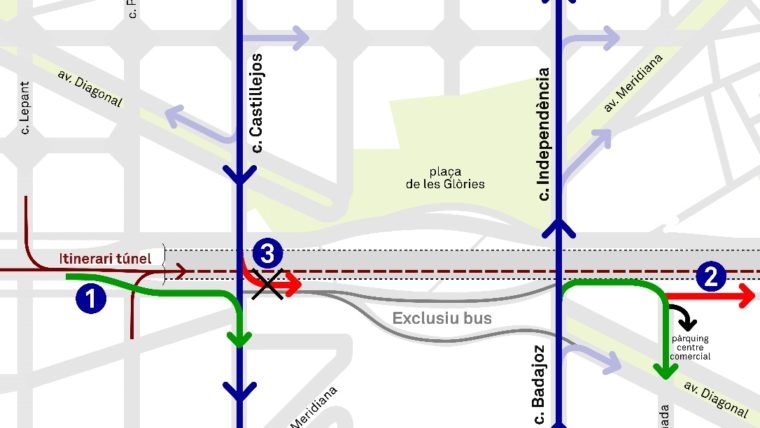 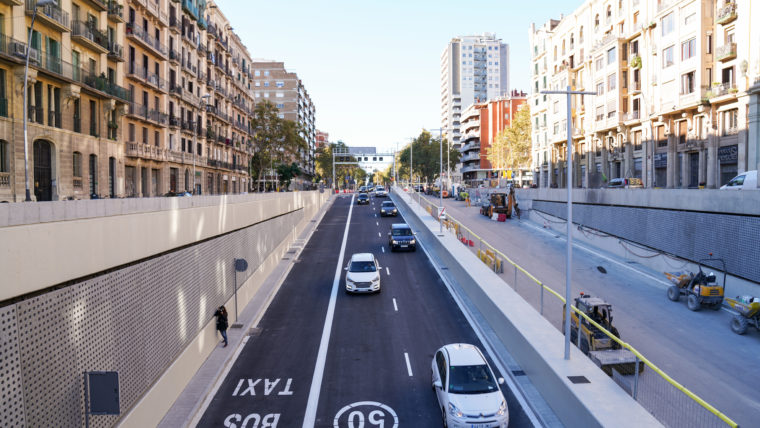 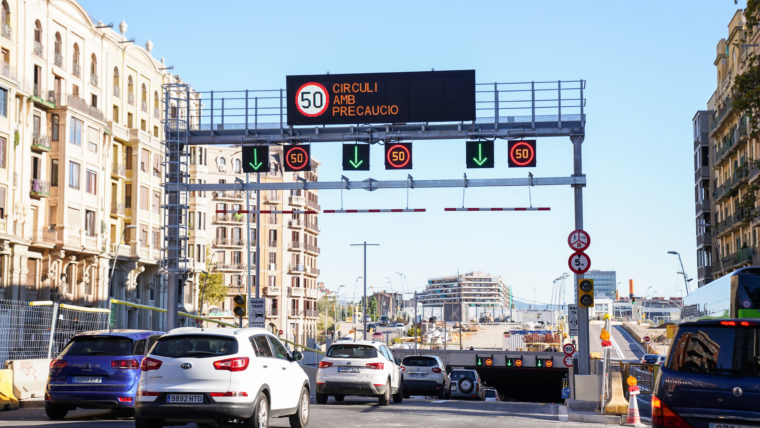 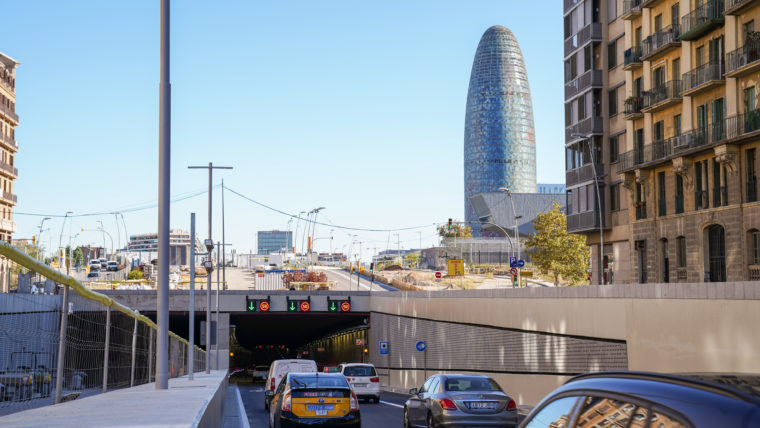