For inclusive language towards people with disabilities on public transport

A joint campaign with TMB seeks to put an end to the use of discriminatory labels such as ‘handicapped’ or ‘diminished’. The initiative also seeks to support the activity of the Federació ECOM, which this year marks fifty years of calling for the full social inclusion of people with functional diversity. 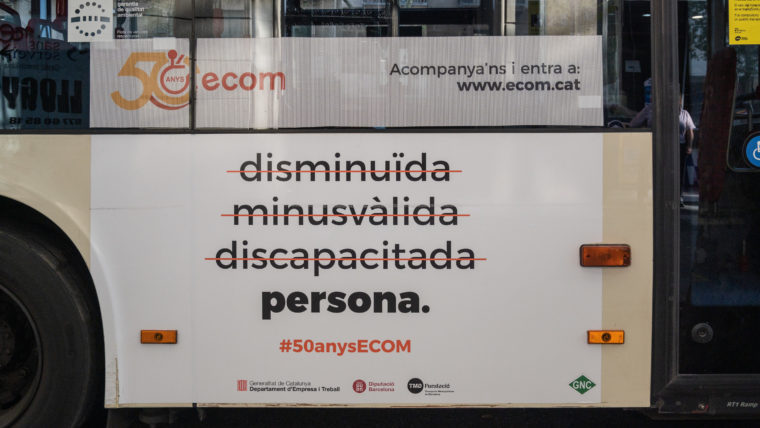 Language can be a form of discrimination with considerable consequences for those who suffer it. Because of this, to raise awareness on the use of inclusive language, a campaign is being launched on buses and the metro in the city in collaboration with TMB and the Federació ECOM. The campaign makes people aware about treating people with disabilities on equal terms and will run until 2 November.

The campaign seeks to raise awareness about discriminatory labels such as diminished, handicapped or disabled (in the case of the latter, an accepted term would be a person with a disability). The move also adds weight to the initiative brought before the Spanish parliament by a group of people with functional diversity on 30 September, calling for the term disminuidos (diminished) to be removed from article 49 of the Spanish constitution, subsequently rejected in a vote. The campaign calls for people with disabilities to be treated as citizens with full rights. 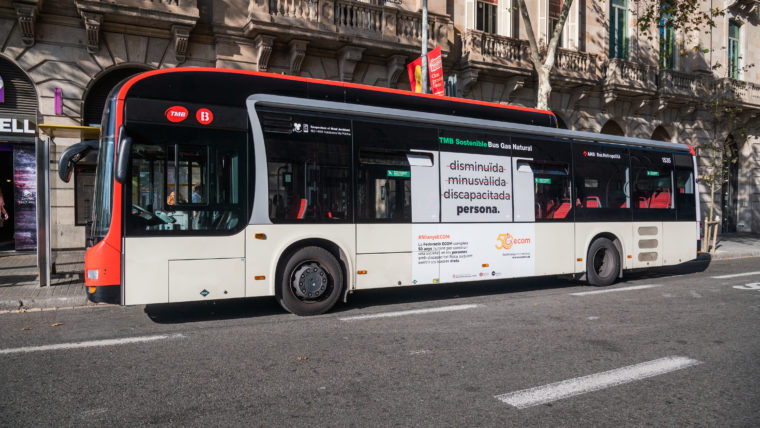 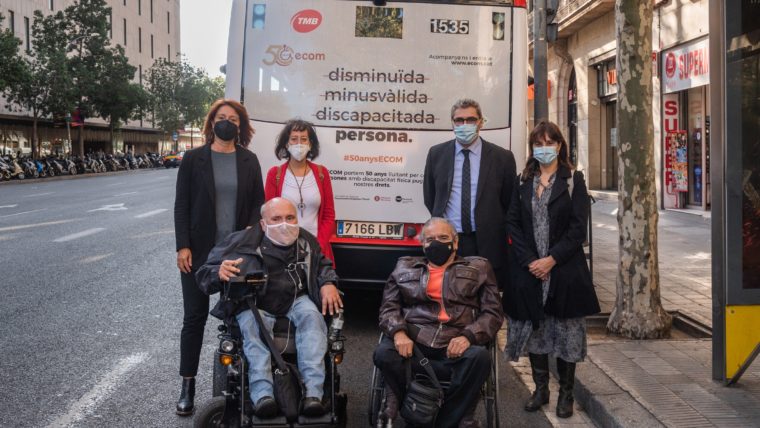