Everything you need to know about La Mercè 2022: programme, activities and calendar

La Mercè returns with a wholly face-to-face programme from 23 to 26 September, regaining its pre-pandemic format of no bookings and a diverse and decentralised programme featuring hundreds of activities. In addition to the music line-up presented in July, the festival includes street arts, popular culture and other activities ranging from sports to gastronomy, plus artistic options from this year’s guest city of Rome. 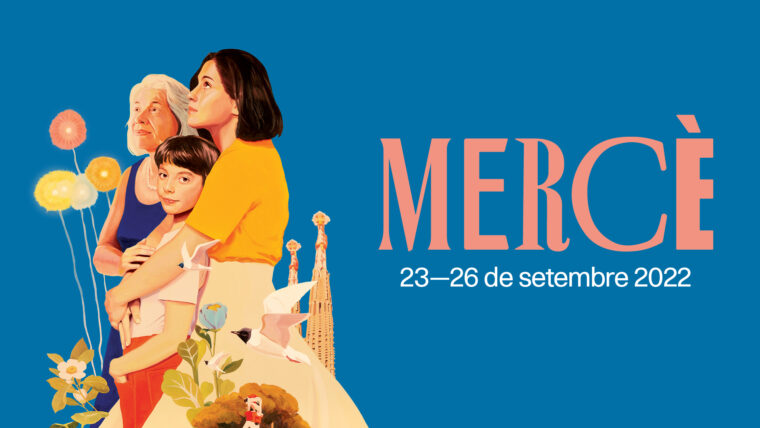 When is La Mercè?

La Mercè starts on Friday, 23 September, with the traditional opening speech at the City Hall and the inaugural ceremony in Plaça de Sant Jaume featuring the dance by the city’s giants and festive eagle figure. The festivities continue throughout the weekend and conclude on Monday, 26 September, with the music and fireworks spectacular in the evening. The only activity held outside of these dates is the Cursa de la Mercè fun run on 18 September.

Who is giving the opening speech?

The film director and scriptwriter Carla Simón is tasked with the speech to open the festivities for La Mercè. With full-length films such as Estiu 1993 and Alcarràs, the Barcelona author has become firmly established on the film scene with her intimate and humanist perspective.

What type of activities make up the programme?

The agenda for La Mercè includes a wide array of artistic disciplines around various points in the city. From concerts and musical performances in the BAM, Mercè Música and Acció Cultura Viva sections, to street arts in the MAC Festival, traditional popular culture ceremonies, the Terra i Gust gastronomy fair and the fun run. The programme also includes awareness activities by organisations and associations in the city with “Associa’t”, which includes a new section at the Olympic Port by the name of Dissabte Blau, explaining the transformation of this public space, plus workshops disseminating information on the sea and the oceans, courtesy of the Institute of Marine Sciences (ICM) – CSIC, and dance and circus shows and the music of Joan Colomo.

What venues will be used for La Mercè?

La Mercè returns with a decentralised programme, including twelve concert stages and seven spaces for street arts, plus dozens of streets and squares filling with popular culture ceremonies.

What concerts and musical performances will there be this year?

Consecrated artists, new talent and new forms of creation make up the broad array of concerts for La Mercè, offered by the three music sections for the festivities: the BAM, Música Mercè and Acció Cultura Viva.

What theatre shows, circus, dance and street arts are being organised?

What popular culture events are in the programme?

Giants, devils, bighead figures, stick dancers, human towers groups and more. The city’s wealth of popular culture shines as brightly as ever during the festivities for La Mercè, offering all sorts of activities to enjoy. On top of the traditional opening ceremony, there are human towers gatherings on 24 and 25 September, along with music, dance and films linked to this tradition in three large venues: Plaça de Sant Jaume, Av. Catedral and Plaça de la Mercè. In addition, after an absence of three decades, this year brings the return of the Nit de la Vigília on the evening of 23 September, with the city giants, the Pi giants and the Santa Maria del Mar giants taking centre stage.

What’s the guest city this year?

The talent and creativity of Rome come to the city in the form of shows, concerts, screenings and other activities organised in conjunction with the city council of the Italian capital and other bodies such as the Italian Culture Institute of Barcelona, the Italian Chamber of Commerce in Barcelona and the Italian Embassy. Rome’s presence means activities such as the three open-air film sessions in Plaça de la Mercè, performances by Italian singers such as Alessandro Mannarino, Vinicio Capossela and the Rachele Andrioli women’s choir, plus the street art shows of the Spellbound Contemporary Ballet company, Andrea de Siena and the theatre puppet creation centre Teatro San Carlino.

What will this year’s music and fireworks spectacular be like?

The music and fireworks display regains its pre-pandemic format with a single stage in Av. Reina Maria Cristina, where a show combining light, colour and sound blends Italian and Roman melodies with music from a feminist perspective, opera to mark the 175th anniversary of the Gran Teatre del Liceu, music against war around the world and a finale to the festivities which is packed with energy and optimism.

Do tickets need to be booked for some events?

No, the format for this year’s Mercè is the same as it was before the pandemic. There’s no need to book tickets, although for some activities, the characteristics of the venues used may mean that capacity is limited.

How to get around the city during La Mercè?

People are advised to get around on public transport to reach events between 23 and 26 September, and to avoid using private vehicles. Recommended journeys and times for getting from one point to another can be found on the TMB website or using the AMB app.

What’s the Mercè poster like and who designed it?

This year’s poster for La Mercè is a tribute to an intergenerational and Mediterranean festival, a Mercè which transcends the passing of time, bringing traditional and artistic creation together in the same celebration. The poster refers to roots and reiterates the city’s commitment to justice and peace. The illustration shows us unique places in Barcelona, the colours of the Ukrainian flag emerging from a trumpet, a castle reaching into the sky and numerous other details to discover, while the three main female figures dip their feet in the sea. The poster rounds off by regaining typographies from historical Mercè posters, a historical memory project by Arauna Estudio and 131 GD.

The author of the work is David de las Heras. Born in Bilbao in 1984, the artist moved to Barcelona to study at the Escola Massana. Hugely talented in illustration and painting alike, he has worked with various prestigious publications and national and international media. 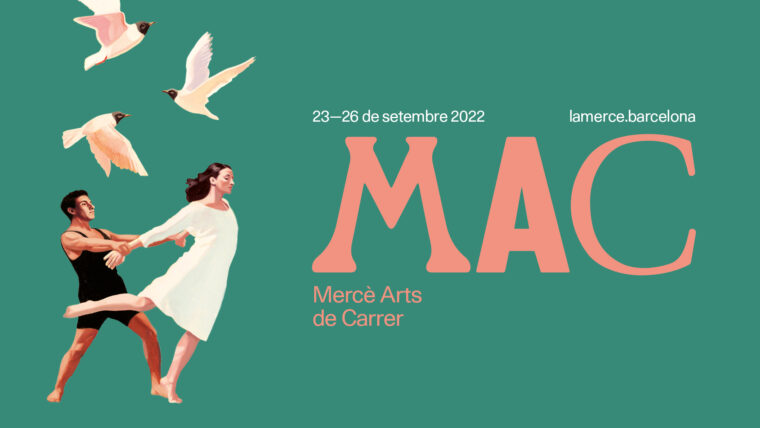 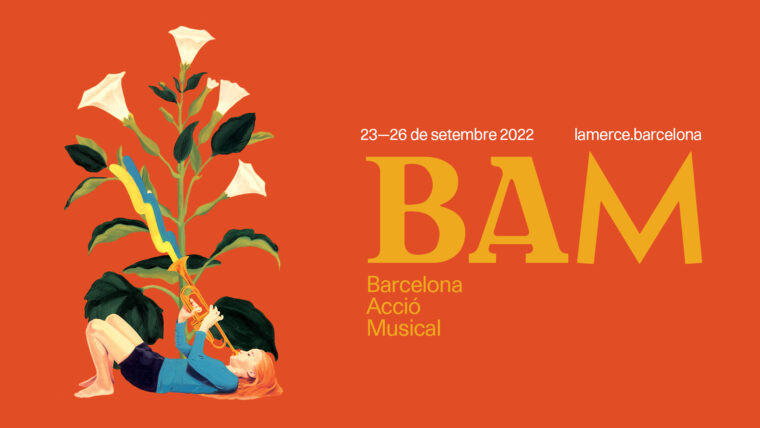 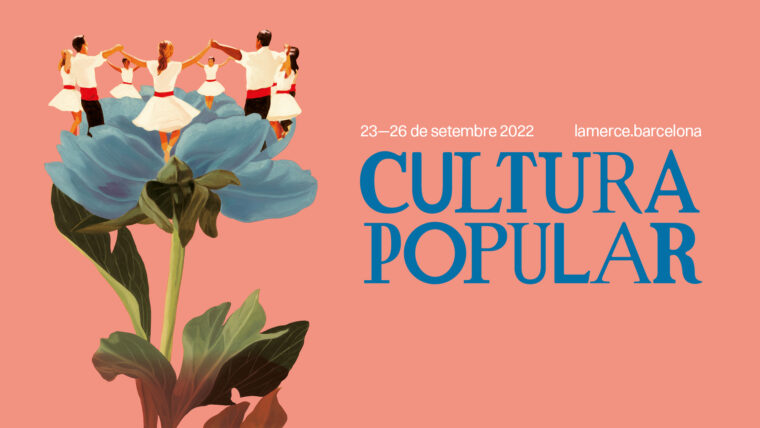 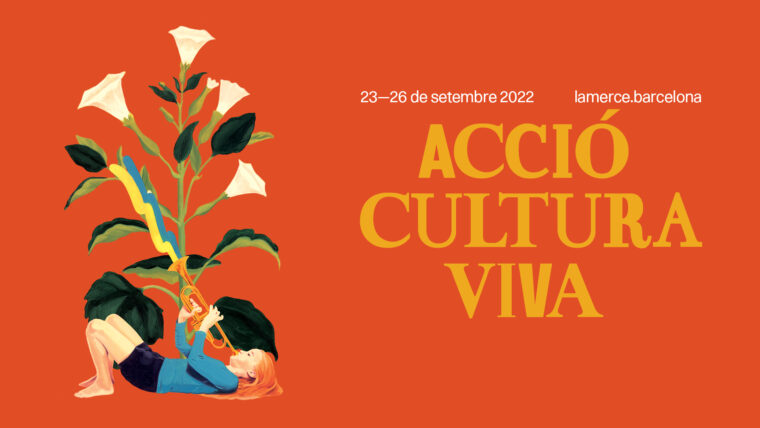 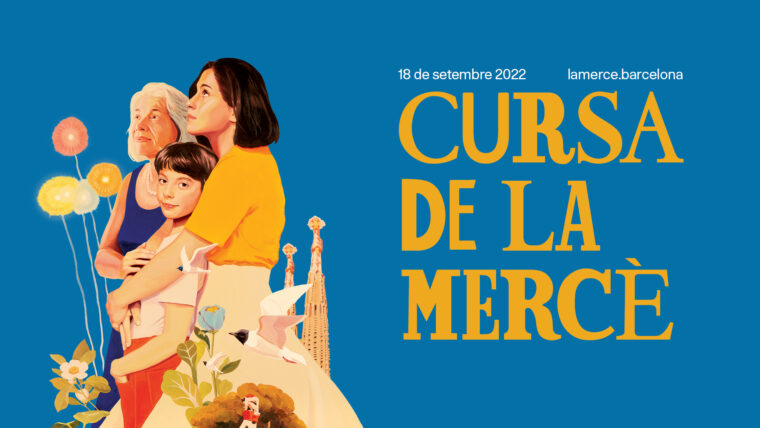