Opposition proposals from the full council meeting of 23 December 2020

December’s full council meeting approved all five proposals from opposition parties. Cs called for a boost to 5G technology in the city with appropriate investment, the PP called for the Barcelona brand to be strengthened and BCN Canvi asked for the presentation of a percentage of European projects to achieve equal educational and professional opportunities. ERC and JxCat presented proposals with content for institutional declarations on protecting the right to housing and the rejection of the sentence by the TSJC that 25% of classes must be in Spanish, respectively. 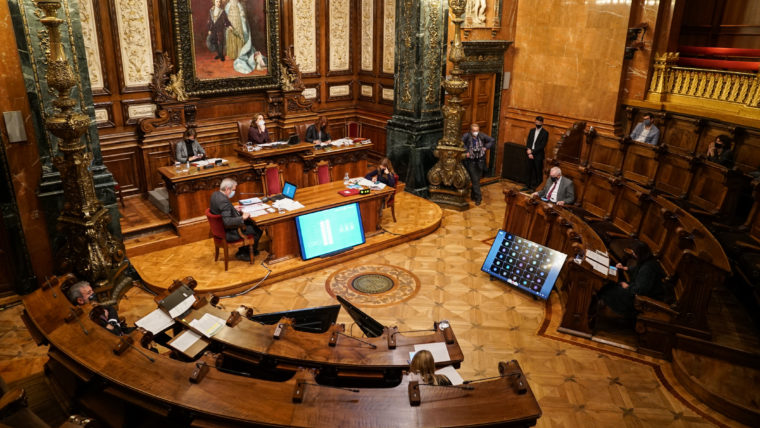 Cs called for the city to help speed up the development and roll-out of 5G technology, and for appropriate investments to be made to this effect. The proposal was backed by all municipal groups.

Barcelona pel Canvi urged the municipal government to draft and present a percentage of European projects through the EU’s Next Generation Funds, the goal being to achieve equal educational and professional opportunities in all stages. The funds allow for reform and improvements to the education system through the reduction of the digital divide, and also include state-funded private schools. The proposal was also backed by all municipal groups.

ERC presented a proposal with content for an institutional declaration supporting and guaranteeing compliance with Act 11/2020, on urgent measures to contain rent prices in rental housing contracts, thus helping to guarantee access to more affordable rental housing. The proposal was supported by the ERC, the municipal government and JxCat, with Cs, the PP and BCN Canvi all voting against it.

Finally, the proposal from Junts per Catalunya was resolved with the same voting result. The proposal urged the municipal government to reject the sentence by the High Court of Justice of Catalonia (TSJC) establishing that 25% of classes in the Catalan education system must be in Spanish. The proposal also calls for the promotion of a city pact on language. 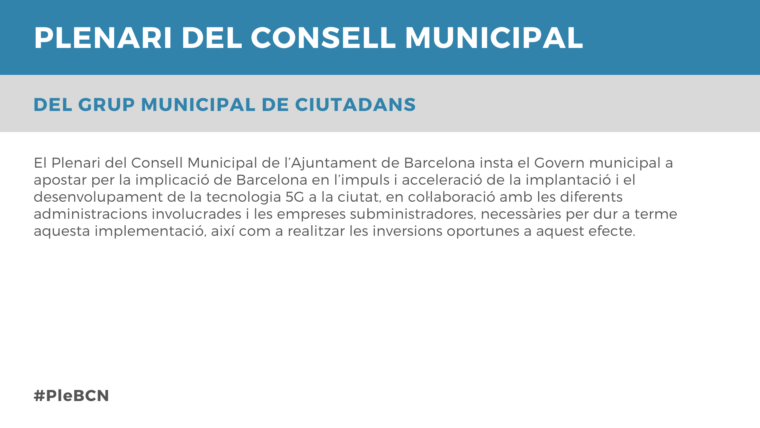 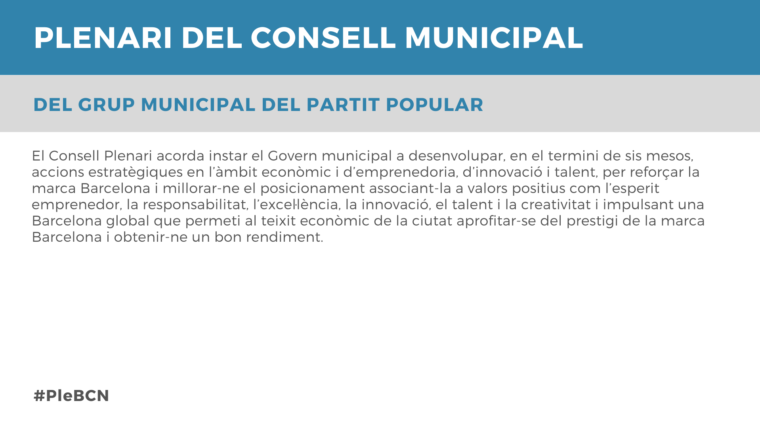 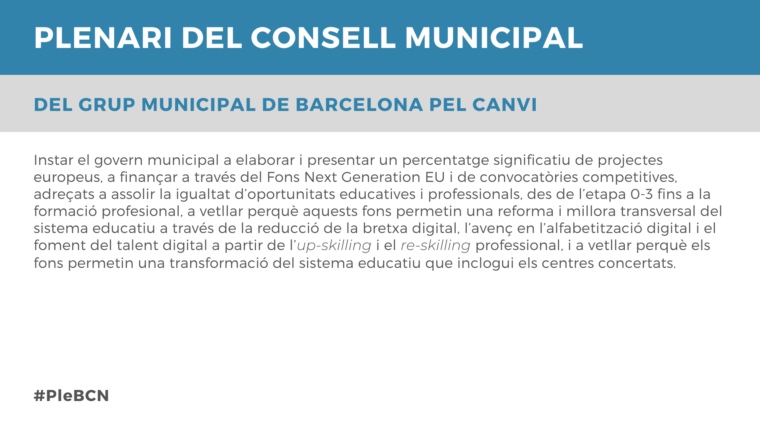 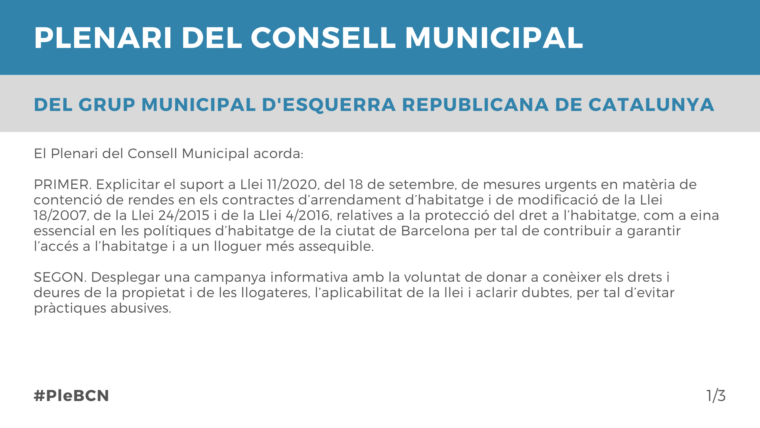 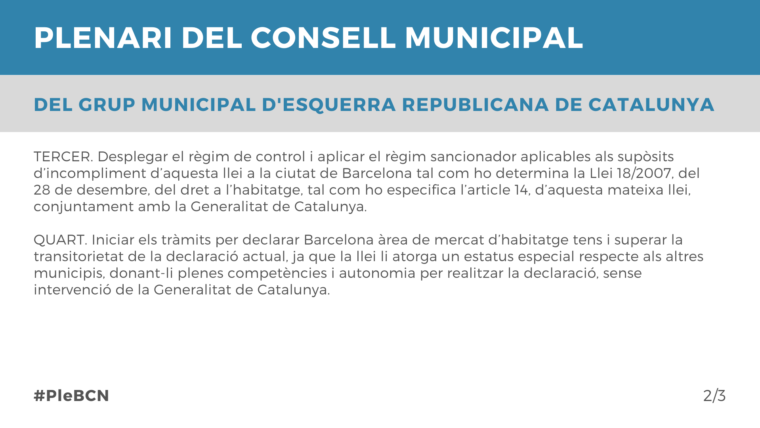 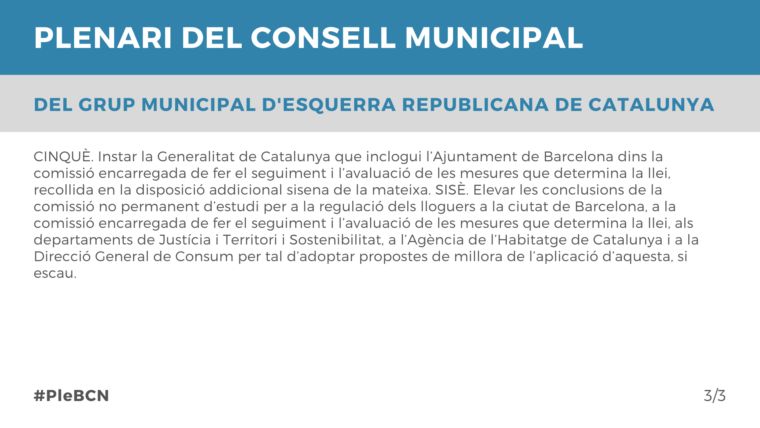 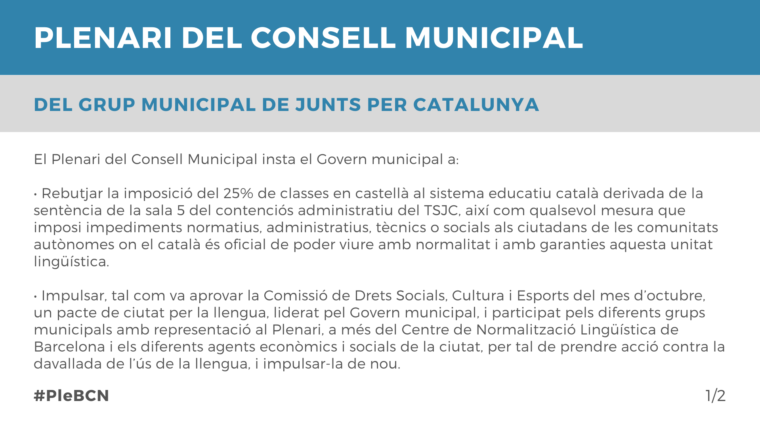 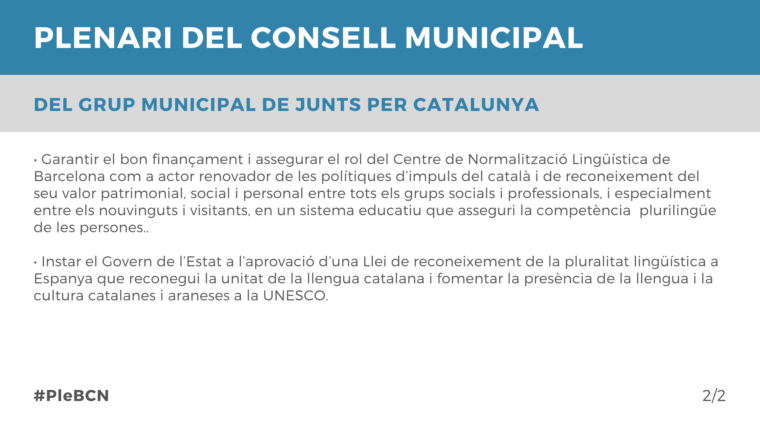