All set to remodel La Rambla

Work gets under way at the end of September to turn La Rambla into a greener, more comfortable and cultural space, with the first stage covering the section between the Columbus statue and Santa Madrona. This initial stage involves an investment of ten million euros and should take a year and a half. 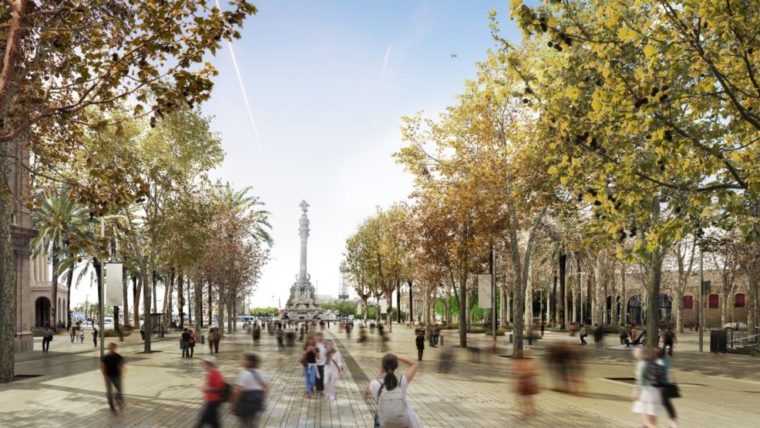 The work will change the layout of Av. Drassanes, improving the connection with the coast and making La Rambla longer with a new square in front of the sea to foster social uses. This stage will also renew the meeting space between La Rambla, Drassanes and the Columbus statue.

Paving will be one of the main new features in this section and the whole of the future Rambla. Asphalt will be replaced with new paving made up of different types of natural stone, granite and porphyry, covering the entire surface and acting as a unifying element from façade to façade. There will also be nearly a hundred trees here, 21 of them new, with larger tree beds and better subsoil. Over a hundred benches will be installed to create social spaces, with lighting adopting a unique, simple and functional design. Security bollards will also be added.

In terms of traffic circulation, the same model planned for the entire project will be applied. That means a single lane of traffic on each side for bikes, buses, goods and services vehicles, plus access to car parking for local residents, as is already the case on the uphill side.

Work will be carried out in stages to avoid occupying both sides of La Rambla at the same time. When work is done on each side, it will be done in halves to ensure access at all times for local residents, services, bikes, emergency vehicles and those on foot. Similarly, access is guaranteed to reserved entrances at all times and there will be no disruptions to public transport. Once the final stage is completed, the road surface at the roundabout below the Columbus statue will be renewed at the moment where it has the lowest impact on traffic circulation.

The transformation of La Rambla comes with a media campaign from July to September, including meetings with local people and organisations forming part of the Comunitat Rambla, a team of information staff in the street offering support material to explain the project, an information totem near the Columbus statue, notices in all entrances to residential blocks, information on municipal digital channels (mailshots, municipal websites and social media), plus public information sessions etc.

The new Rambla will reduce the space given over to the use of vehicles and create more space for pedestrians, with three large areas (Moja-Betlem, Pla de la Boqueria and Pla del Teatre) and new spaces for people to rest and spend time in beneath the shade of the trees. The remodelling project is also set to relocate the newsstands and flower stalls so that they are not positioned opposite each other.

The overall budget for the project is 44.56 million euros. 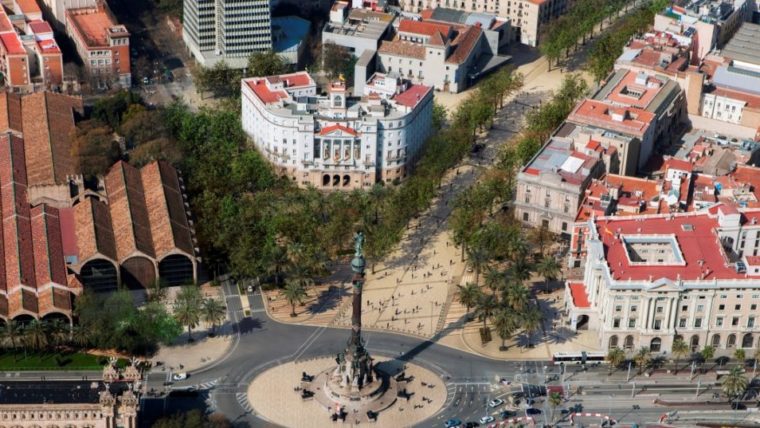 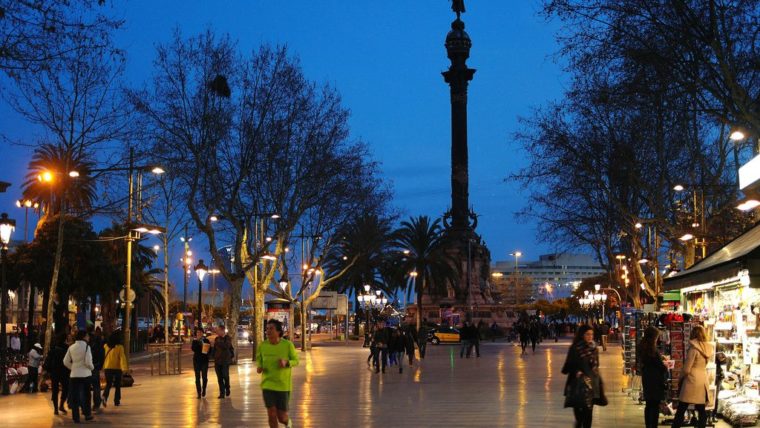