Students from three city schools have taken receipt of the nine Stolpersteine cobblestones devoted to people from Barcelona who were deported under the Nazi regime. The Stolpersteine (‘cobblestones’ in German) form part of the longest memorial in the world: over 75,000 in more than 1,800 cities in twenty countries. The stones are located in front of the homes of the people they pay homage to. 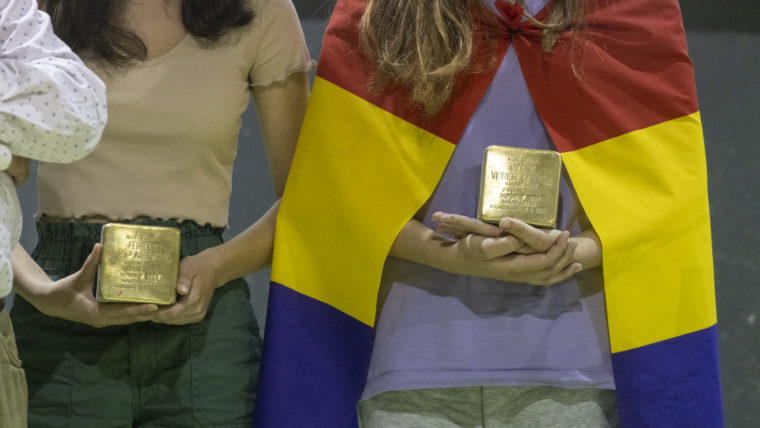 Recent months have seen students in their fourth year of high school and first year of baccalaureate studies at the Francisco de Goya, Quatre Cantons and XXV Olimpíada schools working with relatives, the associations Amical de Mauthausen i Altres Camps and Amical de Ravensbrück to recover the biographies of nine people who lived in the city and who were deported by the Nazi regime. The project also helped them to learn about the social and historical contexts that gave rise to fascism and Nazism.

Each cobblestone bears the name of the person, their date of birth, exile and deportation, indicating whether they survived or died. In the coming weeks the Solpersteine will be laid at locations where documents show these nine people lived. This will conclude the first experience of the Barcelona Stolpersteine pilot project, which will be expanded to a further five secondary schools in the city in the 2022-2023 school year.

These are the stories of the nine people from Barcelona who were deported under the Nazi regime and who will have a Stolpersteine:

Born in Barcelona on 6 June 1900. He signed up as a volunteer when the fascist coup took place against the republican government. Exiled to France, he spent time in the refugee camp at Argelers and enlisted with the Company of Foreign Workers. He was detained by the Germans and transferred to the Stalag VIII-C camp in Zagan (Poland), later moving to the XII-D in Trèveris and then to Mauthausen on 25 January 1941. Later he was transferred to Gusen, where he resisted until 7 December, the date his death was recorded.

Born in Almansa (Albacete) on 27 March 1903. He moved to the city of Elche before arriving in Barcelona, where he took up residence. As an anarchist trade unionist worker, the republican defeat forced Florián into exile in France. He was detained by the Germans in the spring of 1940 and deported to Mauthausen and then Gusen, where he died on 6 December 1941.

Born in Barcelona on 7 August 1892. In exile he enlisted with the 39th Company of Foreign Workers. He was detained and transferred to the Frontstalag, in the city of Belfort, and later moved to the Stalag XI-A, in Altengrabow. On 26 April 1941 he was transferred to Mauthausen and on 30 June 1941 to Gusen. From there he would move onto Hartheim Castle, where he died on 29 September 1941.

Born in Barcelona on 28 July 1911. She crossed the border and reached Perpignan before forming part of the first resistance group in Marseille, where she was detained and transferred to the Baumette prison. In January 1943 she was moved to Reims, and later onto Ravensbrück. In June that year she was taken to Leipzig to work in an arms factory. She survived the regime and died in Perpignan on 31 May 1976.

Born on 31 August 1920. A member of the JSUC, he worked as a photographer for the magazine Juliol before going to fight as a volunteer with the 30th Division. The republican defeat took him to France, to the camps of Vernet and Septfonds, where he enlisted with the 28th Company of Foreign Workers. He was detained in Vosgues and transferred to different workcamps before being taken to Mauthausen. He was involved in stealing negatives which would be used to produce photos as evidence in the Nuremburg Trials. Months later, he also contributed his graphic account to the US Dachau Trials. Owing to health problems caused by his time in Mauthausen, he died in Paris on 7 July 1951.

Born in Barcelona on 9 May 1924. Early in February 1939 he went to France with his family, to Le Bolou, from where they were transported to the city of Angulema. On 24 August 1940 they were deported to Mauthausen in the so-called ‘convoy of the 927’. In 1944 he became part of the Kommando Porschacher to work in a quarry. From there he played a key role in camouflaging photos stolen by the republicans. After the liberation, he continued to live in exile in France, establishing his permanent home in Angulema with his family.

The Germans imprisoned him. He was taken to the Frontsalag 140, in Belfort, and later to the Stalag XI-B, in Fallingbostel. On 25 January 1941 he was taken to the camp at Mauthausen. On 28 April he was transferred to Gusen, later being taken back to Mauthausen to be “operated on”. He died on 18 November.

Born in Torís (Valencia) on 23 November 1900. Around 1920 he went to live in Barcelona at the offices for the tram company. At the end of 1939 he went into exile, From the Embrum camp he joined a company of foreign workers. The Nazis captured him in the spring of 1940 and interned him at the Frontstalag 161, then later at the Stalag XII-D, in Trèveris. From there he was deported to Mauthausen and then Gusen, where he died on 21 January 1942. 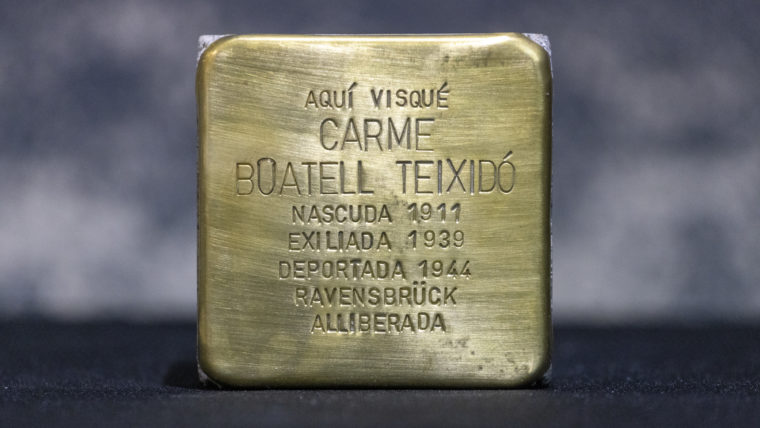 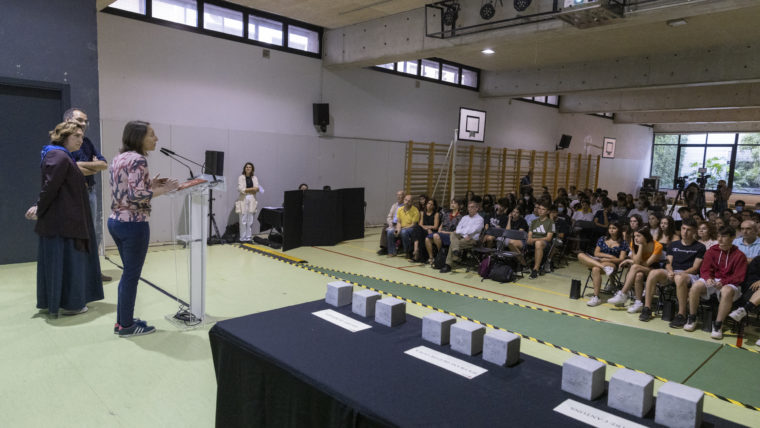 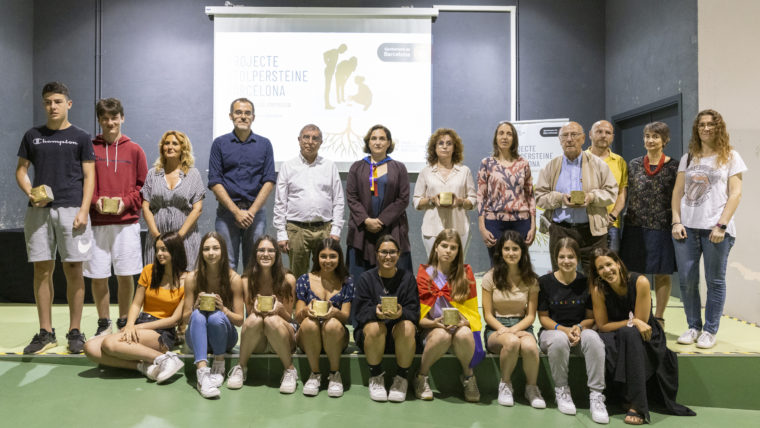