500 years of life on Carrer Montcada 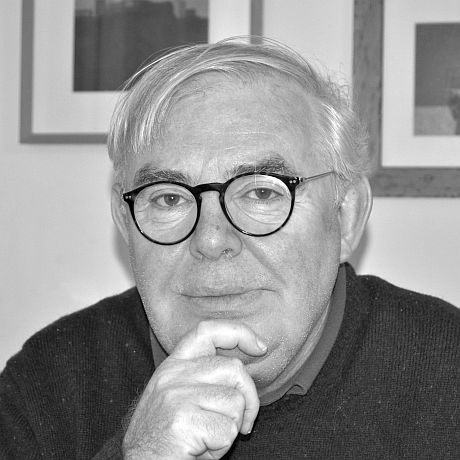 Ramon Alcoberro (Pals, 1957) holds a doctorate in Philosophy. He addresses issues related to applied ethics and philosophy through the website alcoberro.info.

In La gent del carrer Montcada [The People of Montcada Street], Albert Garcia Espuche reflects five hundred years of life on one of Barcelona’s most iconic streets. The author paints a picture of daily life in a neighbourhood of working-class women and tradesmen, a quasi-poetic account of ancient streets that tell stories that belong to us too.

La gent del carrer Montcada. Una història de Barcelona (segles XIII a XVIII), by Albert Garcia Espuche (2020), edited by Barcelona City Council in two volumes, comprising 475 and 725 pages respectively, is one of the few books that may be considered “a life’s work” because devoting an entire academic career to pursuing a project of this magnitude was in fact necessary. Garcia Espuche, who had already thoroughly documented the everyday lives of the residents of the El Born neighbourhood and the city’s trades in 1700, now bestows us with a comprehensive publication that covers five hundred years of life on one of the city’s most iconic streets, Carrer Montcada.

Today a hub of museum activity, and largely gentrified, Carrer Montcada was one of Barcelona’s main thoroughfares for centuries.

Today a hub of museum activity, and largely gentrified, Carrer Montcada was one of Barcelona’s main thoroughfares for centuries. “Montcada Street was one of the city’s landmarks where business relations were forged and marriages between people of a certain social and economic status were arranged” (vol. I, p. 137); Garcia Espuche, having compiled and sorted an enormous amount of documentation, casts the magic of transporting us back to what life was like over five centuries. A vast number of notarial deeds and other primary sources create a river of life in his book. To say that the documentation he brings to us lends us material for a heap of historical novels is effectively a trite remark.

Anyone who, with a bit of sensitivity, combs through the documentation, practically all unpublished, on sales, testamentary provisions, loans and censuses mentioned in the book, can easily imagine the heartbeats and daily lives of men and women in bygone centuries who encountered the same stumbling blocks and joys that a present-day society like ours can come up against. A sudden death that leaves behind an old mansion without a will, a business that flopped and has to be sold, separations and family schemes... All this was documented then, like today, by armies of notaries, and Garcia Espuche turns it into a fresco of everyday life. I do not know whether many European cities have such a comprehensive book on a street spanning five hundred years. In France, Alèssi Dell’Umbria documented everyday life on the streets of Marseille in the 725 pages of his Histoire universelle de Marseille. De l’an mil à l’an deux mille [Universal History of Marseille. From the Year 1000 to 2000] (Agone, 2006), but is far from reaching the degree of documentary accuracy of the book under discussion here. James S. Amelang provided some insights into everyday life in Barcelona in La formación de una clase dirigente: Barcelona 1490-1714 [The Formation of a Leading Class: Barcelona 1490-1714] (Ariel, 1989), but the level of hyperrealist specification achieved by Garcia Espuche is incomparably more thorough.

The two volumes of this book attest to the fortitude of a city that, the day after a bombing or a fire, already began to rebuild its mansions because life went on there.

The two volumes of this book attest to the fortitude of a city that, the day after a bombing or a fire, already began to rebuild its mansions because life went on there. Thus we discover that in the wake of the siege of Barcelona of 1713 to 1714, the Nadal i Despujol house “almost completely destroyed by the rain of bullets and storm of bombs that blasted it with only one liveable room having been repaired, the rest being at great risk of collapse since their walls are all open and badly damaged” (vol. II, p. 454). Or that in 1589, as one chronicler puts it: “The plague was so widespread in Barcelona that there was not one short and small street that it did not penetrate. And there was hardly an inhabited secular house where someone did not fall ill” (vol. I, p. 199). But there are also the carnival festivities of the felipistas and the luxurious interiors with Arras tapestries with motifs of ‘figures’, ‘vegetables’, ‘foliage’, ‘grass’ and ‘groves’ (vol. I, p. 152).

The rustling of robes, the babble of gossip and the whirr of small lives that become immense are reflected by Garcia Espuche with a love and a finesse that are exuded by the painstaking description of the household trousseaus and of the possessions of the various owners, who, century after century, occupied the various houses on the street. The archival documentation that is unearthed allows us to chart an almost poetic and accurate micro-history as it corresponds to a work of profound ambition. Thus we see the birth of workshops like the one that Jaume Codina, in 1530, had at home: “una fabrica o obratge de llanes per fer draps contrays, mescolats, setzens, vernins [teles fines], per la qual fabrica e obra tenia en casa llogats per majordom de dita llana e fabrica lo senyor Lluís Rossell, paraire” (vol. II, p. 466) and also painful deaths or uncertain journeys. 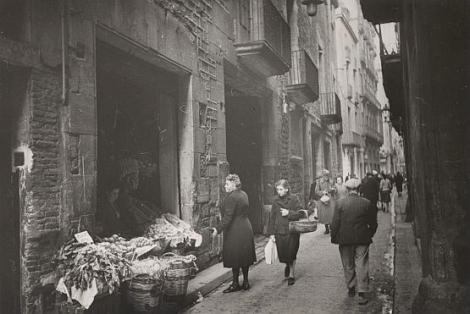 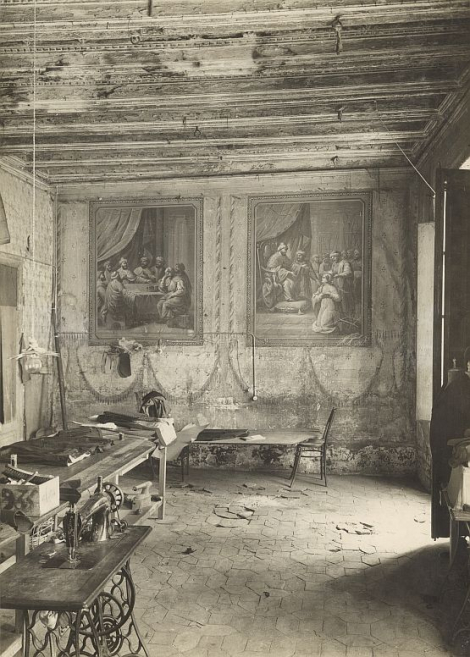 Interior of the Casa Taverner house, circa 1936. © AFB

Everyone with a penchant for urban planning knows that there are three books on the philosophical history of cities that are, as they say in France, incontournables [indispensable]. La Cité antique [The Ancient City] by Fustel de Coulanges (1864), The City in History by Lewis Munford (1961), and Passages by Walter Benjamin (1927-1942, 1st ed., 1982) have taught us that cities, although they bring about unprecedented phenomena, are also a continuation and recreation of their past. The ancient streets tell us stories that are also ours. Citizen territories are united, beyond the centuries, by a civilising thread that binds us to the past but that, inevitably, is absolutely provisional in bourgeois society.

The streets are home to, often reluctantly, masters and serfs, owners and the dispossessed, ordinary people and outsiders, in daily ups and downs and in a confused jumble of signs almost imperceptible to whoever is found there. But placed under the eyes of the historian, and with the perspective of centuries, the amalgam takes on a magnificent meaning and hue. As Walter Benjamin wrote in A Berlin Chronicle: “He who seeks to approach his own buried past must conduct himself like a man digging... For the “matter itself” is no more than the strata which yield their long-sought secrets only to the most meticulous investigation.” Garcia Espuche’s book makes it impossible to continue sustaining the myth of a Montcada street of aristocrats and large mansions, and portrays it spilling over with working-class women and tradesmen, with periods of ostentation and bleakness. Today, Carrer Montcada is a street taken over by tourists and, largely, toned down, as the Old City of Barcelona has been watered down and “sanitised”, for better or worse, for the last century since the Via Laietana thoroughfare opened. But La gent del carrer Montcada by Garcia Espuche will continue to be an impressive historiographical monument in commemoration of, and tribute to, working-class Barcelona.

Ramon Alcoberro (Pals, 1957) holds a doctorate in Philosophy. He addresses issues related to applied ethics and philosophy through the website alcoberro.info.