Barcelona, a mirror of our time 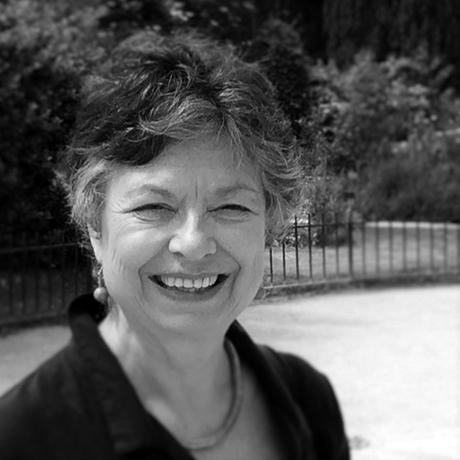 Marina Subirats is a sociologist specialized in the sociology of education and of women.

A family with their grandmother, a grown-up and a child stroll through the centre of Passeig de Sant Joan, which is part of the network of safe itineraries © Barcelona City Council / Goroka

The city is the story of the people who have inhabited it and inhabit it, of their work, of their aspirations. People are born and die, and while they live they shape the surroundings and mark the environment materially and culturally. Observing the pace of openings and closings is a clear indication of what Barcelona is today, so different from what it was 50 years ago, and so different from what it will be in 50 years’ time.

Let’s imagine cities on the basis of their stone structure, their streets – the part that changes most slowly – their unique places, their shops and their restaurants, which are changing more and more rapidly. A century ago places saw people pass by, they witnessed the passage from childhood to death; now, it is quite the opposite: it is us the people who see a new café or shop open, and soon after we see them disappear; we witness the ephemeral life of things, in a restless and changing society.

However, the city is actually the story of the people who have inhabited it and inhabit it, of their work, of their aspirations. For me, demography is the science that ends up giving us a kind of appraisal of the state of a city, of the past and future trends. People are born and die, and while they live they shape the surroundings and mark the environment materially and culturally. Observing the pace of openings and closings is a clear indication of what Barcelona is now, so different from what it was 50 years ago, and so different from what it will be in 50 years’ time.

A warning must be delivered before we take a look at the figures. The municipality of Barcelona is a fake city, if we take the population into consideration. For a number of reasons that I think, overall, we can consider fortunate, territorial boundaries have not expanded alongside human growth, so a large swathe of the population living in the metropolitan area is not counted as Barcelona’s population, despite the fact that, from an economic, labour or cultural point of view, it belongs to the Barcelona conglomerate. What’s more, the characteristics of the metropolitan population as a whole are not homogeneous in the territory. In other words, the social make-up of the metropolitan area, for example, is quite different from that of the city of Barcelona; what we can observe in this article is only a fragment of the real social fabric. The largest fragment is undoubtedly the unifying core. But it is not the whole of Barcelona society, for the reasons outlined above.

The average age has risen to 44 years, somewhat higher than that of Catalonia and Spain.

New times, new models: we need a change of perspective

From my point of view, the data presented herein indicate that Barcelona is already a wholly 21st-century city, with entirely different challenges and characteristics than it could have had a century ago. However, the values that we continue to bring to mind, in a relatively vague manner, to plan a successful city are still weighed down by an out-dated perspective. A successful city was long considered to be one steadily growing in the number of inhabitants, expanding its reach in the territory, doing away with its gardens and forests to build industries or blocks of flats, and with a relatively homogeneous population from a racial and cultural point of view. This has been the case of Barcelona since the late 19th century; the arrival of young people willing to work hard, to construct streets, neighbourhoods and squares was the success, which made our city the driver of the Spanish economy.

In 2021 we find ourselves in a totally different situation: in terms of numerical growth, the city grew until the late 1970s; later its population dropped and came to a standstill, with moments of decline and recovery, depending on the economic state of affairs and the arrival of immigrants. Compared to other cities in the world, Barcelona is a relatively small city, especially if we disregard the metropolitan region. It is not a city with a young population either; on the contrary, the average age has risen to 44 years, somewhat higher than that of Catalonia and Spain. The average age has grown by three years, despite the injection of the young migrant population that has come to live with us and that tends to make the whole population younger. The group growing the most is that of the over 60s, which now amounts to roughly 20%. It is estimated that it may constitute one third of the population by 2030. In turn, the fall in the birth rate that has been witnessed for some time, despite the arrival of immigrants with different reproductive habits, has led to a proportional decrease in the child and youth population: the under-15 sector of the population does not come to 14%. In other words, there is neither numerical growth nor a young population. Nor cultural homogeneity: the arrival of so many people – 20.1% are foreign, with Italians, Chinese and Hondurans in the top three positions – is giving rise to a mixed society, typical of the population movements of the globalisation era we are living in.

Only from an open mind can a city be built that can adapt to new circumstances and understand that the right model has now changed.

Is it a declining city, based on the old criteria? From my point of view, it is the opposite. Cities characterised by a pyramid of ages with a very broad base and a very narrow top are unfortunate: this figure reveals that people live relatively badly, that human life is short, hard and difficult; people, if they can, escape from it, despite the uncertainty that migration causes. Barcelona, on the other hand, has conditions that allow its inhabitants a long life. Especially women in Barcelona, who represent two-thirds of the population over 60 years of age, and who had, in 2017, a life expectancy of 87.1 years, compared to a male life expectancy of 81. However, this difference is basically due to the unequal evolution of genders as prescribed gender-based social models, a topic that I am not going to delve into now.

Therefore, a mature city, capable of sustaining life and caring for it; and, furthermore, with a democratic and progressive spirit. Only from an open mind can a city be built that can adapt to new circumstances and understand that the right model has now changed, that nature must be recovered and preserved, and the conditions for a sustainable and healthy life rebuilt, for a mixed yet cohesive city, in which there are no ghettos or glaring inequalities. And, in this regard, there is still a great deal of work to be done, because some demographic characteristics point to negative social trends.

One of them is the deep penetration of individualism: in Catalonia, the family has been the most well-established resource to sustain life, especially in the stages of dependency, childhood and old age. And now it has entered a process of decline. This is evident in the evolution of family size, which in Barcelona has gone from 3.03 members in 1985[1] to 2.34 in 2011, and which, according to indicators, keeps on falling. This decrease would be higher if the younger generations were able to leave home earlier, something that is increasingly difficult due to youth unemployment, low wages and the price of housing. The tendency to live alone is accelerating, especially among the elderly, especially women; a feature common to most major European cities that shows us that, as a society, we attach more importance to individual plans, both career and leisure wise, than to building communal life, as was customary in the past. We miss the community, but for the time being we escape from it, driven by the thousand attractions that today’s lifestyle offers us.

The other obvious weakness is the rise in inequalities, which is glaring if, for instance, we take into account the differences in life expectancy by neighbourhood. According to data from 2017, the highest life expectancy in the city was in the Maternitat-Sant Ramon neighbourhood, with an average of 87.3 years, compared to 80.1 in Trinitat Nova, the lowest. Seven years constitute a specific indicator of the differences in quality of life that, overall, characterises the men and women of Barcelona in these two neighbourhoods. It should be noted that, in the years prior to 2020, this difference had been shrinking, a very encouraging figure, because it had reached a difference of more than 11 years. It is highly probable that the disparity has grown again on account of the pandemic, because other indicators reveal that infections have been much more numerous in poor neighbourhoods.

Another challenge our city is up against concerns the possibilities it offers to young people, both to live and to work in it. From my point of view, unemployment and huge economic disparities are the greatest challenges today for a Barcelona that is transforming and contending with changes in its climate and the overriding objectives posed by globalisation and the worsening of the planet’s environmental conditions. But it still has things it needs to change: it must open up possibilities for young people, because otherwise ageing will be excessive; it must launch new production channels, more based on research and technological innovation than on the return of industry or the expansion of tourism; and, above all, it must prevent the emergence of ghettos resulting from the wide disparities and level out the opportunities and ways of life for the entire Barcelona population, to move towards a less unsettling stage and with greater consensus and social cohesion with regard to our common future.

Marina Subirats is a sociologist specialized in the sociology of education and of women.