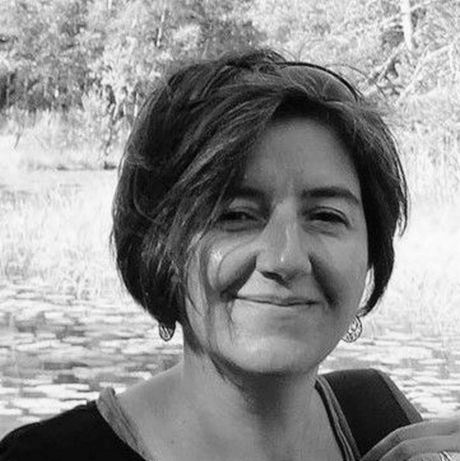 Cristina Monteys Homar is the coordinator of the Religious Affairs Office at Barcelona City Council.

The opening of an Islamic prayer hall in Carrer del Japó, in the Prosperitat neighbourhood, has been fraught with tension because of the residents’ opposition to this centre. Management of the conflict has allowed an approach between the two communities in the framework of a broader policy in defence of human rights and promotion of diversity.

Since early 2017, Carrer del Japó, a street in the Prosperitat neighbourhood of Barcelona's Nou Barris district, has been experiencing an unusual situation of noise, protest and neighbourhood tensions. The reason: the Islamic Community of Nou Barris, an organisation founded in 2016 by local Muslim residents, had leased the premises at number 28 to open a prayer room. And so the name of Carrer del Japó was added to the list of conflicts associated with the formal and institutionalised presence of Islamic communities that have arisen in districts and towns around our nation over the last twenty years, alongside Premià de Mar, Lleida and Santa Coloma de Gramenet. While the noisy protests of some years ago might have abated, many of these disputes are far from being resolved, because although the protests are no longer there, nor are the mosques, or at least not on the terms that the Islamic communities planned. In Prosperitat, the mosque is now there, and the process leading to its opening offers us new elements for reflection and intervention to ensure that cultural and religious diversity (and all other diversities we might consider) find their natural place within the collective consciousness of our public spaces.

The Carrer del Japó mosque, or strictly speaking prayer room (there is unfortunately no established mosque as yet in Barcelona) is the 29th in the city, according to figures from the OAR (the Religious Affairs Office of Barcelona City Council), and is just one of more than five hundred places of worship currently run by different faith traditions, according to the OAR's 2017 Operational Report. This is, however, the first time that Barcelona has seen an opposition movement on this scale and of this nature.

The course of events is very similar to that in other such cases. A number of local residents of the Islamic faith, having lived in a particular area for years, come together to open a mosque in their neighbourhood, a communal meeting point for prayer, teaching and socialisation, and at the same time a resource allowing them to open up to their surroundings, make themselves visible, identifiable, and so engage in active dialogue. Without this organisation and without the mosque, how would others know where to find the Muslim community?

Although from the very outset the community had set out to forge alliances and enjoyed the support of other organisations in the region (the Xarxa 9 Barris Acull network and the Els Propis Cultural Centre), and the assistance and technical support of the City Council, the reaction from a sector of the local populace was one of absolute and outright rejection. They claimed there were technical issues (the premises seemed inappropriate, the street was too narrow), but also more intangible elements, such as fear. And they embarked on a protest campaign, the cornerstone of which was a daily rough music protest. The terrorist attack on the Rambla on 17 August and the far-right groups that joined in the demonstrations served to increase the tension, including among residents on the street themselves, and there were repeated incidents of graffiti and vandalism of the shutters of the prayer room, which was still being refurbished. The prayer room finally opened its doors in February 2018 amid the din of pots and pans and whistles, which has since then been toned down.

Situations like that on Carrer del Japó are not simply a conflict between that specific Islamic community and local residents who object to their presence in particular, but instead show us the difficulties and challenges in making cultural and religious diversity work at the overall city level. The solution to the conflict, then, is not a question of appeasing one side or another, or offering one-off responses to specific situations, but instead the initiatives taken, particularly on the part of local authorities, must be adopted within a broader framework policy to uphold fundamental rights and promote diversity.

In this case, the basic criterion for the intervention by the various municipal services involved, and also local organisations, with the Prosperity Neighbourhood Association to the fore, was the right of the Islamic community to open their place of worship, provided that they fulfilled all the technical and urban planning requirements imposed by the regulations. And from this starting point, which is at the same time a limitation, a long process of outreach and dialogue began with the local residents and the area around the prayer room, including those who objected to its opening, with the aim of providing information and assuaging fears and prejudices, but above all listening and supporting.

“The Islamic community had to assume responsibility for its actions, while also forging alliances with other bodies in the area that make use of municipal resources. This allowed them to explain the project to the local residents and involve them in the process of opening their place of worship.”

The aim was a highly complex one. The positions were very much polarised, there was considerable tension, and great mistrust shown towards the City Council and organisations. The decision was therefore taken to adopt a medium-term strategy to facilitate communication with those objecting to the prayer room being opened, and who were involved in the protests taking place out on the street every evening. For nearly a year, the City Council's Conflict Management Service was out there on the street, listening to the local residents and conducting door-to-door interviews to gather as broad as possible a spectrum of concerns and sensibilities. A series of meetings was held for the same purpose with all the local residents' associations on the street, and representatives of the Nou Barris district and the Religious Affairs Office.

In parallel, local organisations in Prosperitat gave a very clear commitment to support cultural and religious diversity as one of the neighbourhood's values. This involved efforts to report offences and raise awareness through the publication of manifestos and the staging of public events to celebrate intercultural and interfaith coexistence. The Islamic community was given very specific support, assisting them in reporting attacks on the premises, or providing them with spaces for their activities while the prayer room was being refurbished, with the whole process being monitored alongside the City Council, as a venture in mutual trust and demands that, while far from comfortable, was very much necessary.

“Situations like the one that has arisen on Carrer del Japó offer an example of the difficulties and challenges in making cultural and religious diversity work at the overall city level.”

Meanwhile, there was also a need to cultivate an awareness that the Islamic community had to step forward and take responsibility for the project and for its actions, while at the same time establishing alliances and partnerships with other local organisations that make use of the resources offered by the City Council. Through this support, the community was able to explain their project to the local residents, and involve them in the process of opening their place of worship. The people living on Carrer del Japó were given the chance to visit the premises during the building work, and the community organised open days before and after the prayer room was inaugurated, as a gesture of transparency and openness towards the immediate neighbourhood and the city.

For all these efforts to be possible, though, clear objectives are needed, as well as the availability of resources long before there is even a whiff of conflict. Barcelona has for some time now opted to pay particular attention to religious diversity from a lay perspective, understood as the guarantee of a neutral public space where there is room for every option, whether religious or not, and every diversity, while also guaranteeing fundamental rights. The recognition of the religious reality and its inclusion within the management of the city are vital in order to create a truly open and diverse public space.

Cristina Monteys Homar is the coordinator of the Religious Affairs Office at Barcelona City Council.