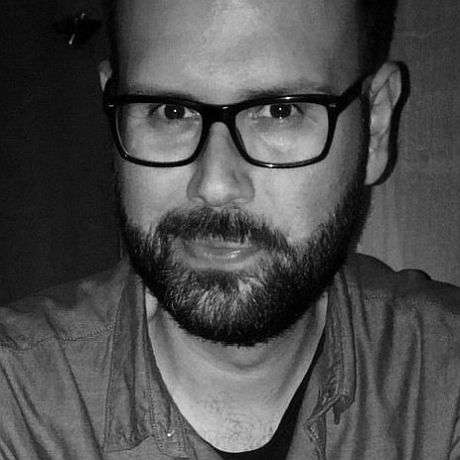 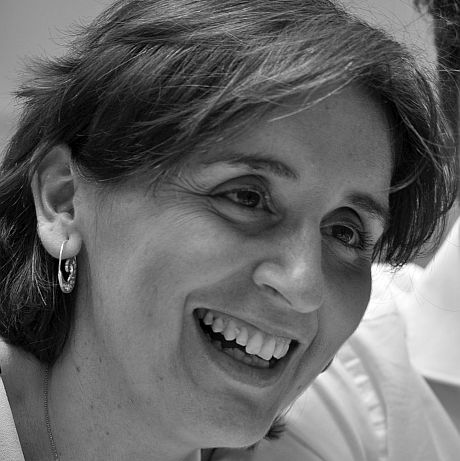 Professor in the Department of Social Psychology at the University of Granada and coordinator of the Master’s Degree in Psychology and Social Intervention at the same university.

Economic inequality is conducive to individualism. Living in unequal societies makes us more concerned about our social position; the greater the difference, the further the distance from others. Moreover, inequality nurtures a set of beliefs that make us more inclined to tolerate, accept and justify the phenomenon.

In economic terms, many would agree with the claim that we are experiencing one of the best periods in history. The percentage of those living in extreme poverty has fallen significantly over the last two centuries. In 1820, 84% of the population lived below the poverty line, while in 2015 this figure amounted to less than 10% (Roser and Ortiz-Espina, 2018). Life expectancy has never been so high nor has the rate of infant mortality ever been so low (Roser, 2018).

However, notwithstanding all the social and economic advances, our societies are still unable to resolve a fundamental issue, i.e. economic inequality. In other words, the marked differences in the distribution of material resources between people or groups who coexist in the same place (Peterson, 2017). Far from being reduced, inequality has risen steadily and dramatically since the 1980s in most countries (Piketty, 2014). Most societies thus have a structure in which there is a small percentage of the population that is clearly privileged, while a much higher percentage lies at the bottom of the social ladder. In current times, the richest 1% of the population captured 27% of economic growth from 1980 to 2016; by contrast, the poorest 50% only benefited from 12% of said growth (Alvaredo, Chancel, Piketty, Saez and Zucman, 2018). Furthermore, according to data from Forbes and the world rankings of billionaires, the year 2017 saw the highest increase in billionaires in the world (2,043 in total), who accumulated 82% of global economic growth, while the poorest half of humanity did not benefit at all (Oxfam International, 2018).

Hence, inequality has become one of the major challenges that societies must give precedence to on their public agenda. In addition, inequality has been linked to a rise in social problems, conflict, crime, social polarisation, delinquency and deficits in physical and mental health, etc. (Wilkinson and Pickett, 2017).

Social scientists have endeavoured to understand the causes, mechanisms and consequences of inequality. Alarming findings have come to light as to its implications for social relationships, political behaviour and the well-being of those living in circumstances marked by inequalities overall, and not only for the most disadvantaged people.

But what are the psychological mechanisms possibly underlying the effects of economic inequality? How does it get “under our skin” and affect our well-being and our way of life? According to the findings of our own research team and other researchers (e.g. Buttrick and Oishi, 2017, and Wilkinson and Pickett, 2017), economic inequality contributes to our relationships taking on forms that sustain and heighten this inequality through three general processes. Firstly, living in more unequal societies makes us more concerned about our social status. The latter becomes the most important aspect in determining our self-worth and the worth of others. Secondly, we become less involved or connected with other people: economic disparity ultimately generates social distance. And finally, inequality nurtures a set of beliefs that make us more inclined to tolerate, accept and justify the phenomenon.

Living in contexts marked by deep economic divides can make the place we occupy on the income ladder a key concern in our day-to-day lives.

Status and social position in the spotlight

In more unequal societies, social status takes on greater importance than in more egalitarian contexts. Belonging to the poorest 10% – when the group’s income is 25 times lower than that of the richest 10% – is not the same as when this income is only three times lower. Some studies in social psychology reveal that when economic disparity is very high, the position held on the income ladder becomes much more important: the richest 10% of the population is much more motivated not to lose their position, while the poorest 10% mostly worry about not moving up the social order.

The importance afforded to status can lead to a chronic concern over social standing known as status anxiety. Those who experience it constantly worry about not reaching society’s standards of success, about not being richer or about losing their social status. They are afraid of getting stuck in a position that is not enough for them. In short, economic inequality can make people become obsessed with their position in the pecking order. Living in contexts marked by deep economic divides can make the place we occupy on the income ladder a key concern in our day-to-day lives.

Different studies have sought to verify these assumptions. For example, a group of German researchers (Delhey and Dragolov, 2014) analysed data from the European Quality of Life Survey, a survey with more than thirty thousand participants from thirty European countries. Their analysis showed that the inhabitants of countries with higher economic inequality suffered greater anxiety over their status. It is important to note that status anxiety in contexts with more economic disparities not only affects the most disadvantaged but also the most privileged and, consequently, the population’s well-being.

By the same token, there are indirect indicators of status anxiety in individuals’ behaviour. Some research has found that betting and lottery spending (Bol, Lancee and Steijn, 2014) or Google searches for luxury products versus white-label products (Walasek and Brown, 2015) are more frequent in places where more inequality is observed. These findings have been interpreted as a manifestation of status anxiety. Therefore, living in contexts with greater inequality encourages people to endeavour to improve their status. Some do so trying their luck by buying a lottery ticket. Others do so by consuming more expensive products to show a higher social standing than they actually have.

The most unequal societies show more pronounced differences in access to services and resources. But not only that: according to the analysis of social class performed by Pierre Bourdieu (1979), resources can determine tastes and aesthetic preferences. If social class makes people behave differently, the greater the difference between the more and less privileged classes, the more different those behaviours will be. This can lead to people seeing themselves very differently to one another.

Empirical evidence also supports this assertion. Using data from one of the most ambitious international surveys, the Social Survey Programme – covering 33 countries and more than 48,000 participants –, Elgar (2010) found that economic inequality is positively correlated to trust in others: as economic inequality increases, people indicate that they can trust the people around them less. In addition, this lack of trust is correlated to higher mortality and lower life expectancy.

On the other hand, it has been shown that economic inequality reduces citizens’ civic and social participation and altruism (Coté, House and Willer, 2015, Lancee and Van de Werfhorst, 2012). In other words, it prompts people not to feel involved or motivated to carry out actions whose goal is the well-being of others and the common good.

Our research group analysed one of the most flagrant consequences of inequality: its effects on individualism. In an experimental procedure, we asked the participants to imagine that they were about to move to a fictitious society. In this new society, all the participants in our research study would be middle class, that is, they would have access to a good salary, a house, a car and holidays. However, half of the participants were asked to imagine that this fictitious society was very unequal, showing them that the differences between the upper and lower classes were enormous. A more egalitarian society was presented to the other half. Although all the participants had the same monthly income and the same resources, those who imagined themselves in a more unequal society had a more independent self-construal (Sánchez et al., 2017). They thought more about themselves and their interests. They cared more about their goals as individuals than as members of a group or a society. 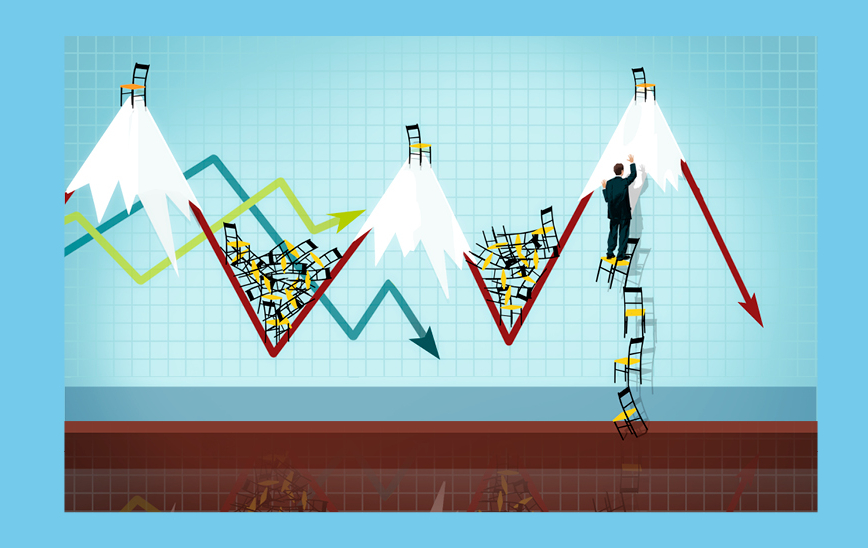 Inequality encourages us to tolerate and justify it

Inequality does not only impact on our self-construal, our behaviour and our relationships with others. It also has major effects on our beliefs about how the world works. We tend to believe that the way in which society is organised is the best way, and even more so if we consider that it has lasted throughout history – phenomena known as cognitive biases concerning mere existence and life expectancy. This inclination to defend the state of affairs hampers a critical vision of the distribution of the existing resources and, therefore, makes us susceptible to social immobility.

Moreover, we develop a stereotyped view of others based on the social class to which they belong. Thus, according to numerous studies, those on the top rungs of the social ladder are stereotyped as more competent and with the skills required to succeed in competitive societies, while those on the lower rungs are considered friendly and social, but without the competence and skills set by the current standards of success (Durante et al., 2013). Differences in perception and beliefs that are used to account for the underlying reasons behind the disparities between those who succeed and those who do not, can take us to the extreme of dehumanising the disadvantaged. This dehumanised vision of low-income people bears a major impact on the actions that individuals are willing to advocate to redress inequality; for instance, in their attitude towards social policies that focus on aid for the most disadvantaged (Sáinz-Martínez et al., 2018). By considering them less capable, citizens are more reluctant to provide them with resources that they are likely to squander and not administer properly. This vision fosters a meritocratic ideology, that is, the belief that each person deserves the place they occupy in the social pecking order. Hence, meritocracy, as a cultural feature, defines the contexts in which there is more inequality (García-Sánchez et al., 2019).

Another way to justify the differences separating rich and poor is by determining social mobility, that is, the extent to which improving our status is feasible. In Western societies in particular, the possibility of social climbing and enjoying the benefits a more favourable social class brings is overestimated. Reality is much grimmer, and the American dream is nothing more than just that, a dream. A recent OECD report reveals that 60% of the poorest population will never be able to social climb and will be stuck in their position. In contrast, 72% of the richest population will never cease to enjoy their privilege. Stagnation and social fragmentation on an economic basis have worsened over the crisis years, and what is known as the social elevator, the economic and social mechanisms that allow new generations to progress vis-à-vis previous generations, has slowed down.

In short, economic inequality, a structural aspect that defines the context in which we live, exerts a profound impact on the human being. It makes us focus on the status we hold, it distances us from other people and can even change our world view, making us more tolerant of it. These processes, in turn, can generate more differences. Knowledge of the effects of inequality must be increased to curb the phenomenon and combat its harmful social consequences.

Professor in the Department of Social Psychology at the University of Granada and coordinator of the Master’s Degree in Psychology and Social Intervention at the same university.