Effects of the transformation of work 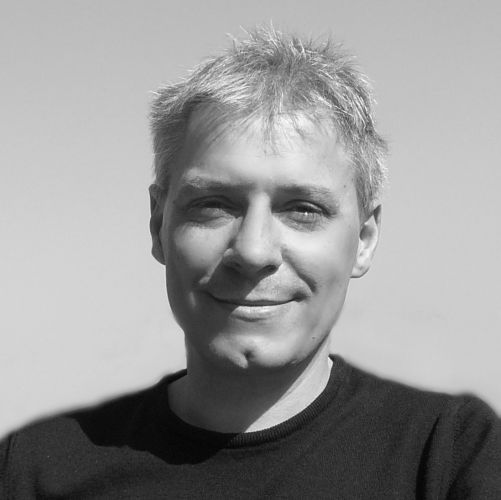 Director of Insercoop, a social initiative cooperative that works in the realm of job placement and career guidance.

At a time of shortage of work, an individualistic approach that focuses the management of what is public on private interests leads us to compete for existing jobs and to blame those who remain excluded. We are not up against a one-off crisis but rather a widespread destabilisation process of the status of wage earners. The transformation of the labour market allows us to rethink our relationship with work.

It is not the end of work but its transformation.

This is not a doomsday approach. There is still a working society, but the conditions have changed radically. There is a profound change in the status of wage earners. We are entering a society in full operation but not in full employment, which means that there is a great deal of employment but not everyone has access to it.

There is a trend towards polarisation between highly employed people and others with serious difficulties in accessing jobs. But we are in a post-industrial era, not a post-employment era. The centrality of work has not changed but rather the way this centrality is understood and, hence, also the way it is incorporated into the living narrative. For example, what importance does each person attach to the work dimension in their personal life plan or how do they think it will allow them to achieve their own ideals?

Without a minimum of education and a critical eye, certain knowledge has only limited value. The proof is that there are increasingly more qualifications, but they have increasingly less social value.

The current focus of work tends to undo the collective dimension

The debate over the social significance of work and regulations to make it possible go back a long way. The crux of this issue is how we consider the possibility of existing in the other’s field; how can a sense of overall social utility be acquired and how can individuals’ complementarity be reinforced?

The shifts that work undergoes tend to undo this collective dimension, the guarantee of the orientation towards the other. New forms of work organisation are being developed that point to a narcissistic approach and an internalisation of the company’s mission. The so-called platform economy is a good example thereof: workers feel threatened by increasingly more direct exposure to labour market fluctuations, and this affects their wages, protections and lifestyles. In this vein, we can establish three factors that influence the building of a career plan. The first is related to time. The person has to deal with short-term working relations, moving from one job to another continuously, with no possibility for thinking long-term; the second factor has to do with the need to change the knowledge base itself, continuous upskilling linked to new labour market demands; and, finally, the third factor implies having to detach oneself from one’s own past, that the person be reborn, work-wise, as often as their integration into the labour market requires.

One of the terms that has perhaps managed to best convey the effects borne by this new situation on people is precariousness, a social condition we relate to those people with poor working conditions. But this only constitutes one aspect of precariousness. The other is the lack of community support. This second aspect exerts a fundamental impact on the configuration of this new category. Job insecurity can be said to be a reflection of the precariousness of social ties, but the contrary could also be asserted: social fragility leads to fragility in employability. Erasing the old structured social roles in relation to work leads to the exclusion not only of those who do not have a job, but also of those who do not have social attachments. It must be borne in mind that work is at the heart of the worldview we have built; it has been the major constituent of personal and social identity, it has structured social activity, it has determined urban planning, it has determined ideologies, it has regulated life cycles, it has affected learning systems, it has assigned roles...

The connection between job insecurity and social ties helps us to understand that, in actual fact, it is a symbolic precariousness. It acts by reducing the mental framework in which it was possible to think and structure a plan for the future, to imagine and to map it out. The end result is the difficulty in producing meaning and, therefore, in how to occupy a leading place in the new work reality. But this does not affect everyone equally, since the possibility of being represented in a fragmented world of work is unequally distributed. Without a minimum of education and a critical eye, the acquisition and mastery of certain knowledge has only limited value. The proof is that there are increasingly more qualifications, but they have increasingly less social value.

People are expiring at the same pace as their superficial knowledge, and in the precarious job market, the more gaps in your knowledge, the more employable you are.

Destruction of the collective experience

The processes of precariousness bring about the destruction of the collective experience, since the space in which it was possible to structure the individual and the collective is weakened. Deregulation of the labour market changes the value of one’s work and career path, it changes the way one’s effort is leveraged, and it changes the essence of the possibility of subjectively signing up to a particular job.

Removing the framework in which people can construct the individual dimension in the social implies a lack of identity, a crisis of the occupational narrative. It means getting caught in a position that offers no chance of a professional career.

The social space where the shared constructions take place ends up becoming an unstable and fragmented space, which does not give direction. Accordingly, the volume of people who not only do not have a job, but also do not adapt to the new work logics, is steadily increasing.

Most employment policies tend to place the person in relation to their production capacity. It is a perspective that leads to new processes of segregation in the name of productivity. Unemployment takes over the idea of work and is organised under the slogan of regaining a lost ideal, and the unsuccessful outcome of this endeavour always falls on the unemployed person, wedging them in this place of failure.

Neoliberal policies have shifted the criteria for managing the work of companies to populations, but this is a trap for people. The concept of employability has been promoted to justify that everyone ought to be employable, and we are now witnessing a new process of blaming the unemployed. Hence the emergence of “liquid skills”, highly obsolete knowledge designed so that the individual can compete with others to get a job. The problem is that people are expiring at the same pace as their superficial knowledge, and in the precarious job market, the more gaps in your knowledge, the more employable you are.

Accepting competition as a regulatory framework for labour market participation forces everyone to conform to the neoliberal maxim of being productive or bearing the consequences.

The common dimension of work

What has become of work as a common good? Despite this crisis, there are numerous practices and experiences that conceive work as an activity linked to the common good. Many were born with the goal of doing business differently. These are initiatives that share ownership, decision-making, and work organisation among all those involved. Cooperatives are a good example thereof.

In other areas of life we can find this orientation towards the common good. Let’s look at some examples: projects where objects and knowledge are shared and exchanged without a commercial purpose; proposals that establish non-speculative models of access to housing and that generate new dynamics among residents; self-managed community initiatives that seek to meet common needs such as shared parenting, urban gardens, or consumer groups; work activities committed to the social and environmental impact of their practices, or initiatives that make the care economy visible and valuable.

In all these proposals, what is common is not only limited to the co-ownership of things but extends to co-activity, that is: a shared activity that seeks to transform our relationship with work and with the economy.

At a time marked by a shortage of work or precarious work, an individualistic approach, which focuses the management of what is public on private interests, leads us to accept the risks of competing for existing jobs and to blame those who remain excluded. From this angle, exclusion will be seen as a “natural” outcome of the market’s functioning. In this way we see how improving competition-based employment does not prevent further exclusion of those who are less prepared. This is important to keep in mind because improving employability is often thought to be the reverse of job exclusion, when, depending on the approach taken, it is only the discourse that legitimises it. Accepting competition as a regulatory framework for labour market participation forces everyone to conform to the neoliberal maxim of being productive or bearing the consequences.

By way of conclusion

The transformation of the labour market gives us the opportunity to rethink our relationship with work: either it remains a private good that generates precariousness and exclusion, or it is treated as a common good and makes integration possible through social utility. Either we resign in the face of the neoliberal narrative or we accept the challenge of generating new ways of working. This is the scenario the transformation of work is calling us into.

Director of Insercoop, a social initiative cooperative that works in the realm of job placement and career guidance.