Fantasy stories for a post-pandemic future 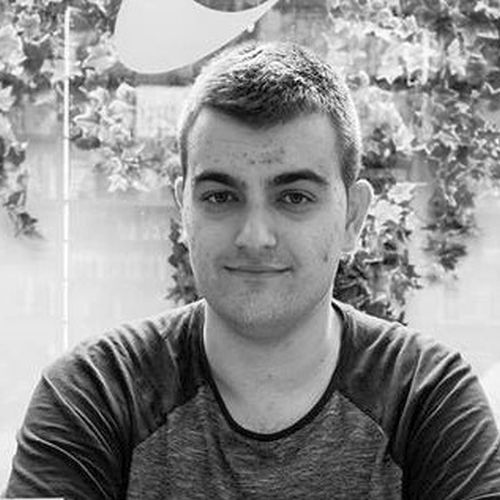 Over a short time, we have been caught in the throes of a dystopia almost without realising it: a global pandemic, lockdowns at home, devastating fires, drone strikes... In the midst of this context, the fantasy genre has seen an apogee in Catalan literature. Noteworthy among all the new publications are three books of stories that wonderfully encapsulate the direction that this type of literature in Catalan is taking.

A global pandemic, lockdowns at home, devastating fires, drone strikes, baby gene editing, entirely virtual socialisation, catastrophic floods, attacks on the Capitol... This whole series of events that until now we only believed feasible as science-fiction novel plots have made press headlines in recent months.

Over a short time, we have been caught in the throes of a dystopia almost without realising it. Suddenly, all those futuristic stories that we construed as allegories of the contemporary world taken to an intangible extreme have gained a new layer of interpretation that we had never thought we would experience.

In 2017, reading Doomsday Book by Connie Willis, or The Stand by Stephen King – undeniable science-fiction classics that portray a viral pandemic – is not the same as reading them in 2021. In the span of a few months, something in the mindset and outlook of world society at large has changed. It remains to be seen whether it will be somewhat radical or just a slightly traumatic hiatus. And, consequently, whether society changes a little or a great deal, from the literary point of view must also imply a turning point that is still in its initial stages, because in literature these things take time.

One of the sectors where this casuistry is already beginning to be felt is in fantasy genres – this umbrella includes science fiction, horror, fantasy and all its offshoots – because the present day has a more immediate and noticeable influence, despite the fact that it may seem like a paradox at first glance. In fact, although the canon of Catalan literature has not given the spotlight to fantasy, the genre has had a constant presence in our literature from Joaquim Ruyra and Víctor Català, with Pere Calders, Joan Perucho and Manuel de Pedrolo in between, to the present day with Albert Sánchez Piñol and Irene Solà, to cite some of the countless names that we can find over the years. And in recent times, from different camps, fantasy genres have been given a huge boost that has ended up materialising, on the one hand, in the explosion of publishers of popular fiction in Catalan today, such as Males Herbes, Laertes, Pagès Editors, Edicions SECC, Orciny Press, Raig Verd, Hermenaute, Voliana, Mai Més Llibres, Chronos and Obscura; and, on the other, in 42, the first fantasy genres festival in Barcelona, organised by ICUB [Culture Institute of Barcelona], whose first edition will take place in Barcelona between 4 and 7 November.

Although the canon of Catalan literature has not given the spotlight to fantasy, the genre has had a constant presence in our literature.

In the midst of this pandemic context and the growing popularity of fantasy genres, noteworthy are three books of stories that wonderfully encapsulate the direction that this type of literature in Catalan is taking. Firstly, Extraordinàries [Brilliant Female Authors] (Males Herbes, 2020), a compilation made up entirely of virtually unpublished authors who, although the storyline of the stories differs considerably — from a more fairytale fantasy to a harsher science fiction plot and dystopias in between —, share the same spirit of feminism, existentialism and exhibition of codes of the fantasy genre without being carried away by the bunch of hang-ups that have seemed to dominate Catalan literature until now. All these authors have a promising future in Catalan literature, and some of them have already published their first novel, such as Elena Bartomeu with Fòrvid (Males Herbes, 2021).

Barcelona 2059 is almost a novel penned by eighteen hands, because all the authors conspire to set their stories in the same future Barcelona.

Secondly, Barcelona 2059 (Mai Més, 2021), which more than a collection of stories could almost be considered a novel penned by eighteen hands, because all the authors conspire to set their stories in the same future Barcelona. The work has dystopian hints, but also utopian and hopeful touches for the future of humanity in the post-humanist city of Neo Icària; and in which there are also characters and common spaces, which tightly interweave all the stories, to the point of sharing the same social concerns such as feminism, transhumanism, climate change and gender identity.

And, lastly, the compilation Somia Philip Marlowe amb xais elèctrics? [Does Philip Marlowe Dream of Electric Lambs?] (Crims.cat, 2021), which, with this title-tribute to Raymond Chandler and Philip K. Dick, splendidly captures the spirit of the book, which is to narrate a series of dystopias with archetypal plots of the crime novel. And despite the fact that, in this case, the authors did not come to any agreement to write their stories, they all share the same anguish about the world that lead to a pessimistic vision of reality, because they put forward more pandemics, a technology alienating the individual, the adverse effects of climate change and, ultimately, a bleak future for humanity.

This last compilation differs somewhat from the other two, because it presents a rather pessimistic view of progress, in the vein of classic dystopias such as Brave New World, 1984 or The Handmaid’s Tale, or the more recent series Black Mirror. Perhaps the fact that the authors of this anthology are more seasoned and have a well-established place in our literature marks a generational trend. In contrast, both Extraordinàries and Barcelona 2059 – which, broadly speaking, bring us newer authors –, despite the portrayal of dystopian scenarios, show greater confidence in the role of technology and the direction that society will take towards a community in which progress will create a civilisation that is fairer, more feminist and more respectful of minorities. A trend that is very much in line with critical utopias such as The Dispossessed, by Ursula K. Le Guin, or Equal Rites, by Terry Pratchett, or the more current hopepunk movement, which promotes a more optimistic science fiction, with hope as a narrative engine, with such noteworthy authors as Becky Chambers and Kameron Hurley, or series like The Good Place. It remains to be seen in the post-pandemic scenario that is emerging, in line with this consolidation of fantasy genres that is beginning to be appreciated in our literature, which of these paths genre fiction authors in Catalan will end up taking. In any event, although our present is already somewhat reminiscent of science fiction, it is clear that it will be around for a while and that a splendid future is looming for popular fiction in Catalan.