A Hermitage Museum in Barcelona? 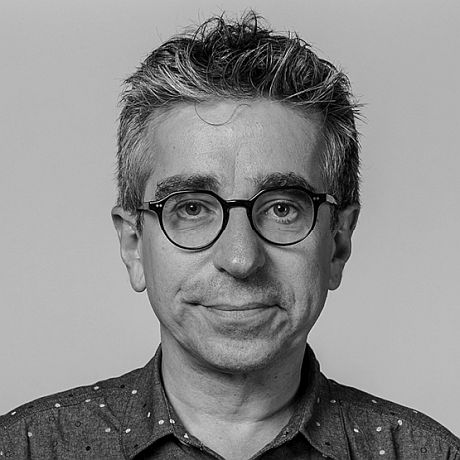 Holding a Degree in Education Sciences, Jordi Martí is a Councillor for the Presidency and the Eixample District at Barcelona City Council.

In recent years, the possibility of a Hermitage Museum franchise has been considered in a location in the Port of Barcelona, to permanently install part of the Russian collection in our city. Taking the impact on the economy and tourism borne by the Guggenheim Museum in Bilbao as our reference point, is considering such an operation in the Barcelona of 2020 advisable?

Since the Guggenheim Foundation reached an agreement with the Basque Government to set up sub-headquarters in Bilbao over twenty years ago, the franchises of major museums have proliferated, associated with renowned names in the realm of international architecture. Furthermore, a certain modus operandi within the context of heritage has been given legitimacy, raising commotion among experts, museologists, curators and, on the whole, professionals on the cultural scene. In 2007, a multimillion-euro agreement between France and the United Arab Emirates gave rise to the Louvre Abu Dhabi, whereby the emirate paid 400 million euros to the European country just for permission to use the name of the Parisian art museum. All in all, this sparked huge controversy in France, one of the countries with a more consolidated museum structure and tradition, in which large intellectual sectors condemned the use of the name and collections of the great French museums with the petition asserting: “Museums are not for sale”.

Behind a museum franchise, the same logic always applies: a flagship centre, with storerooms packed with works of art, in search of additional revenue by lending some pieces from its collection to another willing city, with public or private funding, to pay a price to exhibit them. The lending institution receives extra funding, while the hosting institution gains a collection and the prestige of a leading cultural institution. Iñaki Esteban, in the already classic El efecto Guggenheim [The Guggenheim Effect], analysed the real goals, and developed the idea of ornament to explain the true purpose of Gehry’s iconic building in the middle of the Bilbao estuary. Hence, the museum as a space that preserves, studies and exhibits a heritage connected to the place is replaced by an instrument whose main functions are urban regeneration, the promotion of tourism and economic gain, and the creation of a brand of modernity that transforms the city’s imaginary. The Guggenheim has become an icon of the capital of Biscay, largely the catalyst for Bilbao’s economic recovery in the 1990s, but at the same time the symbol of the model of cultural policy of the last decade of the 20th century, in which the role of culture lost its intrinsic meaning to become a way to bring about the economic and urban transformation of old industrial cities.

Intensive tourism should be balanced with other more citizen-oriented activities on Barcelona’s waterfront.

A project with many concerns

Is considering such an operation in the Barcelona of 2020 advisable? The possibility of a Hermitage Museum franchise at some location in the Port of Barcelona has been in the air for many years now. A local company reached an agreement with the great Russian museum and with an investment fund that would facilitate the financing of the operation, to permanently install part of the Russian collection in our city. The museum would be constructed very close to the W hotel and aims to attract audiences of all kinds, but especially targeting the thousands of cruise ship passengers who disembark in the city, in close proximity to the planned location. The project sparks many concerns, which will have to be dispelled very soon, since Barcelona City Council, despite being land owned by the Port of Barcelona, have the last word in the planning, to call a halt or to authorise the execution of the project. Whatever the case, if a public site in the middle of the waterfront has to be designated to the project, maybe a few questions should be asked.

First question: is it a museum in the classical sense of the term or is it an “ornament” along the lines of the Guggenheim? Surely it is neither. It seemed that the museum could have taken off when Jorge Wagensberg was at the helm of the project’s cultural management and explained, with his characteristic enthusiasm, the foundations of a project revolving around art and the human condition. Now, however, after the premature death of the museologist, the project has gone on to show off the spectacular nature of a unique waterfront building, and signed by the brilliant architect Toyo Ito. An ornament, an architectural icon that seeks to create an image to add to Barcelona’s skyline. But there is one thing that doesn’t quite work, the project wishes to unfold in a fully developed area, on Barcelona’s waterfront, and in a city that already enjoys enormous international appeal.

And this leads to the second question: is it the best location for such a project? These operations may serve to generate new centralities in changing environments. Does this apply to the Plaça de la Rosa dels Vents, at the beginning of the Llevant [meaning “east” in Catalan] wharf? In addition, we must consider the mobility issues that may affect the Barceloneta, one of Barcelona’s most crowded neighborhoods in terms of tourist activity. Intensive tourism should be balanced with other more citizen-oriented activities on Barcelona’s waterfront. Precisely in the area of the new inlet, the development of a training hub related to sailing is planned.

The third question relates to a fundamental matter, its economic viability in the medium and long term, beyond the initial investment from an investment fund. Is the maintenance of a museum fathomable without public support or tax benefits for private investment, like in the English-speaking world? It would actually be something new as there are no cases similar to our context. All private museums have some banking institution or some form of public support that allows them to have funding, beyond the revenue generated by the museum. Nowadays, although institutions earn revenue from admission, renting out their spaces or complementary services – such as the coffee shop or restaurant –, we have no precedents that guarantee the economic sustainability and the paying back of an investment like this without some big company or public institution pledging their support.

The arrival of a new cultural institution in an urban ecosystem has to envision relations and complementarities with other similar institutions.

And, finally, the arrival of a new cultural institution in an urban ecosystem has to envision relations and complementarities with other similar institutions. What role should be played by a Hermitage Museum in Barcelona? What relationships should be established with the rest of the city’s museums and Barcelona’s art scene?

In our city, the far-reaching changes generated by the Olympic Games of ‘92, with a network of large facilities, also had urban regeneration goals – the Del Liceu al Seminari project [From the Liceu to the Seminary municipal city planning project] to transform the Raval is a clear example thereof – and contributed to the economic transformation of the old industrial city into a major city geared towards new services and tourism. The reconstruction of the Liceu or the MNAC [National Art Museum of Catalonia], the city of theatre with the Teatre Lliure in Montjuïc, the Mercat de les Flors and the Institut del Teatre, the creation of the MACBA [Barcelona Museum of Contemporary Art] and the CCCB [Barcelona Centre for Contemporary Art], or the Glòries hub with the L’Auditori [concert hall], the TNC [National Theatre of Catalonia] and later on the Museu del Disseny [Design Museum], also fulfilled objectives that extend beyond the strict cultural needs of each one of the sectors. The decline of industry called for new ways of generating wealth, and new means of presenting itself to the world. The differences, however, with the Guggenheim Bilbao operation, are notorious. Over and above seeking goals beyond culture for the various investments, all of them stemmed from a close link with the local context. The obsession with stone, the lack of funding for training, cultural production or disregard for the extremely rich ecosystem of artistic and cultural initiatives in the country can be rightly argued, but the major infrastructures generally resolved longstanding shortfalls in Barcelona’s art scene such as the theatre, heritage, music…

Barcelona is at a very different point today. The city has a cultural ecosystem with institutions, facilities and projects of very different scopes. Museums, auditoriums, theaters, creation factories, neighbourhood cultural centres and libraries exist alongside producers, publishing houses, companies and festivals of tremendous diversity. The matter concerning stone is fairly settled in the municipal district; in any case, imagining new polarities on a metropolitan scale is a priority. The pending cultural issues are more related to training and the promotion of artistic practices, linked to new educational careers, and support for creation, in any discipline. From the stone age, to the age of content. From the cultural market, to citizen practices. From culture as a pretext, to cultural rights. From the usual centrality to an increasingly metropolitan perspective. Instead of a museum city, a laboratory city. These are some of the questions raised by this new initiative.

Holding a Degree in Education Sciences, Jordi Martí is a Councillor for the Presidency and the Eixample District at Barcelona City Council.