Let’s embrace the debate and broaden our perspective 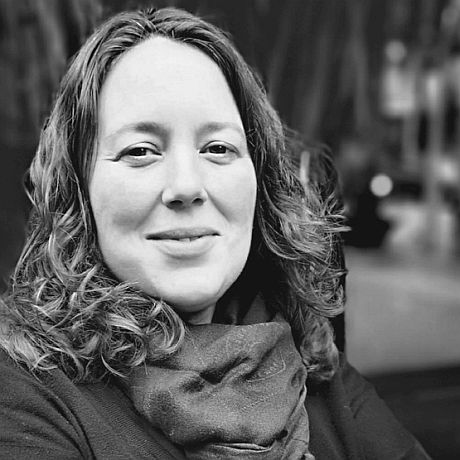 Expert in addressing violence against women and Deputy Chair of the Official Association of Psychologists of Catalonia.

It was not so long ago that we referred to “crimes of passion” and the Spanish Civil Code enforced “the duty of marital obedience”. We have dispelled the stereotype of “battered women”, we have found clarifying words such as heteropatriarchy and we have exposed normalised day-to-day violence. We must respond to new challenges, without eschewing the debates they raise. We must take into account forms of violence beyond the confines of intimate partner violence, foster prevention in childhood and adolescence, and tackle the structural causes of violence.

A tough present, the result of a shameful past

Violence against women is a global and local scourge, which can be categorically asserted from the statistics forming the background to this article. Nevertheless, it has not always been considered to be so. It should be borne in mind that the specific Spanish State law did not come into being until 2004, that figures have only been recorded since 2003 and that it was not deemed a public issue until the late 1990s in the wake of the 1997 Ana Orantes case, which triggered a media frenzy. It was material for the sensationalist press, which called it a “crime of passion”, with all the associated romantic justification that it was given. Divorce was not legalised in the Spain until 1981, and until 1975 the Spanish Civil Code established that a married woman bore the “duty of obedience to her husband”, who was the one who administered all their property.

We have come from a society that has allowed, encouraged and even regulated violence against women (who could exercise it, when, to what extent, etc.), a matter that is still an open debate today, as demonstrated by the comments made after relevant cases. We have made progress in determining the magnitude of the issue thanks to specialised studies and polls. However, now we know that this appalling official figure of 1,021[1] femicides since 2003 only represents the smallest yet most serious visible tip of the issue, which does not include female homicides that do not fall into the category of partner or former partner (children, mothers-in-law, prostitutes, strangers, etc.) or other serious situations that have fortunately not resulted in another murdered woman.

We are faced with a highly complex phenomenon set in a cultural, social, religious, legal, political, media and, ultimately, emotional and personal context, interwoven for centuries, in other words, a patriarchal system that we cannot tackle with magic wands, but by embarking on a long road ahead. Nonetheless, we must do so without giving up and appreciating the huge potential of what we have already accomplished.

A great revolution before our very eyes

The list of victories is, as we have said, noteworthy. Thanks to the demands and struggles initiated by feminist movements, this violence is no longer considered a private domestic affair, but rather the social, political and public health issue that it is. Another major recent breakthrough has been giving it a name and putting an end to its isolation. We have incorporated words such as heteropatriarchy and intersectionality into our vocabulary, revealing how multiple forms of violence have been used as the basic tools for keeping social control of our bodies and behaviour, normative models of sexuality, intimate relationship and family models, what is expected from men and women... Now we are aware.

But there’s more. We know many people face these forms of violence on a daily basis, which has meant that calls for help are more frequent. Many care services have noted that women present much more diverse profiles (in terms of age, origin, socioeconomic and educational status, etc.), and that they are accompanied by friends or family who have helped them identify the situation and have lent them support. All in all, and as illustrated by the facts presented herein, we can affirm that we have dispelled the stereotype of a middle-aged woman with a poor educational background that considerably hampered the identification of abuse. We have ascertained that there are no profiles, that we are affected by this system, and this makes us prejudge less and makes us more aware of reality.

The present challenge is to understand that sexual violence must be tackled in structural terms, not by means of criminal reforms.

Lifting the veil of sexual violence

After years talking almost exclusively about “intimate partner violence”, having encountered obvious difficulties in identifying and discussing the issue freely, the explosion of Twitter hashtags (#Cuéntalo [Spain and Latin American’s own #Metoo movement], #Metoo, etc.), websites with first-hand accounts of abuse and the demonstrations surrounding trials like that of La Manada [Spain’s notorious “wolf pack” rape case] have – finally – managed to bring to light how these forms of violence had been deeply silenced by the shifting sands that underpinned them: a conspicuous lack of emotional and sexual education, along with gender stereotypes, various taboos and the most classic tenet of morality, which turned the blame on the victim.

Added to this ground-breaking point in the revolution is the fact that, in the last year, reports of sexual violence have risen thanks to the faith that there will be less double judgements, in other words, socially, the victim will gain more understanding and empathy, although judicially we still face the same victimising and often stereotypical procedures that are hugely witnessed in judicial bodies.

However, since the removal in 1989 of sexual violence crimes from the Spanish Civil Code’s chapter on “crimes against honesty” (an attack on the moral integrity of society at large) and their amended consideration as “crimes against sexual freedom” (individual), the changes have been minimal, and we are back facing demands calling for a new amendment. The present challenge is to understand that sexual violence must be tackled in structural terms, not by means of criminal reforms that in a sensationalist manner call for an increase in penalties or the criminalisation of more forms of behaviour. Because it is not a matter of years, or of skipping due process hearings, since it is pointless to ask for the solution from a deeply patriarchal, racist and classist system like the punitive one (legislation, police, courts, etc.). It is therefore imperative that we focus policies on women’s sexual freedom and we avoid seeking absolute security (protected areas, secure nightclubs, etc.) since, apart from being an impossible goal to achieve, it fuels fears, overrides wishes and, ultimately, judges the same women again. Even the most benevolent actions, such as those that censure allegedly sexist cultural elements (for example, when C. Tangana’s concert was removed from the Bilbao festival line-up) fall into a rationale of protection that leaves no room for criticism and puts women (very often young women, with a heavy dose of paternalism) in the same place again. It is a great achievement that recreational spaces are seen through rose-tinted glasses, but we must be aware that this debate, also within feminism, is more urgent than ever.

Let’s go beyond the identified intimate partner violence, taking particular action in the domains of the family, the workplace and the community.

It’s time to address the challenges of the future. Let’s broaden our perspective to see how multiple forms of gender violence are manifested, which also cut across migratory processes, origin, social class, gender identity and expression, sexual orientation, functional diversity, mental health, and so on. And let’s go beyond the identified intimate partner violence, taking particular action in the domains of the family, the workplace and the community (trafficking for the purpose of forced prostitution, forced marriage and slavery, female genital mutilation, sexual assault, etc.).

Let’s consider different stages of life: childhood and adolescence, youth, adulthood and old age. The child protection system is found to be wholly insufficient for the action, since it is based on a rationale in which what counts is ensuring they have a person to look after them, that does not address situations of gender-based violence, in which girls and boys are often used as a currency or vehicle to continue perpetrating this act. We continue to have a very precarious and often revictimising framework for the accurate detection of and action on sexual violence committed against children, whose reporting may end up punishing the very mothers and professionals who expose the abuse. With the same urgency, spaces for adolescent care must be revised to adapt them to their needs, time and, above all, autonomy when requesting help.

Let us be clear that pointing out multiple and everyday forms of heteropatriarchal violence, far from fuelling victimhood – as used by some extreme-right groups to attack the feminist movement – vociferously reveals a reality that we must identify and support to build both individual and collection resistance and coping strategies. Because it is crucial that we assume these challenges with great community solidarity among neighbourhood residents, local shops, transport, the media, cultural amenities, care and educational centres, etc.

Only in that way, attacking simultaneously from many fronts, will we reduce the complicity (ignoring, looking the other way, playing along, etc.) that any violent act needs, will we be able to support the victims of abuse and will we foster personal reflection about gender, the use of violence and sexual and emotional relationships to create new models. And this will only be achieved by listening to each other and tackling the complex issues on the table, as a feminist movement and as a society.

Expert in addressing violence against women and Deputy Chair of the Official Association of Psychologists of Catalonia.