Obesity as the epitome of precariousness 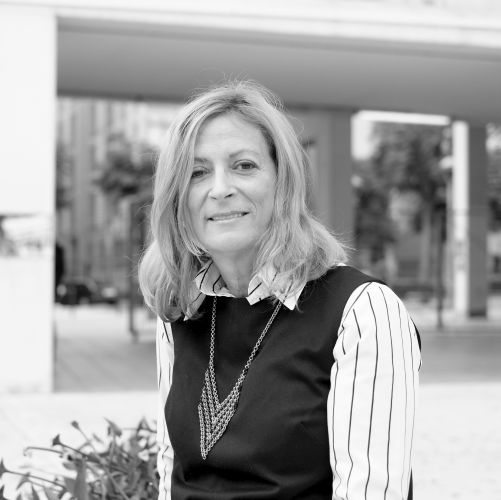 Although sufficient food is produced to meet the needs of the entire population, inequalities in food access mean that one third of what is produced is wasted while people are going hungry or are malnourished. Food insecurity is growing as the global epidemic of obesity and overweight spreads. Economic precariousness has been shown to be a clear risk factor.

Annually, one third of the food produced in the world is wasted, while one in ten people still do not have enough food. In fact, malnutrition and, simultaneously, food loss and waste are opposing phenomena that coexist in a world where the ecological resources that support the demands of the agri-food industry are increasingly limited.[1]

The health emergency sparked by COVID-19 has once again brought the fragility of this system to light. In some countries, the queues of thousands of people at the doors to soup kitchens have gone hand in hand with the disruption of the food supply chain by farmers, forced to destroy millions of kilos of vegetables or litres of milk given the drop in demand and the consequent fall in prices. If, as is widely claimed, food production is sufficient to feed the entire world population, why does insecurity persist? Why are hardships part of the overabundance and what are the correlations with the emergence of new diseases?

There is a close connection between two phenomena that have grown in Spain in recent years: obesity and food insecurity. Both are rooted in profound changes to environments and ways of life, but particularly in social inequality caused by the impact of growing precariousness.[2]

The social distribution of obesity: a weight problem?

Considered the direct outcome of high-calorie diets and insufficient energy expenditure, obesity is understood as an affliction brought about by the rapid technological and socioeconomic transformation that has taken place in many countries, including low-income ones. Globesity is the term used to refer to the epidemic nature and the global repercussions of these transformations in the increase in excess body weight and associated comorbidities, such as type 2 diabetes, coronary heart disease and hypertension.[1] According to the WHO, in 2016 more than 1.9 billion adults were overweight and 690 million suffered from obesity.[2]

With a view to mitigating its effects on health, and in the belief that obesity is preventable, the WHO developed the Global Strategy on Diet, Physical Activity and Health 17 years ago, a tool to guide member states in their efforts to prevent chronic diseases by promoting healthy diets and physical activity. In 2005, Spain drew up the Strategy for Nutrition, Physical Activity and the Prevention of Obesity (NAOS), a multisectoral plan that considers changes in lifestyle to be the main cause behind the rise in obesity. “Eat better and move more” was the ideological slogan driving the actions undertaken in an endeavour to improve health.

In recent years, however, international organisations have underlined the importance of other micro and macro-environmental factors beyond the emphasis on diet and exercise. This includes, among others, the rise in food prices, the reformulation of food and beverages, and access to housing and decent employment.

It has been suggested that the effects of this recent crisis have contributed to the rise in obesity, presenting economic precariousness as a risk factor. On average, one in six adults in the EU member states was obese in 2012, compared to one in eight in 2002. In Spain, according to the National Health Survey (ENSE, 2017), the obesity rate in the adult population reached 17.43%.

Although surveys show that obesity affects all social groups, the prevalence is higher among people with fewer resources and a lower level of education, especially women.

Although surveys show that obesity affects all social groups, the prevalence is higher among people with fewer resources and a lower level of education, especially women; obesity and overweight increase according to the socioeconomic status of the person interviewed. As for minors, the 2020 Aladino report reveals that, while 23.2% of girls and boys from families with a gross annual income below 18,000 euros present obesity, in families with incomes higher than 30,000 euros it affects only 11.9%.[1]

According to the state survey, the same has happened with physical activity. Almost half of the people with lower incomes (46.7%) have a sedentary lifestyle, while the figure is 24.3% among the highest earners. Unemployed people with less academic qualifications also do less sport.

In light of these reports and figures, a double paradox converges on Spain’s health and political agenda. On the one hand, it is striking that the prevalence of obesity continues to rise, with countless preventive initiatives and protocols for early diagnosis having been set in motion. On the other hand, it is surprising that its social gradient has been recognised on paper with no specific measures having emerged in most of the preventive actions.

Food insecurity in times of crisis

Obesity reflects a problem of social inequality that is often accompanied by situations of food insecurity. Among people with fewer resources, food consumption patterns are limited in variety, quality, and frequency. Furthermore, the global economic crisis that began in 2008 has borne negative consequences on food security to this day. The most recent estimate for 2019 shows that hunger in the world is on the rise since 2014, affecting 690 million people.[1] In Spain, according to FAO annual reports, people in a situation of food insecurity have grown from 600,000 to 700,000 in just one year, which means that they cannot consistently and autonomously access sufficient, healthy and culturally acceptable food.

Although macroeconomic figures improved between 2015 and 2019 in terms of the unemployment rate and growth, living conditions have changed significantly for many people. Job quality has worsened since the Great Recession, with more temporary contracts and lower wages preventing many workers from escaping from poverty.[2] In fact, the number of employed people at risk of poverty in Spain has risen from 10.9% in 2010 to 12.7% in 2019, representing an increase of 16%, four percentage points above the European Union average.

The loss of purchasing power is the cause behind the evolution of the consumption of certain products, especially the cheaper and less healthy ones.

This growing precariousness has had consequences in different areas of day-to-day life, especially food. Some authors point to the loss of purchasing power as the main cause behind the evolution of the consumption of certain products, especially the cheaper and less healthy ones, and also the drop in the cost of food outside the home.[1] One of the most significant impacts of impoverishment materialises in the difficulties that people face when endeavouring to meet basic needs, which is reflected in the indicators outlined in the Living Conditions Survey (ECV). In the throes of the crisis, 16.9% of households stated that it was very difficult to make ends meet, 3.4% more than in 2012, while 27% could not afford a meal based on meat, chicken or fish every day.[2]

Today, the health emergency triggered by the pandemic has spawned a new crisis. In fact, applications for food aid to social services and humanitarian organisations have burgeoned across all Spanish cities. In Barcelona, the services provided by the City Council in 2020 quadrupled compared to the previous year. What’s more, this year alone, the number of people using Food Banks has almost doubled: whereas early 2020 saw 1,050,000 beneficiaries, according to FESBAL (Spanish Federation of Food Banks) figures, the figure has reached 1.8 million people in 2021. Almost half of the families served by Caritas in 2021 have been unable to eat an adequate diet on account of financial problems, bearing effects on their physical health and well-being.

Various studies carried out in Spain reveal that people who undergo a substantial, and often unexpected, drop in income, cut their expenses in all areas, including food.[3] Minimising leftovers, increasing the purchase of cheaper products, prioritising price as the main criterion for selecting and preparing dishes, or skipping meals, can achieve this cut. Precariousness diminishes the opportunities to obtain food on a consistent and autonomous basis, which has led to the resurfacing of expressions such as “scarcity”, “eat what you can and what you get” or “skipping meals”. 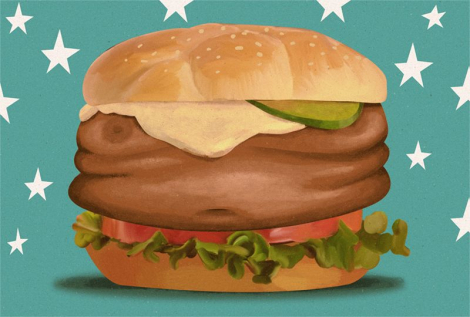 Redressing the phenomena mentioned here without applying specific policies that alter key economic, health and social factors seems difficult. Since poverty has a tangible effect on health, we need to ascertain whether the progressive rise in inequality in Spain has influenced the prevalence of obesity and whether this can be related, as has occurred in other countries, to specific forms of material deprivation.

The map of food aid in Spain has spread and divided even further with the impact of the pandemic.

On the one hand, food insecurity is found to be an issue affecting people who cannot meet their basic needs, which is why the authorities have defended food distribution as the fastest and most straightforward solution. The map of food aid in Spain has spread and divided even further with the impact of the pandemic, fostering a new charity economy in charge of distributing basic goods to the poor or the needy. While food aid contributes to meeting basic needs, at the same time, it deflects social pressure on the State and makes benefit recipients increasingly dependent on the resources organisations provide.

As far as obesity is concerned, it has been seen as primarily a behavioural issue, stemming from careless attitudes on the part of those suffering from it and/or their lack of willpower or nutritional knowledge, which could be avoided by eating better and moving more. This appraisal alludes to profound changes in lifestyles that have undoubtedly occurred in Spain, but the extent to which they have borne an impact on health and whether this influence has necessarily been negative are little known. Lifestyles should not be reduced to behavioural determinism or behaviours as isolated actions, set apart from the context and from the determining factors that sustain and lead to social practices.

Despite growing globalisation, obesity does not have the same effects around the world. Not all overweight people are sick nor do all those who are eat badly. The prevalence of obesity is very uneven, and corresponds to intra and intercultural differences. The same goes for food insecurity. And not only because the opportunities to feed oneself and manage health differ greatly according to the variables analysed here, but also because eating practices depend on other micro- and macro-structural factors, such as employment, working hours, food prices, access to housing or gender inequality. The daily demands faced by people made vulnerable by the austerity policies intensified during the crises have not made a better diet possible, at least not to the extent that the health authorities would like, because a change of diet calls for a change of lifestyle, which is not only difficult, but can become impossible for many.