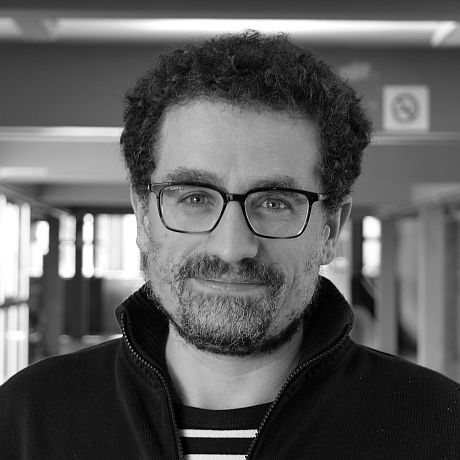 Serra Húnter Assistant Professor at the Sociology Department of the University of Barcelona and a member of the research group CRIT (Creativity, Innovation and Urban Transformation), where he investigates issues related to citizenship, social inequalities, urban and multilevel governance and local economic development. 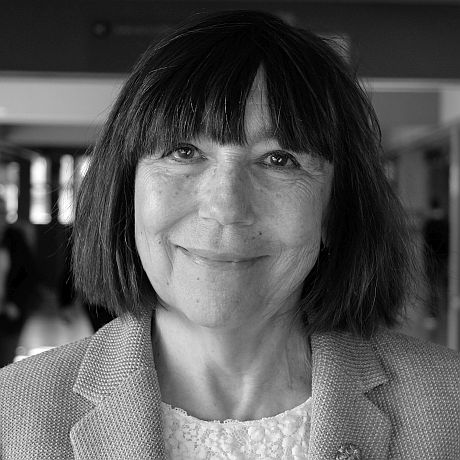 Professor of Urban Sociology at the University of Barcelona and member of the research group CRIT (Creativity, Innovation and Urban Transformation).

In the face of the post-crisis neoliberal siren calls, crying out for individual responsibility, civil society has organized itself to provide a collective response to the consequences of the crisis. Social innovation that has arisen in many cities involves a greater citizen involvement in the provision of ideas and initiatives to new social needs that both the State and the market have ceased to prioritise.

The economic crisis that began in 2007 and the austerity policies subsequently implemented have borne dramatic repercussions for cities and have generated the need for new solutions to emerging social challenges. In this context, debates on social innovation have flourished in Europe and in other parts of the world, drawing the attention of public administrations and a certain private sector. This article highlights the innovative capacity of citizens organised as civil society or as members of social movements in cities in general and in Spanish cities in particular. Also noteworthy is the centrality of local institutions, since it is they that forge creative links with these citizens and vice versa. Our goal is to send a message of hope in light of the existing challenges and difficulties to dispel the climate of intellectual despair in which we live.

Let’s start by recalling that, in southern European cities, family and community solidarity play a key role in the development of types of social welfare. With less well-established welfare states than in northern countries, social policies in the south are complemented by the work undertaken by civil society organisations. However, it is worth noting that they are further enhanced thanks to somewhat informal forms of solidarity that emerge and become established in neighbourhoods and social spheres, giving rise to particular local welfare systems and marked by the specific institutional contexts of each locality. Against this backdrop, since 2007 we have witnessed the emergence of new citizen initiatives to tackle the crisis that have not only implied support to mitigate the harmful effects of said crisis and austerity, but have also reinforced the bonds of solidarity and the sense of community. Furthermore, in specific circumstances, a political dimension has surfaced that challenges power relations that have become rigid and intransigent and issues a call for defending social justice. Let’s think back to the explosion of demonstrations in many city squares in 2011 whose banners read: “They do not represent us” and “More social justice”.

What do we mean when we talk of social innovation? The concept of innovation is laden with ambiguity and is used for different purposes. European Union institutions, national and local governments and the private sector adopt social innovation as a tool for improving citizens’ life opportunities. This perspective is linked to the paradigm of social investment, which implies greater citizen involvement in the provision of ideas, initiatives and responses to new social needs that both the State and the market have ceased to prioritise. Making citizens responsible for their needs seems to fit into the neoliberal paradigm that has permeated policies in recent decades. Let’s remember the siren calls made to strengthen social capital and civil society engagement, to replace collective responsibility that implies offering life opportunities to citizens through the redistribution of resources and benefits.

In southern European cities, family and community solidarity play a key role in the development of types of social welfare.

Our way of understanding social innovation is not based on replacing the social responsibility of the State, and to some extent of the market, through citizens’ social action. On the contrary, social innovation plays an important role in bringing public and private accountability up to date, making it more accessible, stronger and more pertinent. We are not alone in this approach (see Moulaert et al., 2013). There is a wealth of experiences in cities around the world that is helping to strengthen relations between citizens and institutions with the aim of meeting needs as well as improving citizenship rights. How? Socially innovative initiatives are so partly because they are the result of collective processes of reflection and action to match and respond to old and new needs. We are referring to the needs for security provided by a home, or participation in society through education or employment, but also to involvement in cultural creativity and, naturally, in the care of children, the sick and the elderly.

The social innovation that occurs in manifold and diverse citizen experiences observed in Barcelona, Bilbao, Madrid and Zaragoza (see El momento de la ciudadanía) [The Moment of Citizenship], and that also takes place in other cities, has very valuable stories of gestation, development and consolidation. Each experience has generated at least three creative moments: firstly, collective awareness of a problem or need to be addressed; secondly, organisational capacity to deliberate on and find unexplored solutions; and thirdly, collective experimentation – doing with others – and, in the experimentation process, perhaps build new, more horizontal and less instrumental social relations. This social mechanism is called the transformation of social relations. By way of example, the association Senda de Cuidados in Madrid promotes social-labour integration by professionalising the care of children and the elderly while helping to dignify the work of care-giving.

The association Barceloneta Proa a la Mar, organised by residents, promotes the hiring of unemployed people from the neighbourhood in local businesses.

In a number of more successful cases, links with institutions (mainly local ones) are forged with the aim of achieving greater programme impact and fostering more far-reaching social solutions. In Barcelona, Barceloneta Proa a la Mar, organised by residents, promotes the hiring of unemployed people from the neighbourhood in local businesses. It has also pushed for an economic agreement for the neighbourhood with the City Council in order to develop the social and solidarity economy. In Bilbao, Ekhi Txanpona has promoted a social currency to be used in shops in the city’s old quarter, and in collaboration with other municipalities they have a local economic development tool.

One cross-cutting element across all the initiatives, regardless of their specific objective, is the willingness to place citizens at the heart of the development of political responses to combat social exclusion, such that those affected by exclusion are involved in building a solution. They are not, therefore, examples of assistance-based actions. In this respect, the generation of own resources through cooperatives and alternative financial networks is very worthwhile. There are fine examples in Spain: Coop57 Aragón is a cooperative that grants loans to social and solidarity economy projects; the Network of Alternative and Solidarity Economy Networks (REAS), present in various autonomous communities, is an association that in Madrid, where it had been weaker than elsewhere, was strengthened by the 15-M movement. 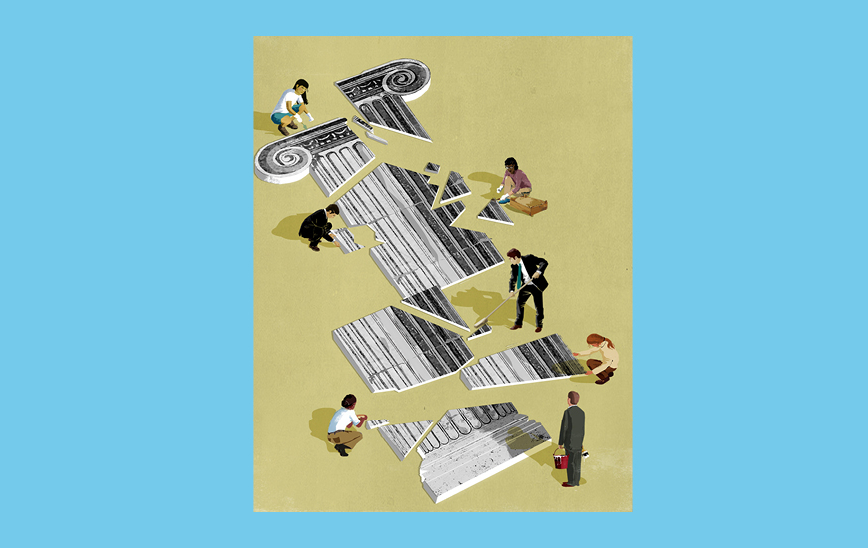 A lot of experiences illustrate the creative capacity of the 15-M movement, especially when it left the squares behind and returned to the neighbourhoods and institutions, or organised in networks to present solutions to the economic downturn.

Some innovative institutions emerged from citizen associations and from the debates that took place in neighbourhoods in the 1980s, while others have been set up recently. At some point all of them have established mechanisms of democratic internal organisation through assemblies. All in all, most have endeavoured to establish horizontal practices and mechanisms that allow these democratic decisions to be combined with technical decisions made by professionals. Finally, the majority has sought some sort of rapport with the government so that citizens are involved in the decisions that concern citizen welfare. The defence of citizen rights and social inclusion has been led, among other initiatives, by two organisations: Yo Sí, Sanidad Universal, in Madrid, which has helped immigrant patients excluded by law; and the nationwide Alianza contra la Pobreza Energética, which has guaranteed access to a basic service for impoverished people, implementing changes to the legislation of autonomous communities.

On comparing social innovation in four cities, it is noteworthy that the virtuous development of collaboration between citizens’ organisations and local institutions largely depends on the local institutional context, with different paths of civil society engagement.

However, these institutional contexts were shaken by the municipal elections of 2015. In Barcelona, Madrid and Zaragoza, the arrival of new city councils “of change” meant the implementation of institutional innovation processes and the pursuit of cooperation mechanisms between civil society and the authorities, although with mixed results.

In our book we sought to present experiences that illustrate the creative capacity of the 15-M movement, especially when it left the squares behind and returned to the neighbourhoods and institutions, or organised in networks to present solutions to the serious repercussions of the recent economic downturn. We have done so on account of its intrinsic value as an innovative initiative undertaken by civil society and social movements, but also to bridge a certain gap. Admittedly, 15-M has been thoroughly examined, but the analysis has often been performed from the political point of view, devoting attention to the emergence of new parties and electoral platforms. For us, the value of these organisations also lies in the fact that they have defended the rights of social citizenship. They have done so – with varying degrees of success – by establishing alternative mechanisms of economic organisation that help reduce vulnerability and dependence on market mechanisms. After this election year we will see if they are pursued further. 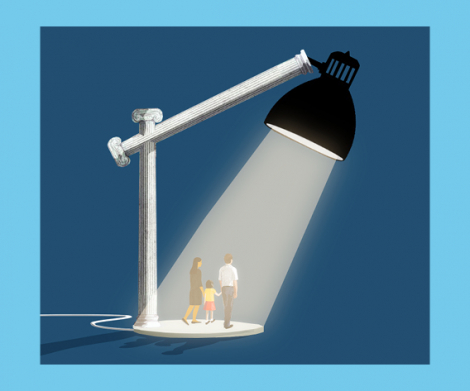 Social innovation can lead to the strengthening of social relations on the geographical basis of the neighbourhood or district (and even the city or town, in the case of smaller ones). It may act as an antidote to social segregation. It is therefore necessary to emphasise local development as a means to halt the territory-based dynamics of exclusion. Neighbourhoods have reached out in recent decades with the aim of improving citizens’ life opportunities, especially those most vulnerable to recurring economic crises. The dialogue between neighbourhood stakeholders has fostered federations and coalitions that have contributed to better governance of cities’ social cohesion. Thanks to their projects aimed at achieving greater social justice, urban stakeholders, working at neighbourhood level, have reached other decision-making spheres and have thereby contributed to consolidating social and political rights.

Spanish cities face a major challenge. Both local authorities and civil society consider their capacity to transform and strengthen local welfare systems limited due to the situation of multi-level governance that is not necessarily city-friendly. In recent years, austerity policies implemented at autonomous community level have led to a trend towards recentralisation through budgetary mechanisms and the withdrawal of local powers. We believe that significant legislative changes must be made to afford greater power and financing to local governments. Constitutional reform that will one day be pushed through in Spain will present an excellent opportunity to stimulate debates and proposals in this direction.

Serra Húnter Assistant Professor at the Sociology Department of the University of Barcelona and a member of the research group CRIT (Creativity, Innovation and Urban Transformation), where he investigates issues related to citizenship, social inequalities, urban and multilevel governance and local economic development.

Professor of Urban Sociology at the University of Barcelona and member of the research group CRIT (Creativity, Innovation and Urban Transformation).