The far right and authoritarian populism, challenges for liberal democracy 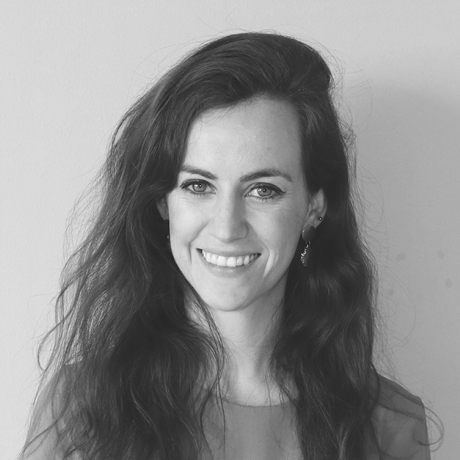 The surfacing of far-right or so-called “authoritarian populist” political parties in the United States and in some parts of Europe seems to be contradictory, as they are emerging in so-called “consolidated democracies”. But this emergence is in keeping with a historic rationale: it is taking place against a backdrop of economic crisis and declining living standards.

The rise of the far right or authoritarian populism in many European countries and the United States (not to mention India or Brazil) is somewhat surprising, but somehow it seems the logical conclusion of a historical process of discontinuous progress in “troubled times”.

What is surprising about the (apparently indefinite) presence of far-right political parties in the political system of these States is that it is occurring in so-called “consolidated democracies”, that is, States that have enjoyed some form of democratic governance for more than fourteen years and that offer certain guarantees as regards fundamental rights and freedoms, including those of minorities. Since the Second World War, and especially since the end of the Cold War, many authors and commentators had consigned ideology groups to the past, groups that are defended today by politicians such as Orbán in Hungary, Santiago Abascal in Spain, Matteo Salvini in Italy, Marine Le Pen in France and Jair Bolsonaro in Brazil.

The fact is that these parties, political leaders and movements somehow differ from the far right and from the fascism of the past. It is important to highlight the distinctions and define the phenomenon we are faced with.

Although reference is often made to the rise of the far right, in some respects these political parties and movements do not always put forward policies traditionally associated with the right. Some of them, in their most populist dimension, present redistributive economic policies more typical of the left than of conservative economic policy.

Some parties such as the National Rally led by Marine Le Pen in France or the Party for Freedom in the Netherlands have assumed a position of defence of the rights of women and the LGTBI community, arguments they wield to defend these groups from the “threat of Islam” or of Muslims.

In France, the grand remplacement theory, which poses a major threat to gender equality, is highly developed. This conspiracy theory, which has taken its toll on the authoritarian far right, asserts that the population of France (or of Europe or the country in question) is being progressively replaced by non-Europeans (especially Arabs or sub-Saharan Muslims) through migration, demographic shifts and the drop in the birth rate with the collusion of “replacist” elites.

Advocating the protection of the environment and territories is another innovation or distinctive feature of today’s far right, or of the leaders of these movements in some countries. It is enough to listen to the speech delivered by Marion Maréchal (granddaughter of Jean-Marie Le Pen and intellectual leader of the French far right) in October 2019, in which she claimed that “protecting the environment is, essentially, conservatism”. Ecofascism is also beginning to be talked about. The terrorist who attacked a mosque in Christchurch, New Zealand, described himself as an eco-terrorist. The perpetrator of the deadly shooting in El Paso, the United States, against the Latino community of Texas also alluded to the theory of grand remplacement and to the problems of limited resources that put the United States under pressure.

Some authoritarian populists, such as Viktor Orbán, openly defend an illiberal democracy, a democracy without rights.

Apart from its ultra-conservative political tendency, it is undeniable that it encompasses parties and movements that fit perfectly within what we understand by “authoritarian populism”: a “populism” that, through its own rhetorical style, reflects the leading principles on who should govern, claiming that legitimate power lies with “the people” and not with the elite. It is also considered “authoritarian” because it prioritises “hard” security to protect a group defined as “its own” against threats from a “foreign” group (considered inferior), as well as compliance with the group’s standard rules and loyal obedience to leaders.

Authoritarian populists pose a challenge for liberal democracy. Some, like Viktor Orbán, openly defend an illiberal democracy, a democracy without rights. But although they become illiberal, with a tendency to dehumanise the population they present as threatening (for example, the comments by Rocío Monasterio, from Vox [Spain’s far-right party], in which she referred to unaccompanied minors as “herds”), most often they promote the use of purely democratic mechanisms. In some cases they strongly defend direct democracy, bypassing the restrictions and controls that come with representative democracy.

Unlike the movements of yesteryear, according to the research carried out by the Institute for Strategic Dialogue, now the far right is coordinated internationally. It has created an international ecosystem (no longer limited only to the national level) that shares tactics and strategies among different parties and movements, is technologically sophisticated and recruits groups that make a break with the traditional lines of far-right supporters.

Authoritarian populism takes many forms and is at different stages of development in each country. It is more consolidated in Hungary or Turkey – where illiberal democracy can already be alluded to –, and less so in other countries such as France, Italy or Spain, where it represents a major force on the political scene today but has still not managed to get hold of the power. Despite the differences, it is no coincidence that this movement is gaining support, as its rise occurs in a shared global context, despite its different manifestations in each national reality.

In Europe and the United States, there are very low levels of trust in governments, in the media and in companies, as well as less commitment to democracy as a system of government.

The authoritarian populist movement has developed against a backdrop of economic crisis and declining living standards. Despite the recovery (in some States) after the financial crisis of 2007-08, former living conditions have not been restored. Similarly, advances in factory automation and the potential of new technologies such as artificial intelligence may pose new challenges that these actors may take advantage of. Furthermore, we are in an era of major demographic changes: aging populations in continental European countries, a rise in multiculturalism and more visible migratory flows.

We are also in the midst of a major crisis of confidence in all the political and social institutions on which liberal democracy is based. In Europe and the United States, there are very low levels of trust in governments, in the media and in companies, as well as less commitment to democracy as a system of government. This mistrust emerges especially in countries where years of corruption have been experienced that have now come to the fore, although institutional fatigue and anti-elitist sentiment are common traits across all countries where the far right has seen greater success.

The emergence and prevalence of social networks today should be added to this. Beyond the phenomenon of foreign electoral intervention and fake news, far-right parties have proven to be highly competent in using these networks to push their message. It doesn’t help that algorithms from platforms like Facebook probe consumers’ psychological vulnerabilities and exacerbate polarisation and radicalisation.

The people most likely to support far-right groups are also those who sense that their national identity is disappearing.

Authoritarian tendencies: “Us vs. Them” or political tribalism

The academic Karen Stenner discusses the authoritarian dynamic from the point of view of social psychology applied to political science. From this perspective, this dynamic occurs when authoritarian impulses (a latent psychological trait in 30% of the population) are activated in the event of normative threat. This threat can easily be related to an accelerated rate of change like the one we are currently experiencing and that is linked to the cognitive need for unity and equality. People with these tendencies tend to have more difficulties in the face of change and prefer homogeneity; and, apparently, we are now at a time when these tendencies have been activated, somewhat fostered by populisms.

While cosmopolitan elites talked about the demise of the nation state and the erosion of borders, they forgot that group identities and, primarily, national identity, fulfil a major cognitive function by satisfying the need for belonging to a group that is rooted in the psychology of every human being. Public opinion polls conducted by More in Common in Italy, Greece, Germany, France, the Netherlands and the United States show that the people most likely to support far right-wing groups are those who sense that their national identity is disappearing or who feel like strangers in their own country.

This context has given far-right stakeholders extremely fertile ground to return to exclusionary conceptions of the nation state and to redefine their own group, an “us” (in-group) versus a distinct “them” (out-group) that is presented as a threat. This “them”, in most cases, comprises the migrant population. Unsurprisingly, authoritarian populists are therefore capable of exploiting the migratory phenomenon and the migration crisis of the Mediterranean (or southern border crisis, in the case of the United States), a resource that seems to characterise all these political movements, who find in migrants or minorities a threat against order, law and the execution of the will of the people they claim to represent.

The challenges for liberal democracy and polarisation

Authoritarian populism presents real challenges for liberal democracy as we know it. Its rise coincides with the escalation in hate crimes. These movements foster and benefit from polarisation, a more palpable phenomenon in the United States today, but that is also developing in Europe. For instance, in North America there is so-called “issue-based polarisation” in which, when faced with a multiplicity of issues – such as abortion, immigration or the possession of weapons –, there are different political groups pushing in the same direction; those who advocate the legalisation of abortion are often the same as those who support gun ownership restrictions and a liberal migration policy.

Over and above this issue-based polarisation is “affective polarisation”, which poses more challenges and is the one that authoritarian populists most benefit from. The Brexit case is a clear example thereof: in this particular matter, each group sees itself positively and feels animosity for the “opponent”, which they tend to caricature and even dehumanise. In the United Kingdom, those most in favour of staying in the European Union perceive other ‘remainers’ favourably and ‘leavers’ (Brexit supporters) unfavourably and mockingly, and vice versa. It does not matter that they agree on many other issues, the crux of the matter is the divergence in these identities that have formed.

In polarised societies it is harder to face collective challenges and to compromise, which is key to making democracy work. Authoritarian populists, through polarisation, can activate their foundations, attract those who are not their supporters, and stir those who do not support them so that they also radicalise to the other extreme. When this happens, truth and facts become less important because we interpret reality from the point of view of identity and what it represents for our group affiliations. The truth becomes dependent on what suits the group and the cause. This is the point we are at in many European countries and in the United States, and this is the challenge that we must tackle.