The policies sought by the new generations 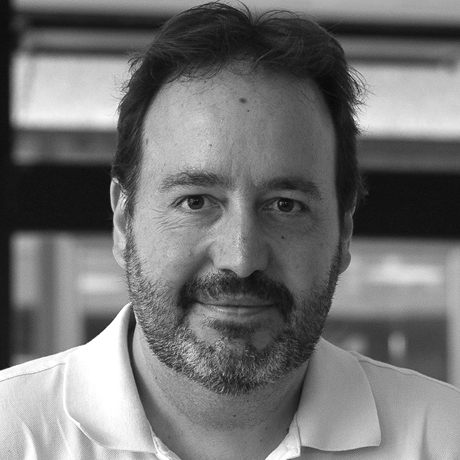 The design of the current welfare state and the social and economic reality facing young people today suggest that their demands will be more of a qualitative (a reorientation of policy towards new needs) than a quantitative nature (an increase in the degree of government intervention). Recent findings from public opinion pools seem to support this hypothesis.

Although there has always been a certain degree of political conflict between the demands and aspirations of different age groups, there are many signs that this conflict is being further exacerbated in contemporary societies. The growing gap in political and electoral preferences between the young and older generation is perhaps the best example thereof. We are well aware that this divide is not specific to Spain, so it is reasonable to assume that its causes are structural forces that transcend our context, such as the transformations of our economies and labour markets, demographic change and the dissatisfaction of the younger population in the face of government policies designed for a reality at odds with the present one.

I will focus on the latter issue. To what extent is there an unmet demand for certain policies among young people? Is their disaffection the result of the failure of the political system, which gives precedence to other demands and neglects theirs? There is reason to think that this is a major concern in Spain and in Southern European countries, where welfare states have a strong “gerontocratic” bias: in relative terms, we have good programmes targeting the elderly (pensions and health), but we are not developing policies with a greater capacity to impact the well-being of young people (minimum income, allowances for families and housing).

To understand the current and future demands of young people, identifying the relative shortcomings of our welfare state in generational terms does not suffice. We must also determine how the economic transformations of our time (globalisation, tertiarisation, digitalisation, etc.) generate new needs and demands in population groups that will spend their entire adult lives dealing with them. There is obviously no clear inventory of policies with which states should respond to this new economy, which is more globalised, more geographically polarised, more volatile, more unpredictable and more knowledge-intensive. But some consensus may be emerging about the direction in which government policies should evolve against this backdrop.

Broadly speaking, we might say that this new economy will be characterised by greater demand for states to transform “consumption” (expenditure aimed at compensating certain individuals who endure eventualities in the labour market) policies to “social investment” policies that facilitate the decent participation of all individuals in production processes. In addition, we will have to redirect government intervention towards market regulation, promoting greater equality, not so much (or not only) through traditional redistribution mechanisms, but also through “pre-distribution” policies that guarantee a more equal primary distribution of income (that is, prior to State intervention through taxes and transfers).

The climate challenge, market integration and the existence of global value chains, processes that cannot be reversed in the medium term, will require more transnational cooperation in regulatory and fiscal terms. And geographically speaking, the concentration of economic activity in the major metropolises – capable of harnessing the complementarities of human capital – gives rise to new inequalities between those who can take advantage of the proximity to these economic hubs and those who cannot; these tensions will call for government intervention, in the form of new housing, mobility and territory policies. In short, it should be expected that young people do not so much demand an increase in the degree of government intervention in its present form but a reorientation of programmes towards new needs, and greater ambition when it comes to regulating capitalism, both locally and globally.

In any event, it must be borne in mind that the consolidation of these new generational conflicts over policies does not imply that there is unanimity among young people in their demands. In fact, the polarisation of income associated with many of the processes mentioned above also causes a political split in these groups, dividing those who benefit from these changes (highly qualified, globally connected workers, who can support strong human capital investments in the physical capital inherited from their parents) and those most exposed to its adverse consequences (job insecurity and instability and difficult access to housing).

Let’s take a look at some statistics. Do young people today have different opinions of the role of the State? Do they demand different policies? To this effect, I shall analyse the last wave of polls conducted by the Spanish National Research Council (CIS) on Public Opinion and Fiscal Policy (CIS 3259). This survey has several strong points: its questionnaire includes a wide range of questions regarding government policies of different types; it presents a reasonably large sample that facilitates analysis by age group; and, finally, it reflects recent findings (the fieldwork dates from 2019).

There is a widespread demand to increase resources, both among the young and older generation, across all policies with the exception of defence. 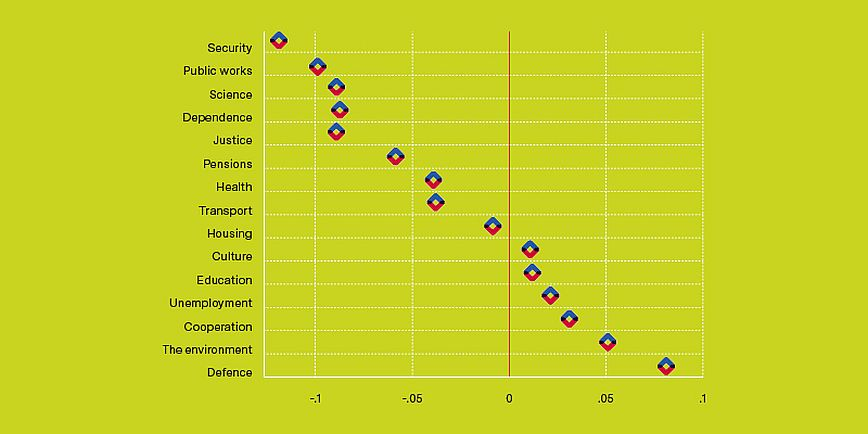 The poll asks the respondent if they believe that too many, the necessary funds or too few resources are devoted to fifteen types of public services. There is a widespread demand to increase resources, both among the young and older generation, across all policies with the exception of defence, which is the only one of the fifteen programmes included in the questionnaire for which there is greater demand to cut back than to increase the resources. But does the magnitude of these preferences vary according to the age of the respondent? Figure 1 shows the difference in support for certain policies by age group. The policies to the right of the red line indicate the policies more supported (or, in the case of defence, less rejected) by young people than by the older generation, and policies to the left are those more preferred by the older generation than by young people. The graph shows that the differences between the young and older generation are not very significant, but the variations can be interpreted to some extent in view of the previous discussion: young people are somewhat less interested in a number of classic protection policies (security, dependence, pensions, etc.) and, on the contrary, they believe it is more necessary to increase the allocations for global challenges (the environment, cooperation, but also defence). The allocation for unemployment is somewhat more popular among young people and it is striking that there is barely a difference in preference when it comes to education or housing policies.

Young people are urging to invest more in unemployment policies and in favor of culture, education, cooperation and the environment. 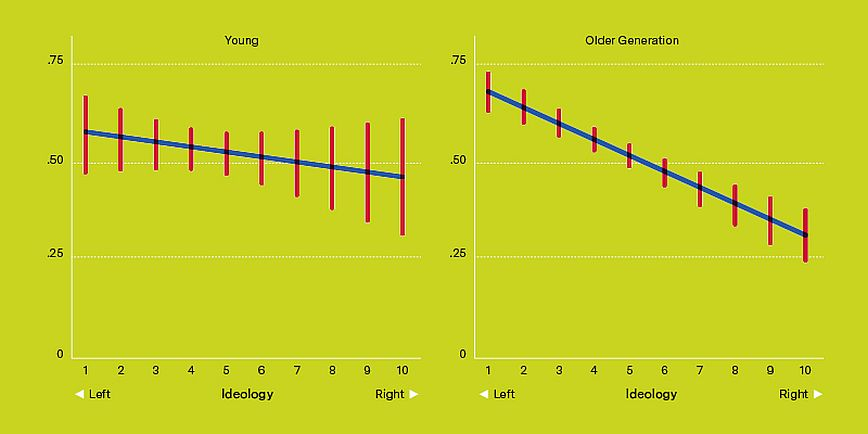 Figure 2. Probability of being in favour of an expansion of the role of the State in the economy, depending on the respondent’s age and ideology.
Note: These estimates are taken from models that also control the effects of gender, the level of education and the subjective social class of the respondent.

And what can we say about the general support for State intervention in the economy? The survey asks the respondent to position themselves on a scale of 0 to 10 in which 0 means that “public services and social benefits should be improved, even if more taxes have to be paid”, and in which 10 indicates that “it is more important to pay less taxes, even if that means reducing public services and social benefits.” There is barely a difference between the average position of young people on this scale (4.05, that is, slightly more in favour of an expansion of services and benefits than of a reduction in taxes) and that of the older generation.

But if we explore the ideological foundations of these preferences, we find that young people are somewhat different from previous generations, as Figure 2 suggests. In this case, I consider the likelihood of being in favour of a bigger welfare state (responding to the previous question with a 4 or less) to depend on the age (under 35 or not) and the ideology of the respondent (measured on the classic scale from left [1] to right [10]) used by the CIS), and deducting the effect of other variables, such as the respondent’s education, social class or gender. Thus, among the older generation, ideology exerts a powerful effect in the expected direction vis-à-vis the preferences concerning the welfare state; that is, people on the left clearly want more services, even if that implies more taxes and those on the right want less taxes, even if that implies less services. In contrast, this does not occur among young people. There are several interpretations of this finding, but one possibility is that, among the younger age groups, the ideological differences between left and right have less to do with the size of the existing welfare state and perhaps more to do with the actual design of this State in the future, according to the previous discussion.

But to shift the terms of the debate on the role of the State in our economies and societies in the direction of the demands of young people, the latter must succeed in changing the political agenda and conversation of our democracies. We mustn’t be pessimistic, but they must overcome two major obstacles: their numerical weakness, for purely demographic reasons, and their political weakness, the result of their lack of coordination compared to previous generations.