The Street of Oblivion, Unnumbered 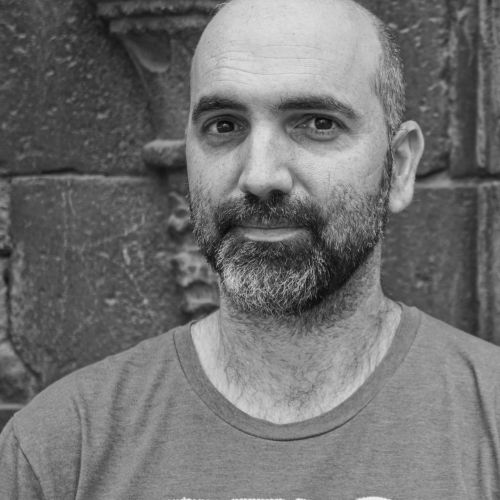 Marc Pastor (Barcelona, 1977) is a writer of genre fiction and works for the forensics unit in the Mossos d’Esquadra’s [police force of Catalonia].

The alley bears no name and no one knows exactly where it is. Some place it in the vicinity of the market square, but Abraham claims it must have been one of the first streets in Sant Andreu del Palomar, or perhaps even before the neighbourhood existed. You’ve never heard of it or mightn’t remember it. It doesn’t even appear on maps. It doesn’t officially exist, nor does the city council have any record of it.

Abraham says that the alley doesn’t appear to be that long or that wide. Nothing would invite you to go down it. And that it doesn’t lead anywhere. It must be a cul de sac, a dead end in every sense of the word. No one seems to be living there either. It’s unclear whether it must be a dark street, sandwiched between two tall buildings, or one where the sun bounces off the rooftops of the surrounding houses to hit the cobblestones on the ground. There are no photographs or video recordings of it.
Three weeks ago, Abraham tracked Eugeni down, the painter who sets up the stall every Saturday in the Plaça del Comerç. He says he has paint that matches it. It’s an alley with whitewashed walls, no more than ten meters long, which ends in a wall with a closed wooden door. We’re better off not knowing what’s behind it. Eugeni assured him that one day he found its frame painted (with his stroke and his signature), but he can’t explain when or where he did it. No one who has seen it can identify its location.
“So it doesn’t exist,” I told Abraham over coffee.
“Not officially. But it’s not just what we remember that exists.”
I hate it when he gets all mysterious.
Abraham told me that there was someone who claimed to have seen it.
“Didn’t you say there were no witnesses?”
“He isn’t exactly a witness.”

“Eighty-three-year-old Bienvenido Carrasco claimed to have killed sixteen people over the course of his lifetime.”

It all started with a call to the police station about a month ago. The director of the shelter on the street Carrer Agustí Milà wanted to talk to someone about an investigation because she was rattled by the confession made by one of her residents. Eighty-three-year-old Bienvenido Carrasco claimed to have killed sixteen people over the course of his lifetime.
An agent from the neighbourhood police station came to see him without much hope of getting anything out of him: Bienvenido’s impaired mental faculties made you think that everything was a delusion. The director understood the police’s preconceptions, and said she wouldn’t have called them if Bienvenido hadn’t been a special patient.
“What’s so special about him?” I asked Abraham.
“That’s exactly what the agent said,” taking a sip of coffee as a dramatic pause. “Do you know what hypermnesia is?”
“No.”
“There are only about sixty cases in the world, and Bienvenido is one of them. Or was, until he started to show signs of dementia.”
“But what is it?” I asked impatiently.
“The ability to remember everything about oneself. Every tiny detail of every day you’ve lived. Some people can even remember back to as early as the first week of life.”
The agent listened to Bienvenido’s confession, which repeated the names and surnames of the sixteen people and how he had killed them in an alley in Sant Andreu. A quick check confirmed that he was making them up, that it was a tall tale. The officer drafted a report when he got to the office and paid no further heed to the matter. Until Abraham read it.
“And I went to talk to Bienvenido.”
Whether because of a foggy mind or remorse after so many years, or for both reasons, Bienvenido didn’t want to die without letting go of the burden of the sixteen lives he had erased.
“Erased?”
“It’s the exact word that he used.”

“From an early age, Bienvenido had felt terrified of that street near his house, which everyone seemed to ignore.”

From an early age, Bienvenido had felt terrified of that street near his house, which everyone seemed to ignore. Every once in a while, someone would go down it by mistake or to take shelter from the cold, and would disappear forever. The day he discovered that the street swallowed up people’s soul and memory, he was playing hide and seek. He saw how Tià stopped in front of it, wrinkled his nose as if it were the first time he had seen it and suddenly rushed down it to hide. Tià never emerged from the alley again. No one missed him, except for Bienvenido. None of his friends asked for him when they were going home. Bienvenido said that Tià had gone down a street to hide and hadn’t come out, but the rest of them laughed.
“What Tià are you talking about? Have you taken to making people up now?”
Bienvenido went to Tià’s parents’ house and they didn’t recognise him.
“We don’t have any children,” they said, surprised that this young boy spoke to them as if he’d known them all his life.
He was the only one who remembered Tià. The street had wiped him off the face of the earth.
“Gosh, what a story, because of the dementia,” I said in disbelief to Abraham.
“But didn’t you like this sort of stuff, Víctor?”
“Yes, sure. Carry on. I want to know how the story about the sixteen murders ends.”
Abraham found Bienvenido propped up in a wheelchair and connected to an oxygen tank. His skin leathery and his white hair combed neatly back, the man looked at him with a hint of surprise.
“I was told you made a confession.” 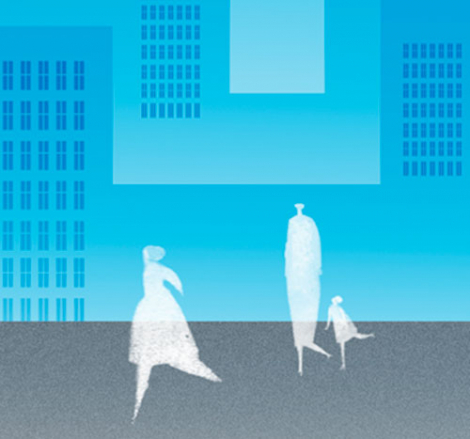 Bienvenido hesitated for a few seconds. Or maybe he didn’t know what that man was doing there. He sought the director’s gaze like a young child sought his mother’s approval before speaking to strangers. The director put a hand on his shoulder and she spoke softly.
“I knew nobody would believe me.”
“The names you gave...”
“They don’t exist. They aren’t anywhere. Only I remember them. And I remember less and less.”
“But they did exist,” Abraham leaned his body forward, ready to listen to him.
Bienvenido was going out with Lluïsa until Narcís turned up. He was a boy from the country with a mischievous smile that didn’t go unnoticed.
“Everyone was after him,” said the old man, “but he had to set his sights on Lluïsa. And she didn’t turn him down. All of a sudden I was left alone and they walked arm in arm in front of my house. How embarrassing. That’s when I thought of Tià. I remembered Tià perfectly, but it turns out I was the only one. Because of that thing in my head, you know? I thought that if I could get Narcís into that alley, Lluïsa would forget about him and get back with me. So on 17 February, which was a Tuesday, I waited for him to pass by in front of me, grabbed him by the arm, and threw him inside.”
“Didn’t he try to get out?”
“He seemed taken aback for a few seconds, but soon calmed down and sat down on the ground. The last time I saw him, he was leaning his back against a wall and was looking at his hands as if it were the first time he ‘d seen them.”
“What happened to his body?”
“I don’t know. I got tired of waiting and went to look for Lluïsa, who was surprised that we hadn’t seen each other in so long. The next time I passed the alley that same afternoon, Narcís was gone.”
“And what happened to the other fifteen?”
“It’s very hard to resist such mighty power.”
Abraham nodded.

“Every time he had a problem, a pending debt, a partner that was hoodwinking him, a supervisor making his life impossible in the workshop, Bienvenido would turn to Carrer de l’Oblit.”

Every time he had a problem, a pending debt, a partner that was hoodwinking him, a supervisor making his life impossible in the workshop, Bienvenido would turn to Carrer de l’Oblit. He convinced himself by saying that it wasn’t a murder. You can’t kill someone who has never been born. There was no pain, no blood and no family to mourn any loss. The only trace they had left in the world was on the memories of a man who was willing to never utter a word about it. Until now.
“Why now?” Abraham asked.
“Their ghosts have been with me for too long.”
I looked at Abraham with a certain condescension.
“I find it hard to believe that a senile old man would give an answer like that.”
“It’s funny that what you don’t believe in the story is this statement made by Bienvenido.”
“You haven’t been able to prove anything.”
“No. It wouldn’t make much sense to either.” Abraham smiled from ear to ear. “Are you thinking of writing about it?”
“I’m missing an ending, to round it off.”
“I can tell you I showed him the painting.”
“And did he recognise it?”
He shook his head.
“He says he’d remember.”

Marc Pastor (Barcelona, 1977) is a writer of genre fiction and works for the forensics unit in the Mossos d’Esquadra’s [police force of Catalonia].