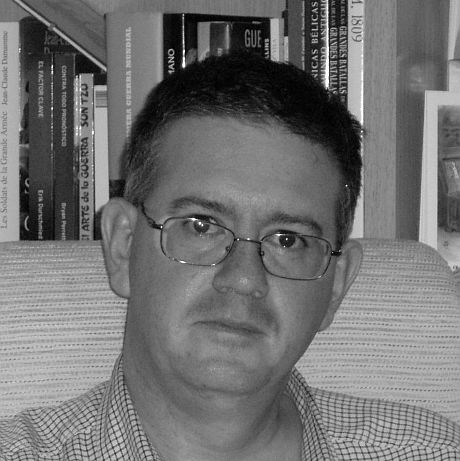 Ildefons Cerdà wrote that the city’s sewers are like the arterial system of some mysterious creature of colossal size. The sentence sums up perfectly the picture that usually comes to mind when we imagine the sewer system: on one hand, the mythical image of Jean Valjean making his way through the Paris sewers, the Phantom of the Opera heading off in the darkness towards his underground island, or the chase beneath Vienna in the film The Third Man; on the other, a pragmatic, hygienist vision in which we imagine the world beneath the surface as a tidy hydraulic mechanism the size of a city and lacking any kind of incentive for adventure. As usually happens, the reality lies halfway between these two extreme visions.

A descent into the sewers starts with a few unexpected and surprising auditory and olfactory sensations. The sound, for a start, changes so radically that it’s unsettling: the galleries are built of concrete sections that isolate them from the exterior; this means that as we go down a manhole, as soon as our ears are below street level, the noise of the traffic is cut off completely and it’s as though we were isolated in a world populated with the sound of running water and the vibration of the underground trains going by a few streets away. Next it’s the smell that surprises us, an acid, mineral smell, like an old water tank, not necessarily unpleasant and not at all what we might have imagined.

Under the Eixample, which is where I was able to visit, there are the same streets as on the surface, though much narrower. They have a central channel, of course, and raised walkways on one or both sides, and they are fed by small sewer laterals, the pipes carrying the effluent from the buildings, and the much larger side tunnels leading to the storm drains in the gutters and wide enough for someone to get through for cleaning. At the corners, by the way, are the names of the streets in black lettering on white tiles. 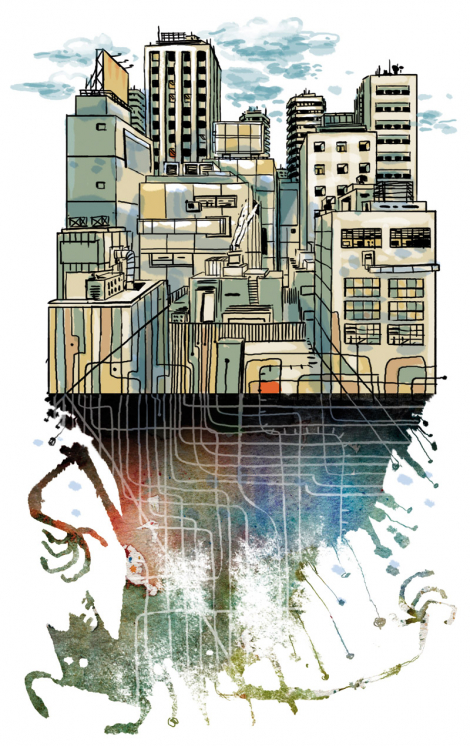 The life of the streets and that of the houses above is reflected beneath the surface. If a washing-machine in someone’s flat starts rinsing the clothes, that section of drain fills with soapy water. It’s best not to go down first thing in the morning, as local residents are getting up and showering and the water level can rise steeply in a few minutes. Speaking of water levels, most of the residents of the Eixample have no idea that Avinguda Diagonal is a raging river that channels the water from the streams on Collserola and reaches its peak volume at the crossroads with Passeig de Sant Joan, under the monument to Verdaguer, where part of the flow is diverted towards retention tanks that allow water to be used for watering. At the bottom of the pit this water falls into, a dangerous spot that’s difficult to get to, maintenance workers one day found some perplexing graffiti, as perplexing as the bicycle they found on another occasion parked on one of the walkways under another neighbourhood street.

Neither do the residents suspect that the sewers flow in staggered waterfalls when they reach Carrer d’Aragó, as they have to get under the railway line there, a remnant of the old railway cutting. There the noise of the falling water mixes with that of the river under Avinguda Diagonal, to which from time to time is added the din of the trains that go by a few metres away.

What’s more, the sewer system reminds the city of its lost geography. The network must of necessity follow the river basins of the plain, so that the layout beneath the surface retains the memory of the seven hills the city is built on and which today, lost under streets and buildings, perhaps only the folklorists remember: Mount Tàber, Mount Carmel and Creueta del Coll, and the hills of La Rovira, El Putxet, Monterols and La Peira.