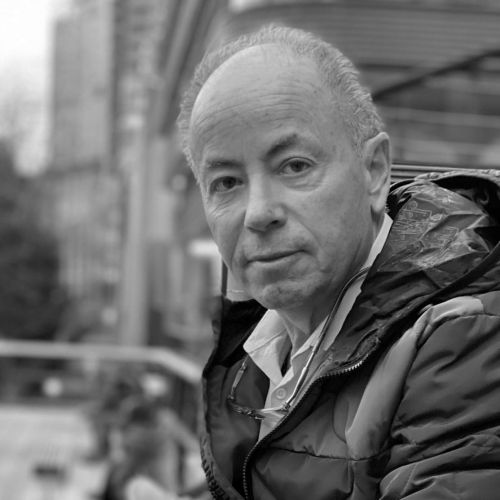 Professor of Physical Geography at the University of Barcelona and academic at the Reial Acadèmia de Ciències i Arts de Barcelona [Barcelona Royal Academy of Sciences and the Arts].

One of the indicators of climate change is the rise in temperature, which increases the risk of mortality in the elderly or those suffering from chronic diseases. Heat waves will be one of the major climate risks facing Barcelona in the coming decades, coupled with heat islands and torrid nights.

The more than 7,800 million human beings – which by the middle of this century will reach almost 10,000 million – and the prevailing capitalist socioeconomic system already constitute the sixth component of the climate system, traditionally made up of the atmosphere, hydrosphere, lithosphere, biosphere and cryosphere. This is because, for the past four decades or so, we have already left a global footprint on the other components of the natural system. The first manifestation of this footprint is global warming, the most visible expression of climate change.

Global warming is unequivocal in view of an enormous set of data and observations of different kinds, be they conventional data from meteorological observatories, those sent to us by artificial satellites, those corresponding to ocean variables or natural indicators, which progressively paint a picture of a warmer planet. It does not take a genius to assume that we humans are the culprits behind global warming, due to the massive consumption of resources and the huge amount of waste we produce on a daily basis.

Just under a year ago, in August 2021, the findings of the first working group of the IPCC (Intergovernmental Panel on Climate Change)’s Sixth Assessment Report came to light, based on an analysis of the series of climate data and related information, and climate projections. The IPCC’s Sixth Assessment Report provides an update on the present and future behaviour of the planet’s climate, at global and regional levels. This report notes that the current surface air temperature is 1.1°C above the pre-industrial mean temperature. It does not seem like a significant rise when people are used to a much greater variation in temperature in a single day. Nevertheless, the value is significant and implies huge heat storage in the natural system. The primary cause of global warming is greenhouse gas emissions, the result of the mass consumption of fossil fuels and widespread changes in land use, including agriculture.

When we zoom in on the Mediterranean basin, to which Barcelona belongs as a prominent city, the rise in temperatures is already close to 1.5°C. And if we analyse the best temperature series for the municipality of Barcelona, those measured by the Fabra Observatory, belonging to the Reial Acadèmia de Ciències i Arts de Barcelona, near the top of Tibidabo, with data since 1914, the increase is estimated to be 2°C, which is a considerable value.[1] Explicit proof of the heating up of the entire Barcelona municipality lies in the comparison with the mean annual temperature recorded on the Barcelona plain roughly half a century ago by the Fabra Observatory. That 2°C increase bears the mark of global warming, plus the temperature surplus of the Mediterranean basin and an additional increase stemming from the growth of Barcelona and its metropolitan area.

At the foot of the Fabra Observatory are a city of just over 1.6 million inhabitants and a metropolitan area with over 3 million residents. It is a known fact that urban areas emit heat, as if it were metabolic heat, to make the comparison with warm-blooded animals. A huge amount of energy arrives in cities (electricity, natural gas, petrol, etc.), necessary for our uses, such as lighting, transport, heating and cooling, and other domestic uses. But heat is given off in those processes.

Furthermore, the materials used in building construction and in covering streets and pavements have a high specific heat, storing heat during the day that they give off at night. The morphology of streets and buildings, like canyons, also traps the sun’s rays and reduces the heat radiated to the sky at night. Similarly, impermeable surfaces that dominate and the efficiency of drainage systems, with the extensive sewage network, prevent rainwater or irrigation water from soaking into the soil, so that later, through evaporation, these surfaces lose latent heat and the air in contact with them. All this gives rise to the heat island phenomenon, which is manifested by relatively high night-time temperatures in city centres in contrast with the surrounding rural or more natural environment.

In the case of Barcelona, studies carried out since the 1980s have shown high heat island intensity, up to about 7-8oC, between Plaça Universitat or the intersection between Gran Via and Passeig de Gràcia, and kilometre 18 of the Castelldefels motorway or Barcelona-El Prat Josep Tarradellas airport. Obviously, heating needs in winter are clearly lower in the heart of Barcelona than in peripheral neighbourhoods.

The summer of 2020 recorded about twenty torrid nights with a temperature of 25oC or higher in the centre of Barcelona.

The heat island was deemed to be an anecdotal phenomenon in the 1980s, and, in any case, a positive one, due to the aforementioned energy savings. However, today it contributes to the excess heat suffered by Barcelona’s residents in summer, especially those who live in the city centre, such as the Raval and the lower Eixample neighbourhoods. What’s more, the heat island has become a new climate risk in the context of global warming. The fact is that on summer nights the Barcelona heat island gives rise to very high minimum temperatures, which clearly prevent nightly rest. The Barcelona-Raval automatic weather station [2], run by the Servei Meteorològic de Catalunya [Meteorological Service of Catalonia], located on Montalegre street, has an average of 90 tropical nights a year, that is, nights in which the minimum temperature is 20oC or higher.

In recent years, the number of nights with a minimum temperature of 25oC or higher has begun to increase, for which we proposed the name torrid nights. The summer of 2020 recorded about twenty torrid nights in the centre of Barcelona. Some measurements inside homes in west-facing rooms on upper floors, which are heated by the sun during the long summer evenings, have given values of over 30oC and 32oC at midnight. Resting and falling asleep in these conditions is impossible, especially if the coast’s high humidity is taken into account.

Researchers from the Barcelona Institute for Global Health estimate that the rise in mortality in Catalonia during heat waves exceeds 20%.

The elderly or those with chronic or pre-existing illnesses are found to suffer greatly under these environmental conditions, which increases their morbidity – hospital admissions – and mortality during heat waves. Researchers from the Barcelona Institute for Global Health  (ISGlobal) estimate that the rise in mortality in Catalonia during heat waves exceeds 20%. Many of the deaths are due to the worsening of diseases of various types (cardiovascular, kidney, respiratory, etc.) suffered by some older people. The situation is particularly serious if their household is in a situation of energy poverty, in other words, they do not have an air conditioning unit or, even if they do, they cannot use it because it would bump up their electricity bill enormously.

In fact, climate projections point to heat waves as one of the major meteorological risks facing Barcelona in the coming decades, coupled with heat islands and torrid nights. The planning, selection and fitting out of cooling shelters for the peak hours of the day is not a redundant measure. We must be prepared for the very hot summers lying ahead.

We must advocate, from public institutions and from our neighbourhoods, for the protection of our elderly, vulnerable to excess heat and the new climate risk posed by urban heat islands, alerting them to the occurrence of torrid nights, fitting their apartments with the appropriate thermal insulation, providing them with the necessary financial aid to meet their energy consumption bills and, at all times, with social and health support to ensure their safety and guarantee medical care and quality of life. It is another adaptation measure, in this case an ethical and unavoidable one, to minimise the risks of climate change.

[1] See the evolution of Barcelona’s annual mean temperature in the figures collected by the Fabra Observatory: http://www.fabra.cat/meteo/dades/dades.html

Professor of Physical Geography at the University of Barcelona and academic at the Reial Acadèmia de Ciències i Arts de Barcelona [Barcelona Royal Academy of Sciences and the Arts].