Urban planning and the future of Barcelona 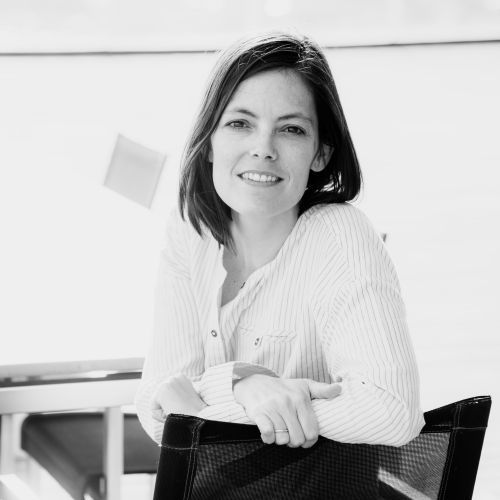 Maria Sisternas holds a Degree in Architecture from the Barcelona School of Architecture and an MSc in City Design and Social Sciences from the London School of Economics and Political Science.

In times of pandemic, you miss going for strolls, and the book Barcelona sense GPS [Barcelona without GPS], by Maria Rubert de Ventós, is a perfect antidote to get lost in the city. It differs from the texts of a few years back in that we have now learned that Barcelona is not just the city of architects. Here we have a book to get involved in the futures of the city, in an informed manner.

We miss going for strolls in this year of lockdown, remote work, restricted visits and weekends confined at home. That’s why Barcelona sense GPS, by Maria Rubert de Ventós, published by Icaria and Barcelona City Council, is the perfect book to escape or get lost in the city’s nooks and crannies. Especially because it is a pre-pandemic book, published in January 2021, but written before the restrictions disrupted everything. The purpose of the book is to improve the city’s output, “in a similar fashion to how sports doctors do it”, a goal it achieves because, through a systematic index, each chapter provides an interesting and unknown fact about Barcelona.

The purpose of the book is to improve the city’s output, something which it achieves because each chapter provides an interesting and unknown fact about Barcelona.

Urban planners are not the ones behind cranes or permits. As a science halfway between technical professions (mathematical and statistical parameters must be mastered) and the humanities (we make cities to improve collective life in all its complexity), urban planning is executed through the intersection of knowledge. And this is exactly what this book is about: remembering, pooling ideas, sorting them, writing them down and daring to make suggestions. Nothing specific and everything in general; suggestions by area, free of political apriorisms and with a desire to raise the standard of debate about the city.

Walks around the city are a gratifying literary genre. From the mythical Barcelona pam a pam [Barcelona Hand in Hand] by Alexandre Cirici, extended by Itziar González, to Barcelona 1929-1979. Guia d’arquitectura moderna [Barcelona 1929-1979. Guide to Modern Architecture], by Patricia de Muga and Laura García Hintze, and Òscar Dalmau’s Barcelona retro [Retro Barcelona] in between... Books about Barcelona that are in every house, and not just in architects’ homes. Books that are listed (accompanying the “what to visit”) and that are delightfully deliberate (“what if we dared...?”), so that everyone can pick and choose what they wish.

Why does Carrer Pere IV have centuries-old banana trees like those on the old roads of the Empordà, which reach Orfes, Corçà and Figueres? Why do urban planners use the resource of party walls when they do not trust the architect who will come after them? Why don’t we recover 50 × 50 patios as planted gardens? What if we used heritage buildings for the purpose for which they were designed? What if we made flats again in La Pedrera and practised healthcare in the Hospital de Sant Pau? How many small Catalan villages fit within a block in the Eixample neighbourhood? These are big questions that should be on the agenda in committees and plenary meetings, rather than the usual squabbling and bureaucratic sordidness.

There are questions that also challenge many other professions. Because the difference between this book and the texts of a few years back is that we have now learned that Barcelona is not just the city of architects. So I take note of issues such as the planting of 500,000 more trees on the city streets or sandless beaches, to find out what environmentalists would think of the potential impact of these systemic works. Or the urgency of recovering the Monumental bullring, “which calls for the involvement of the people of Barcelona and a programme”. I would add that it will also require the perspective of the current owner (or anyone responsible for it in the future), with the requirements to execute viable cultural programmes there, which is a whole other matter.

Maria Rubert de Ventós, who has been a professor of urban planning at the Polytechnic University of Catalonia for many years, succinctly addresses some of the issues she has researched, such as the underground, stations and connections, which is still a very stagnant debate. And, like many city planners, she reviews the 22@ doctrine, which openly sought to replace industry with offices, in light of today’s outcome. She also broaches the construction fever, which filled the city landscape with cranes between 2002 and 2008. At that time I was studying at the ETSAB and no one questioned urban planning figures nor the economic mortgage model that supported it. The reality of a rampant social crisis made us unlearn many of the watchwords that were then taught in universities. The profession has transformed, like the city, and books like this one show that everything must be challenged, especially what is done now, so that the effects of current initiatives become palpable in twenty years’ time. Barcelona sense GPS is a good book to get involved in the futures of the city, in an informed manner.

Maria Sisternas holds a Degree in Architecture from the Barcelona School of Architecture and an MSc in City Design and Social Sciences from the London School of Economics and Political Science.