When origin identifies you 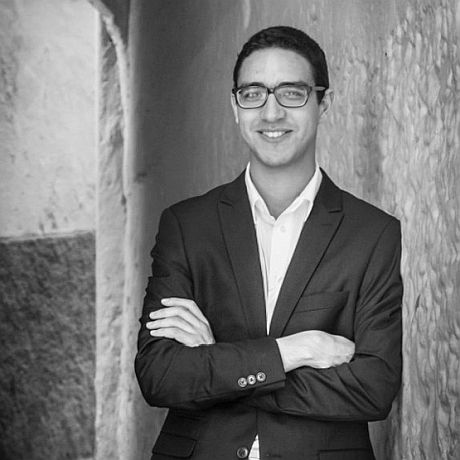 President of the association Xarxa de Convivència [‘Living Together’ Network] and the Azahara association for development cooperation.

Place of birth and social origin are the two variables that most determine the opportunities for young people in Catalonia. Today, Catalan society is a multicultural community with many different identities. Being young, of foreign origin and with a poor level of education poses a higher risk of poverty. Our challenge is to build an inclusive society that instils a sense of belonging and roots in newly-arrived young people.

Attention has been drawn many times to the debate on integrating and hosting newcomers, in a context of diversity, on the media agenda. It is a topic that usually goes unnoticed, which is reduced to anecdotal significance, when it runs much deeper than that and many factors are at play.

Last June, the European Institute of the Mediterranean (IEMed) organised an interesting debate in Barcelona entitled Polítiques públiques i desigualtat entre joves [Public Policies and Inequality among Young People], at which the following question was posed: “Do they help public policies to alleviate inequalities among young people owing to their place of birth and social origin?”. A much-needed reflection that brought together dozens of people from different fields, from the world of social activism as well as from public bodies, bringing all the information and concerns to the table regarding the integration of young people of diverse origins in a context of blatant inequalities. The debate was no coincidence, nor was the choice of topic, but it revealed scientific data and evidence published in the latest Enquesta a la joventut de Catalunya 2017[1] [2017 Youth Survey of Catalonia]. The latter is an in-depth and overall review of the situation of Catalan youth aged 15 to 34 based on a series of indicators on most life-related areas that concern young people. An enlightening work that draws quite alarming conclusions about the need for new policies, but especially urgent measures to alleviate the damaged social ladder, which has come to a standstill due to the serious economic crisis in which we are still embroiled.

Its conclusions come as no surprise if we are aware of the social reality faced by our neighbourhoods, but it still arouses outrage and concern in equal parts: being young, of foreign origin and with a poor level of education poses a higher risk of poverty. According to the same study, starting inequalities continue to bear enormous influence. Place of birth and social origin are the two variables that most determine the opportunities for young people in Catalonia today. However, on the whole, young women still endure a series of disadvantages and still experience situations marked by inequality compared to young men, as demonstrated by the chapter devoted to gender in this publication.

Origin is a determining factor, and this is objective and undeniable. We are faced with a major challenge as a society and we have to go one step further, especially to overcome endemic and deep-seated debates, and bring the discourses up to date. It seems that the data and the conclusions drawn therefrom do not at all match the expected actions or response. Not only do we need to review concepts but also reporting. Essentially because the reality has changed and we cannot continue to execute public policies and take civil society action in the same way as we did 40 years ago, when the phenomenon of immigration was very recent. If we conduct an exercise for the future and stop for a second to imagine the world in which a boy or girl born today in any of the hospitals in Barcelona, specifically, or Catalonia, in general, shall live by the time they are 18 years old, we will certainly envision a context full of technical changes, but possibly with the same social challenges. This is a shocking scenario to contemplate and calls on us to generate spaces for reflection and dialogue to tackle it with pragmatism, which is now non-existent.

Everything is gaining momentum and it seems that, in order to protect many acquired rights, sometimes we have to give up others. The more immersed we are in this liquid and dystopian society, which the philosopher Zygmunt Bauman spoke of, the more we gravitate towards a conservative vision that wishes to bury any small attempt at effecting a daily revolution.

It would be wrong to keep mixing hosting strategies with approaches to foster integration and the inclusion of those who were the children of immigrants years back.

Many years have passed since those first migrations, and the landscape is really different now. Although migratory phenomena such as the refugee crisis or migrant adolescents alone, without any supervision, demand decent reception mechanisms, the diversity of Catalan society has evolved very rapidly and it would be wrong to keep mixing hosting strategies with approaches to foster integration and the inclusion of those who were the children of immigrants years back. Migratory processes are different in every case.

In a context of major social polarisation, transformation and digital revolution, understanding our environment and especially the world to come is increasingly complex, not only among young people of diverse origin but also for young people across the board. Without going any further, in my particular case I have always experienced this process very intensely. Living and growing up in a context of on-going contrasts makes you constantly rethink your idiosyncrasy and the dialogue you establish with your world. I have grown up with a different name, Mohamed, born and educated in the culture of Morocco and, at the same time, with a Catalan cultural influence from the age of three. I think, I speak and I feel in Catalan and in Arabic, all at once. Of Muslim religion. I have my own values and way of understanding things. As Ortega y Gasset said: “I am me and my circumstances”.

There are elements of socialisation that enormously influence our growth and life plan. In recent years much has been said about identity or, rather, about multiple identities. That is, the possibility of each person to freely decide who he or she is and who they want to be, without dictates. Generating climates and mechanisms that facilitate the construction of these solid identities is the overarching goal, which is closely linked to the urgent need to create inclusive societies that foster a sense of belonging and roots. In this regard, we find very valuable works and reflections, such as the contribution to the debate about identities by the French-Lebanese Amin Maalouf with In the Name of Identity. Published in the 1990s, this book became popular in Europe thanks to its reflections on a topic that has often been taboo, and is once again a priority: there are no multicultural societies without different identities. The difference is the one that generates human wealth. It is when we are able to value the life path of each individual, their convictions, values, sensibilities, etc., and between all of them we seek consensus and points in common, that change and veritable integration begin. It is not about conveying identities, but about building them.

In recent years, due to the serious economic downturn, the social ladder has come to a standstill.

All these elements can be determining factors in the inclusion process and especially among young people. The constant need to find their place in the world can even end up being stressful and exacerbating their vulnerability.

In recent years, due to the serious economic downturn, the social ladder has come to a standstill. One in every ten children in Spain lives in a situation of chronic poverty and will grow up in this situation due to the chronification of family poverty, according to numerous studies.

In order to deal with the vulnerability of young children of immigrants, who live in a context of diversity, we must be self-critical and re-develop our models, not just those related to integration. Although we are a diverse society, it seems that not everyone is aware of this fact. The other is still regarded with distrust and, beyond living alongside one another, we tend to simply co-exist and lack interaction. Educational centres must be given more resources, which are the most important areas of growth and socialisation after family units. Schools can fight stigmatisation, inequalities and promote rootedness, with social and economic policies (scholarships and family grants) that prevent isolation. The figures must be turned around and more and more young people must be given access to higher or university studies, regardless of their social origin, access to employment and decent housing must be facilitated, beyond prejudice and racist behaviour, and new forms of leadership that inspire must be promoted.

President of the association Xarxa de Convivència [‘Living Together’ Network] and the Azahara association for development cooperation.