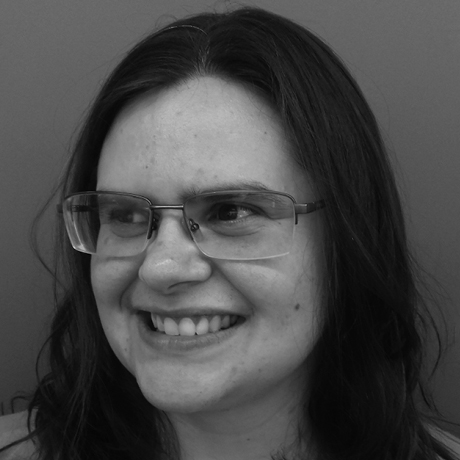 Amalia Gómez holds a PhD in Demography, a degree in Anthropology and a Master’s in Globalisation, Development and Cooperation. 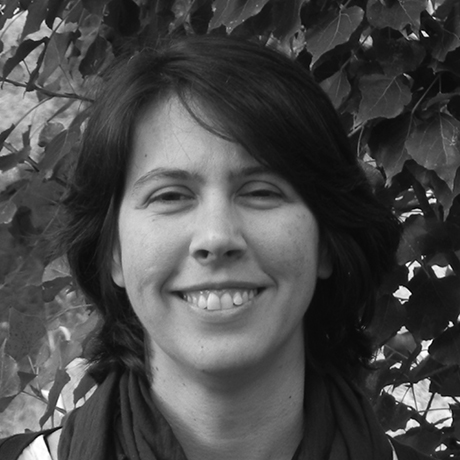 Elisenda Rentería holds a PhD in Demography and is a Ramón y Cajal researcher at the Centre for Demographic Studies. 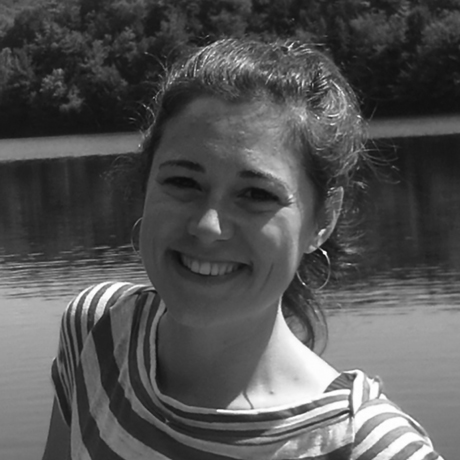 Mariona Lozano is a sociologist, with post-doctoral training in Social Demography.

In recent decades, job insecurity has taken root in society and affects younger generations in particular. The delay in gaining access to decent employment postpones all the rites of passage to adulthood: emancipation through access to housing, the beginning of cohabitation and the formation of a family.

The economic crisis of 2008 saw record unemployment rates in Spain. The industry and construction sectors bore the brunt of the recession, which resulted in historic levels of unemployment that mainly affected the male population. According to data from the Active Population Survey, during the first quarter of 2013, the unemployment rate in Spain reached unprecedented heights: 26.7 % among men and 27.3 % among women. In the case of men, the unemployment rate had tripled since 2008, whereas for women it had doubled. Employment rates subsequently bounced back, but the quality of many of the new jobs has not improved. Thus, the crisis had a catapult effect from a process of growing job insecurity that had begun much earlier, with the labour reform of 1984, which placed Spain first in the ranking in terms of the share of temporary work within Europe (Lozano and Rentería, 2018).

Job insecurity, as it is defined today, has its origin in the 70s, characterised by the oil crisis and the consequent shift in the global energy and economic matrix (Kallberg, 2009). The chameleonic system that had been fuelled by the irregular and informal work of the periphery economies, is launching a new mechanism in the core economies in this decade, characterised by its break with the Fordist and Keynesian heritage of stable employment. Under the pleasant title of “flexibility”, precariousness is born, which can take many forms: uncertainty as regards the continuity of employment, lack of control over working hours and conditions, insufficient social protection and economic vulnerability.

Although growing instability is a phenomenon in post-industrial societies, it has risen more significantly in Spain than in countries in its region. Currently, unstable labour supply in Spain stands at 34 %, while it is only 19 % in the European Union (Lozano and Rentería, 2018).

The impact of job insecurity among young people

Although job insecurity is a problem that is observed at all ages, when it takes root among younger generations, it triggers a chain of delays that causes ripples on the social front. Previous studies (Lozano and Rentería, 2018) show that men who are now 40 years old (born in 1978) have worked, on average, for 2.1 years in precarious conditions, while their counterparts of the generation born in 1957 only worked for 0.8 years in this situation. In the case of women, precarious work amounted to 1.4 years for the 1957 generation, while these figures rise to 3.5 years for the 1978 generation. This gender inequality in working conditions is particularly manifest among women with more educational qualifications. If, in the case of men, having more educational qualifications is a means to protect them against the inclemencies of the labour market, for women it is no guarantee of more safeguarded employment.

The most direct and tangible effect of job insecurity is the perception of lower income. According to a study undertaken by the Bank of Spain, the crisis has shortened a process of generational rise in income. The findings of this study reveal that those born in 1987 with low levels of education, at the age of 30, earn 20 % less than the 1977 generation at that age (Bank of Spain, 2019). Besides wages, the search for permanent work is another face of precariousness. One in four people looking for work is employed, according to data from the Active Population Survey (INE, the Spanish National Statistics Institute). Among those who are employed, the search for jobs is higher among those who have unwanted part-time work and temporary workers.

Moreover, aside from a reduction in income, or as a result thereof, access to decent employment becomes a key stepping stone in the transition to adult life and a catalyst for rites of passage in industrial societies. Therefore, a protracted amount of time in precarious employment triggers a chain of delays. Everything that used to happen at the age of 20 now tends to be postponed to the age of 30: emancipation through access to housing, the beginning of cohabitation and the formation of a new family. 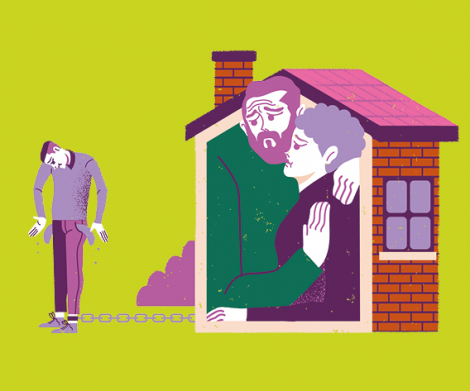 The effect on housing instability

Access to decent employment is a key aspect that determines emancipation from the family home. Difficulties in gaining access to housing and the fear of losing it deter many from leaving the family home or make them decide to achieve their emancipation by sharing an apartment. According to 2017 data, in Spain, 61.2 % of young people aged 18 to 34 lived with their parents (Esteve and Treviño, 2019). Once young people make the decision to leave home, two processes make them doubly limited when it comes to housing access. On the one hand, they run into the vestiges of a property market marred by bank speculation, which has been especially fierce in the Spanish market. As a result of the 2008 crisis, vulture funds seized much of the housing market. For example, SOCIMI, Listed Real Estate Investment Companies, which constitute a regulatory framework that benefits the activity of vulture funds, control 50 % of residential market transactions (Janoschka, 2018). This phenomenon, coupled with the constant rise in tourism in Spain, which bore an impact on access to housing, makes for a complicated scenario. On the other hand, the conditions established by the residential market for housing access are discriminatory. Partly because stable work is one of the requirements stipulated by real estate agents to access housing, and the inevitable consequence has been the fall in access to home ownership. The end of the twentieth century saw the population between 16 and 29 years old with access to home ownership at levels close to 70 %, compared to poor access to rental housing, at 20 %. However, as of 2012, this trend was reversed and access to housing at these ages began to be gained mainly through renting (Módenes, 2019).

According to data from 2016, more than half of the head of households under 45 in Spain are afraid of losing their homes in the short term.

Once the obstacles to housing access have been overcome, the challenge is to sustain residential emancipation. In this regard, the data point to the fragility this process involves. According to data from 2016, more than half of the head of households under 45 in Spain are afraid of losing their homes in the short term. If we look at the case of young people who are renting, it is very likely that more than 80 % will lose their home in the next six months. These results place young Spaniards well above the European average, who stand just below 50 % (Módenes, 2019).

The effect on unsuccessful fertility

The search for decent employment is a core reason to postpone the formation of a family. According to data from the Spanish National Statistics Institute, the average age of first-time mothers in 2018 was 31 years, while in 1978 it was 25 years old. The recent Fertility Survey conducted in 2018 reveals that 52 % of women between 30 and 34 do not have children, while this percentage was only 26 % in 1999, according to the Fertility Survey that year (INE).

Delayed parenthood, which over time can turn into renunciation, means Spain has a low birth rate today, with 1.3 children per woman in 2017 (Esteve and Treviño, 2019). Although a consensus has not been reached in the demographic debate on the benefit or harm of low birth rates, it is indeed a problem for those experiencing unsuccessful fertility, in other words, when they do not have the children they would like to have. According to data from the recent Fertility Survey, 82 % of women of this generation claim they want to be a mother, but their desire is curtailed by some limitation. Almost half of them declare that the obstacle lies in economic difficulties or balancing work and family life (Esteve and Treviño, 2019). Regarding those who do have children, real fertility is much lower than the desired one: the number of children depends on their living conditions and not on the number they aspired to have.

The ripple effect of job insecurity

The cost of population aging is added to the domino effect of the high tangible social costs of job insecurity, where the impact borne by precarious employment on income and State revenue determines the lean welfare system, already scourged by the crisis. All these aspects bear an impact on the sustainability of the welfare and pension system. The fall in the number of workers caused by a drop in fertility adds to the decrease in State income as a result of precarious work, undermining the stability of the welfare and pension system for older generations. If we consider that the alternative young people have to get around this situation, which is especially pressing in Spain, is international migration, we have even less encouraging news in the short, medium and long term. Brain drain comes at a high price.

Uncertainty in the labour market triggers a domino effect on other spheres of life, from emancipation from the family home to the formation of a family of one’s own.

This era has been described by Zygmunt Bauman as “liquid modernity”, referring to everything that was once solid has become liquid today (Bauman, 2006). Uncertainty in the labour market triggers a domino effect on other spheres of life, from emancipation from the family home to the formation of a family of one’s own. Younger generations will live longer and will undoubtedly enjoy more freedom than their parents had, but they will live in uncertainty for much longer than their predecessors experienced. This will be a renting rather than an owning generation, a generation of plaster rather than brick walls, of cats and dogs rather than children, of increasingly longer runs on the wheel of misfortune of job insecurity.

Amalia Gómez holds a PhD in Demography, a degree in Anthropology and a Master’s in Globalisation, Development and Cooperation.

Elisenda Rentería holds a PhD in Demography and is a Ramón y Cajal researcher at the Centre for Demographic Studies.

Mariona Lozano is a sociologist, with post-doctoral training in Social Demography.