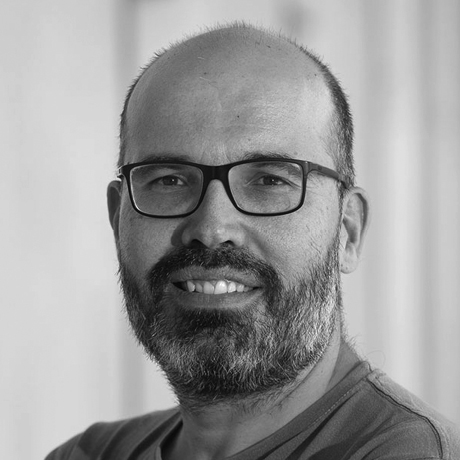 He lectures in the Humanities Department at Pompeu Fabra University and the Faculty of Political Science and Sociology at the Universitat Autònoma de Barcelona.

It has often been said that young people are not interested in politics. There is evidence that points to the contrary and that shows that interest in politics is not a matter of age. Social mobilisations such as the 15-M or the feminist movements demonstrate that many young people are politically engaged. The difference lies in the type of politics they are interested in.

Mothers who have gone from being against any kind of violence to justifying their children’s scuffles with the police. Mothers who know what ACAB (All Cops Are Bastards) graffitied on walls means. A disqualification that they consider appropriate when the police do not act the way they should. Recently, while helping a journalist find mothers of young people taking part in the protests following the announcement of the verdict in the trial of Catalonia independence leaders, not one could be found who did not share the belief in what their children were doing. In fact, what they said was how they had changed; they were not advocating clashes with the police, but now they understood what was going on. They did not accept police brutality and argued that violence against objects could be accepted in a mobilisation, although they would never have justified it before. This experience reveals a reality in which we have found ourselves for some time and that can already be demonstrated with data. What follows are the findings of the Participation and Policy Survey conducted by the Government of Catalonia in 2011 and 2017.

As far as political matters are concerned, young people and adults do not behave in the same manner. While it does not make much sense to make a full-scale comparison to conclude that young people do one thing and adults do another, certain behaviours and ways of acting and thinking that are quite different among certain sectors of the young population and the adult population are prevalent.

Young people are more interested in non-institutionalised politics, which is more attuned to social conflicts and the realities of their day-to-day lives.

Adults are more interested in institutional politics, elections, political parties, political debate centred on parliamentary dynamics and issues that monopolise the political and media agenda. Young people are more interested in non-institutionalised politics, which is more attuned to social conflicts and the realities of their day-to-day lives that they consider a priority. There is no difference in the interest in politics: the difference lies in the type of politics they are interested in. For instance, there are movements in which the presence of young people is much more tangible. This has been evident recently in the environmental movement through groups like Fridays for Future. It was seen a few years ago in the 15M and PAH [Platform for People Affected by Mortgages] movements and the right to housing movement. It was also noted in the feminist movement, which has witnessed the huge involvement of young people in different arenas of participation.

Among young people we find more receptive and tolerant stances as regards the rights of minorities, migrants, the LGBTI community, etc. They are also more in favour of gender equality, and deem it more positive than other age groups that women pursue their careers from a position of equality with respect to men. Young people show that they are better at transcending traditional gender roles, and reveal a greater willingness to build democracy based on participation. There is a clearer and more everyday approach to disobedience and its practice among young people.

It is not new for this sector of the population to have more advocates of equal opportunities, equal rights, strengthened democracy and the critique of the prevailing traditional ideologies. It has happened at other times in history. Young people often develop ideas that are growing and that challenge the established order. This does not mean that it only occurs in this sector, but that the young population is the most receptive: they socialise ideas that are often on the margins and bring them to the centre of the political debate.

How is politics done?

Adults often see politics as a practice that is developed in governments, parliaments, political parties, the media... Young people engage in politics in many other places. Politics has to do with issues, but also with ways of doing things. And their ways of doing things do not necessarily go through governments, parliaments or the media. When we mentioned current policy issues that interested young people, we referred to issues that were addressed more by social movements than by political parties. How it affects what, and what how.

The connection between life and politics is much bigger among young people than among adults.

The adult population’s concern is more concentrated in the electoral, partisan and parliamentary spheres. However, among the young population, concern is more centred in the non-electoral, non-partisan and extra-parliamentary domains. This does not mean that they do not worry; it just means that more people in the young population experience politics this way. Voting is the most widespread form of political participation across all ages, but this right has a clear generational gap. The maxim “The older we get, the more we vote” is unacceptable here, as it can lead to election campaigns that speak little about young people’s situation. And this obviously triggers a fall in interest. For these young people, the connection between life and politics is much bigger than among adults. Environmentalism is no longer a matter on the political agenda, nor is feminism, lack of freedom or the call for democracy. All of these political concerns correspond to their own lives and, as a result, not only do they care about politics or doing politics, they experience it directly.

Young people are more mobilised and less involved in traditional political parties. Its spaces for political participation have other characteristics. In the 2017 Participation and Policy Survey, only 1.9 % of young people participated in political parties, while 2.5 % took part in an alternative, alter-globalisation, anti-capitalist or squatter movement group or platform. The data for 2011 corresponded to 3.6 % and 4.6 %, respectively. In any case, in Catalonia there are more young people participating in a key assembly space for society than in the youth wings of political parties. They experience and do politics on social media. They do not want to obey slogans, vertical spaces... They work more on the basis of horizontality, assemblarism and the everyday construction of politics. Perhaps that is why some political parties endeavour to move towards these spaces, even if only formally. And perhaps some of these spaces, in times of crisis and mobilisation, have somewhat ended up drawing closer to political parties.

There are more young people participating in a key assembly space for society than in the youth wings of political parties.

Points of agreement between young and adult politics?

“I don't care what La Vanguardia says, I have Twitter!”. These are the words of a young local activist, soon-be Member of the Parliament of Catalonia, in a research study we conducted in 2011. Today she is pursuing her career in institutional politics. Was she exaggerating? Can we compare our Twitter account with the media with the widest circulation in our society? Social networks, each with their own characteristics, have helped to change the way we are and the way we do things. This activist considered that Twitter gave her an outlet capable of competing with the other existing ones. Different research studies into social networks reveal this and much more to us.

These new technological tools have a strong connection with politics and are equipped with a great democratising capacity. There are reasons to think and rethink how we use them, not to mention that Facebook, Twitter and Instagram are businesses, but it is clear that, for young people, social media are an integral part of their lives. In recent years, with the increasingly active participation of adults, we have witnessed the spread of the use of these tools for political purposes.

Young people are carving out new paths for politics, in terms of what and how. Adults are learning from young people on these new paths. We started talking about those mothers who have changed. Mistrust of institutional policy has been growing among adults, and it will soon be reflected in a move closer to the stances taken by younger people.

The 2017 Political Participation Survey shows a certain degree of alignment among adults in some domains towards the way young people understand and practise politics. The different crises and mobilisations we have experienced and are experiencing (15M, independence, feminism, etc.) can explain this tendency. If it ends up materialising, then hopefully it will be to leverage the experience of young people to try politics differently. Politics with a more rigorous ethical dimension, more mindful of freedoms, the guarantee of rights, more participatory... More decisive politics to act against the evils of a society in jeopardy due to the climate crisis, the precariousness of life and work, and inequalities and discrimination.

He lectures in the Humanities Department at Pompeu Fabra University and the Faculty of Political Science and Sociology at the Universitat Autònoma de Barcelona.