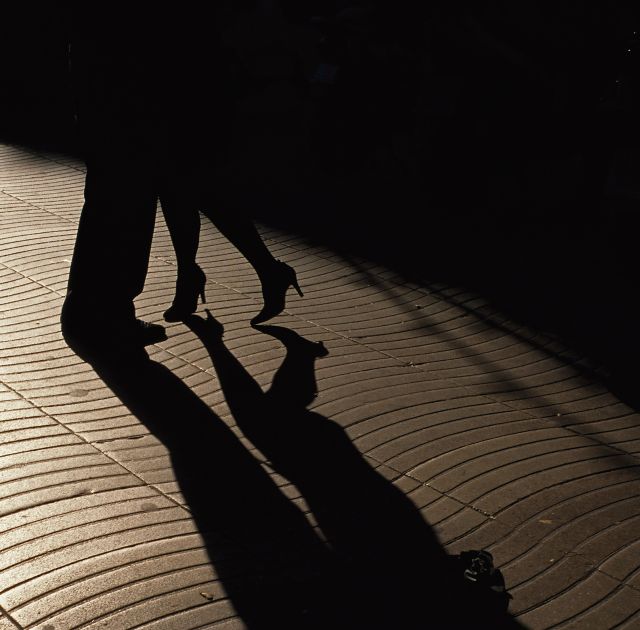 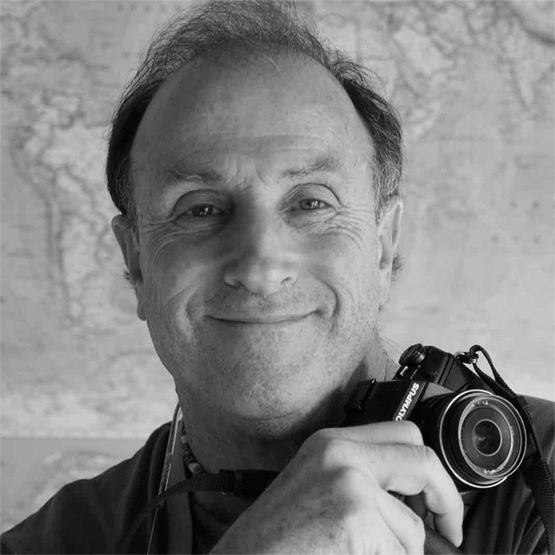 Barcelona, 1955. Photographer and writer, linked to National Geographic for the last quarter of a century, he has worked with national and international media outlets as a reporter.

Tino Soriano explains how his passion for photography began. This reportage brings together some of the pictures of the Barcelona that is dear to his heart.

Whenever I can, I proudly announce that I was born in Poble-sec, “the same neighbourhood as Serrat” – I add, to affirm my Barcelona identity. When I got the game El pequeño reportero [The Little Reporter] for Christmas at the age of eight, I grabbed the Agfa Rapid plastic-bodied camera included in the set, which made me a potential candidate for the Magnum Photos agency, to photograph my surroundings. I wanted to capture the neighbourhood’s little stories, the life of the people who populated a city that was more roguish and more conspiratorial than it is today.

It might be a fixation with nostalgia but, be that as it may, that Barcelona was a source of inspiration for me. Ever since I eventually managed to make a living from photojournalism and travelling around the world, I haven’t stopped raving about the city where I was born to anyone who asks. 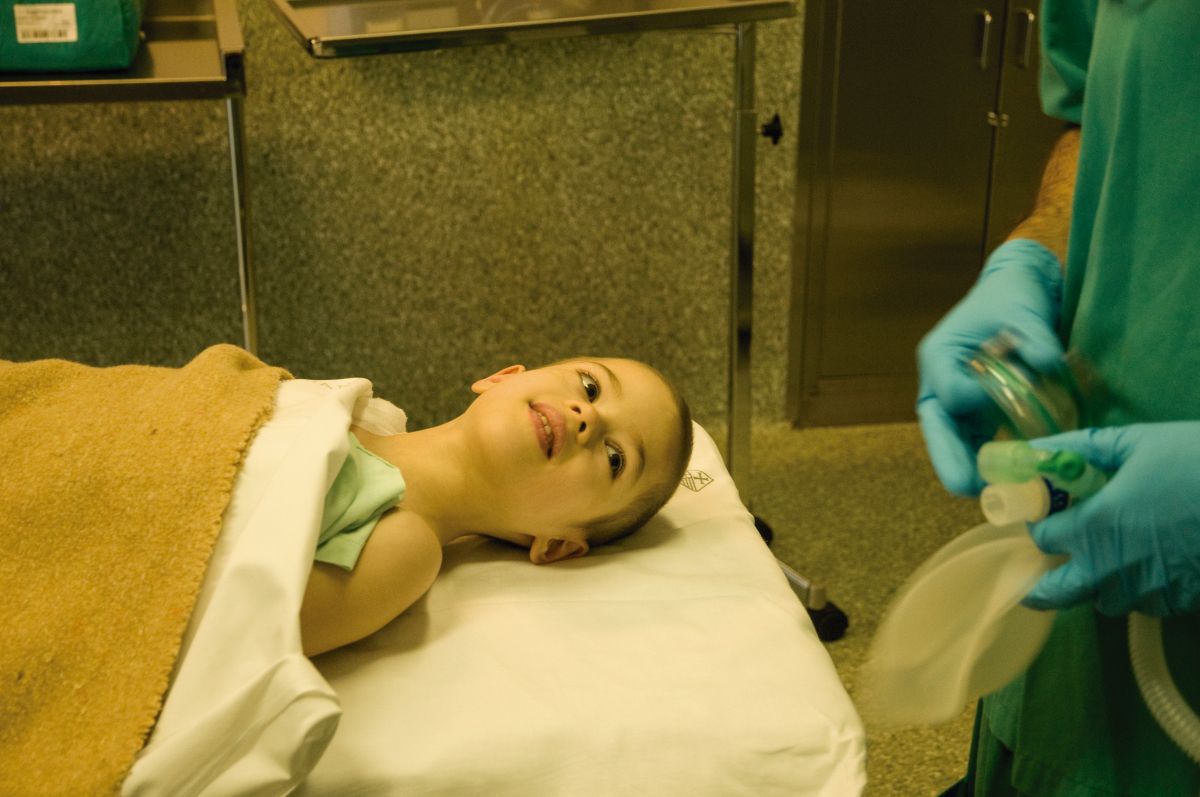 Hospitals
Benchmark in medicine. Barcelona’s hospitals have always been among the most highly valued institutions in cancer treatment. In this picture, little Amber gazes with curiosity at the entrance to the operating theatre in the old Sant Pau hospital before a bone marrow transplant. 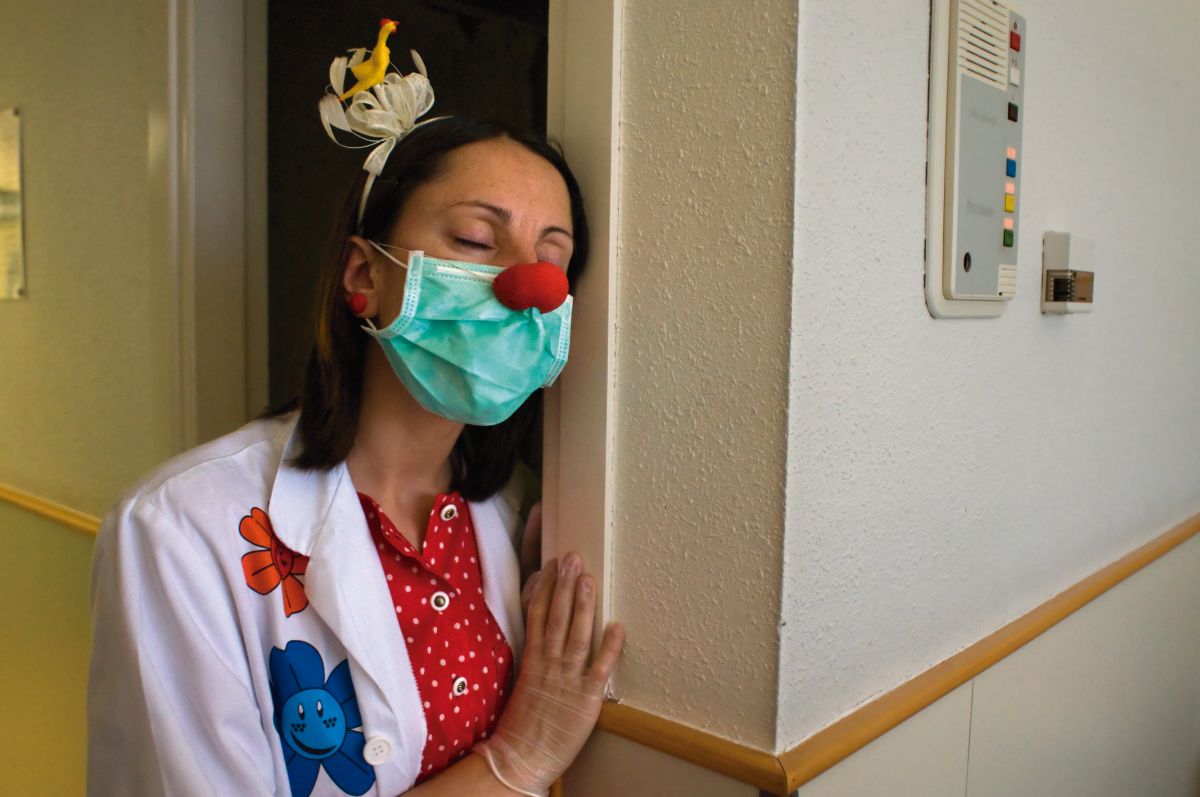 Hospitals
Hospital clowns. The Pallapupas were one of the first clowning groups to be introduced as a continued service in Spain. In the picture, Dr. Antibiòtica La-La (Amaya Mínguez) relaxes before entering a room in the hospital Sant Joan de Déu. 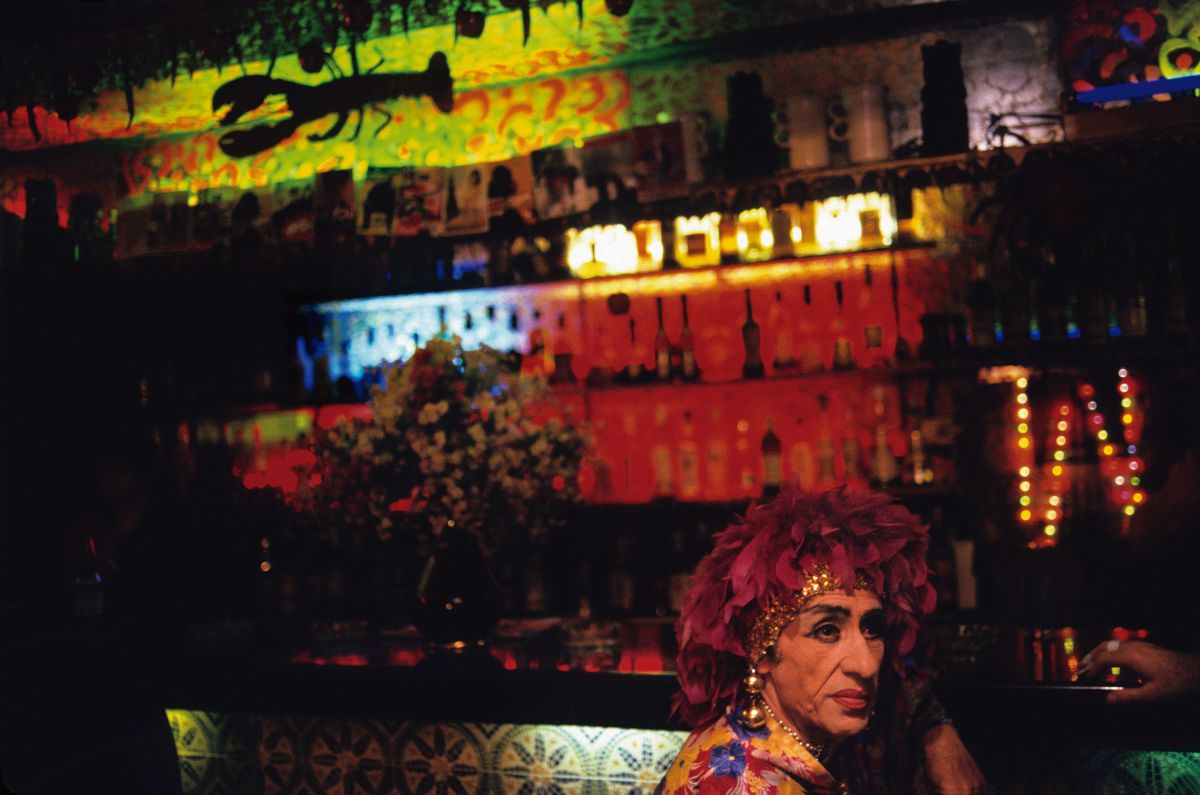 Barcelona - El Cangrejo
El Cangrejo. Liberty was one of the most well-known transvestites in Barcelona, a true character of Barcelona’s nightlife, at that time when the focal point of the picaresque was found in the Raval neighbourhood. Artists such as Carmen de Mairena were also regulars at this legendary venue just off La Rambla. 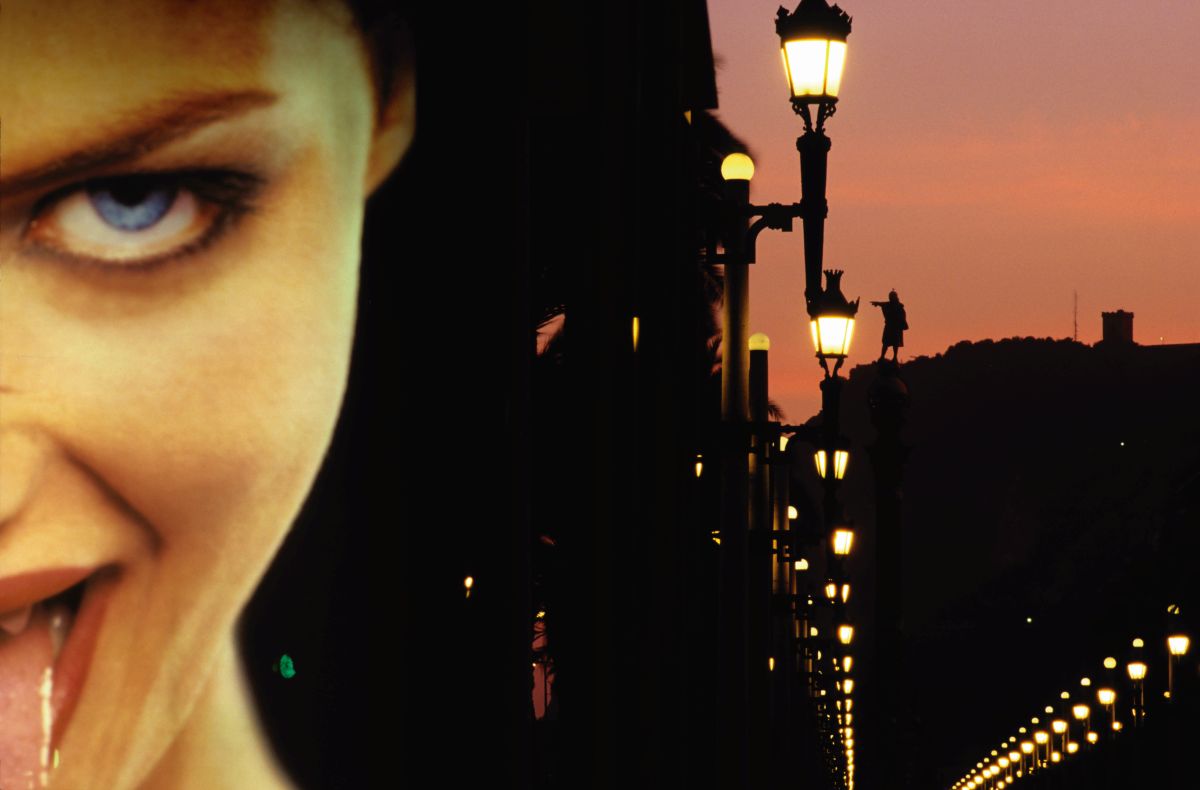 Barcelona - Paseo Colón
Passeig Colom. I had always been drawn to the line of lampposts rounded off by the statue of Christopher Columbus with the mountain of Montjuïc in the background. A sum of clichés about Barcelona that I captured one evening, taking advantage of an illuminated advertisement in the vicinity of Pla del Palau. 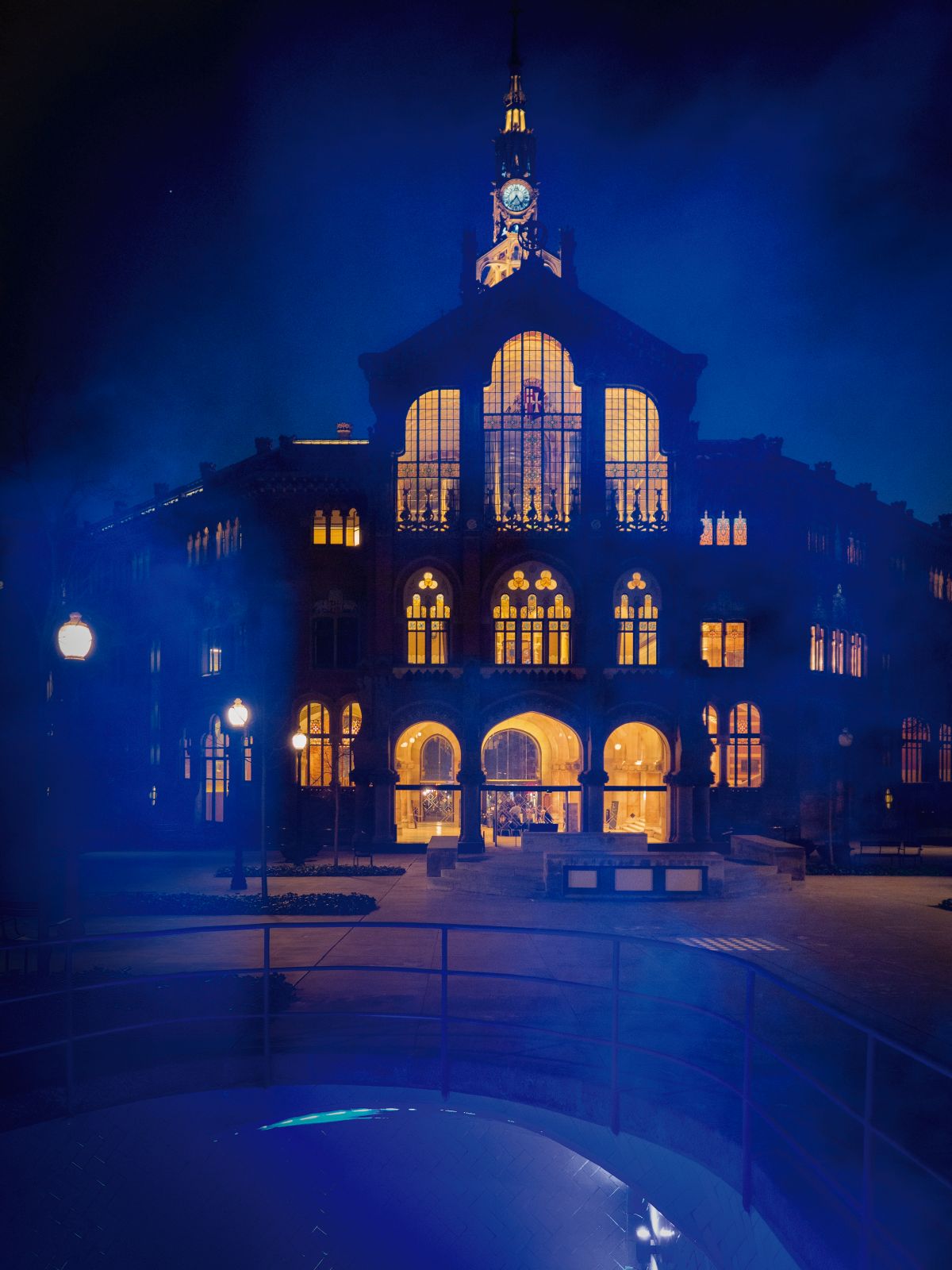 Modernista Barcelona
Hospital de Sant Pau. For years I worked in a studio under the clock in the main building as a specialist in medical photography. My forty-year documentation of the field of healthcare began in this place. 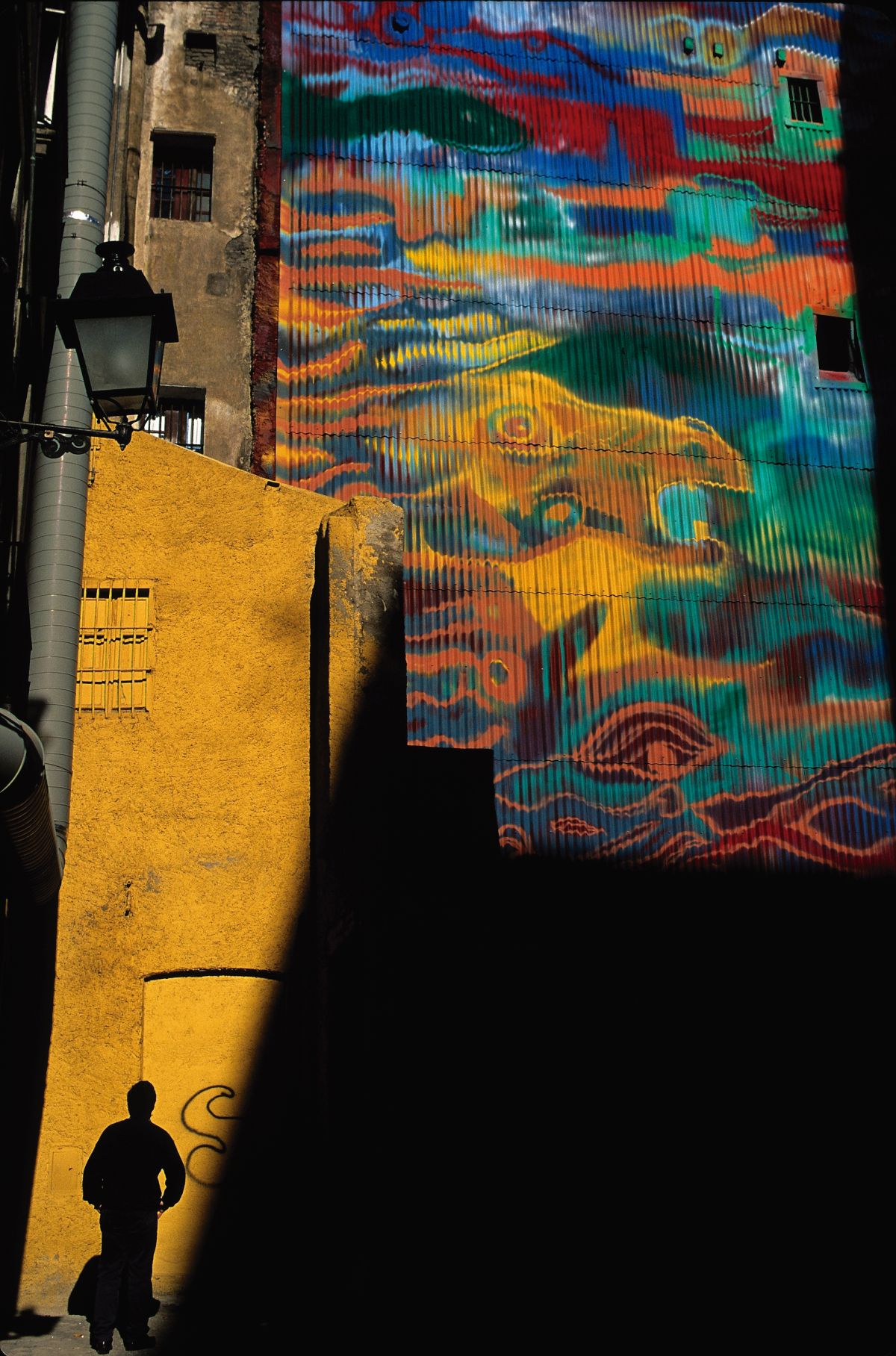 El Born
La Ribera neighbourhood. For many years I lived on the street Carrer Princesa. The old alleys surrounding a still active Mercat del Born market were the scene of many discoveries. Murals like this one provided other perspectives of the neighbourhood. 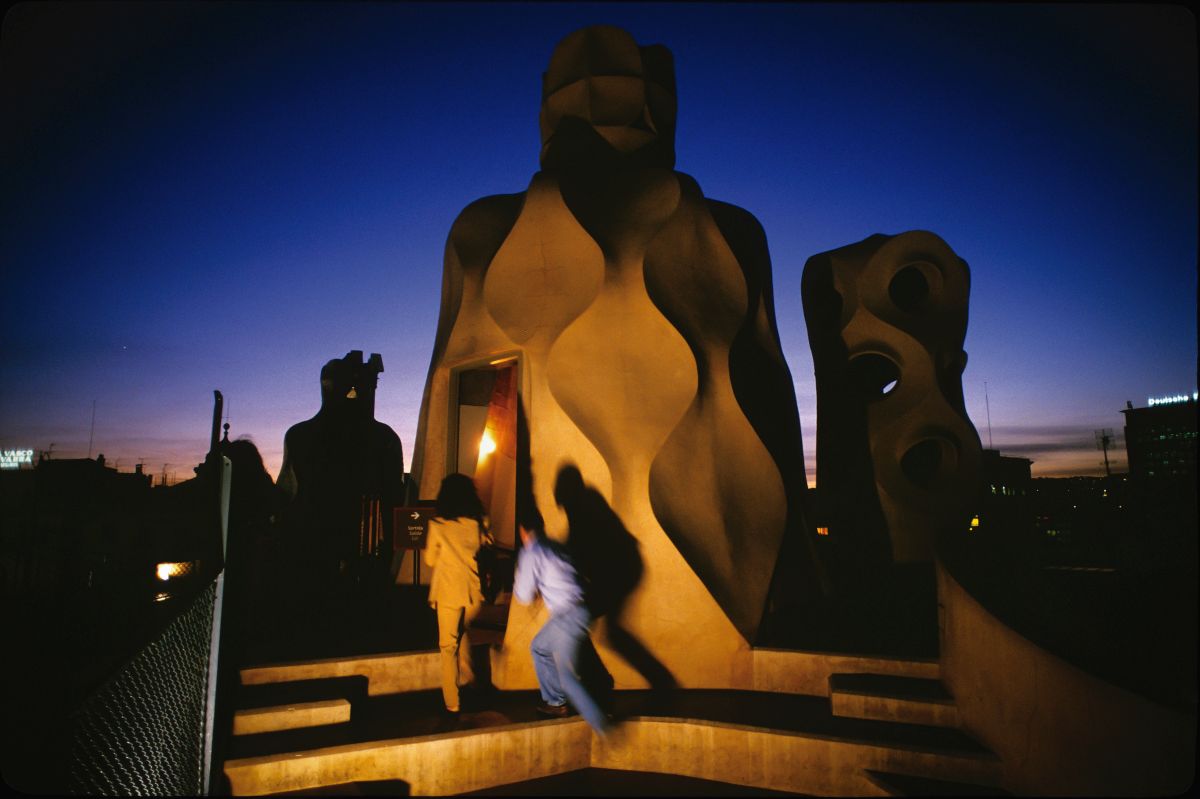 Nocturnal volumes
Casa Milà. La Pedrera is one of Barcelona’s most spellbinding buildings. The shadows cast on the warriors, like in old horror movies, brought a touch of mystery to the rooftop just as a couple was leaving. 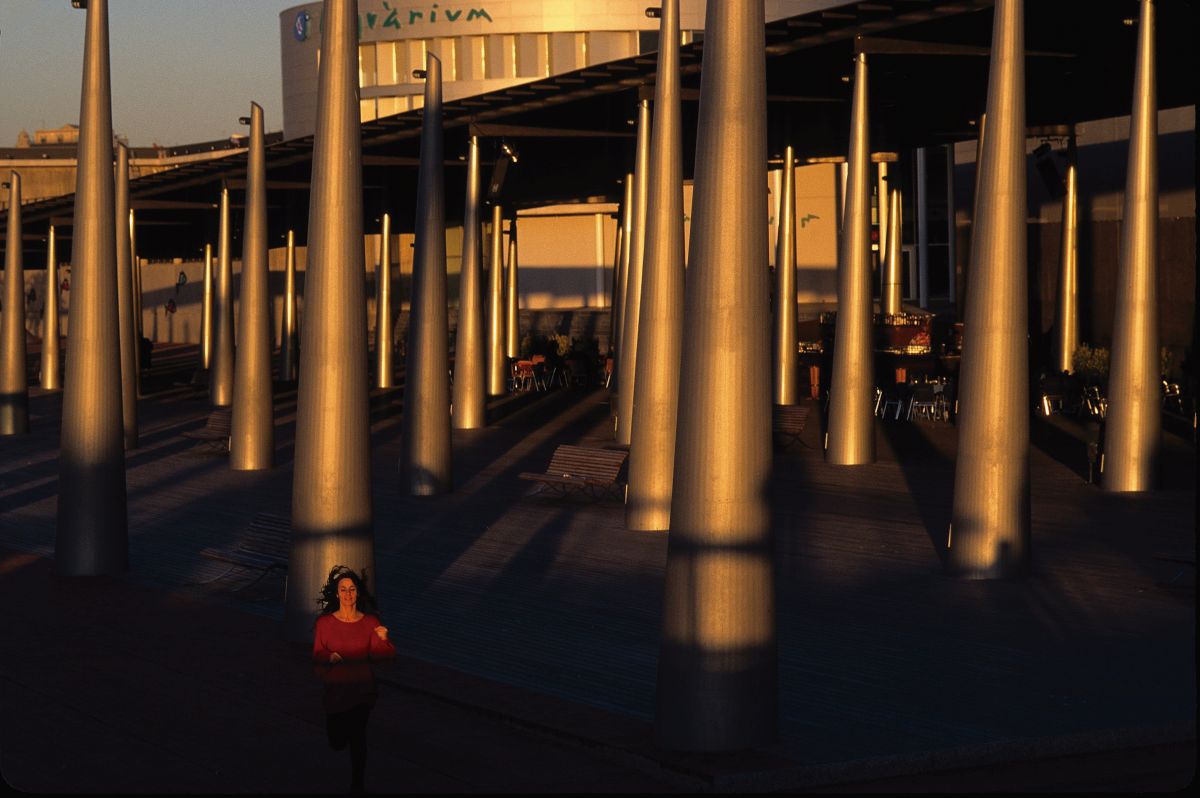 Barcelona - Maremagnum
Maremagnum. I took this photo shortly after it had been remodelled. A large aquarium surrounded by a forest of metal emerged in the old harbour for the golondrines [swallow boats], which appealed to me on account of its modernity. 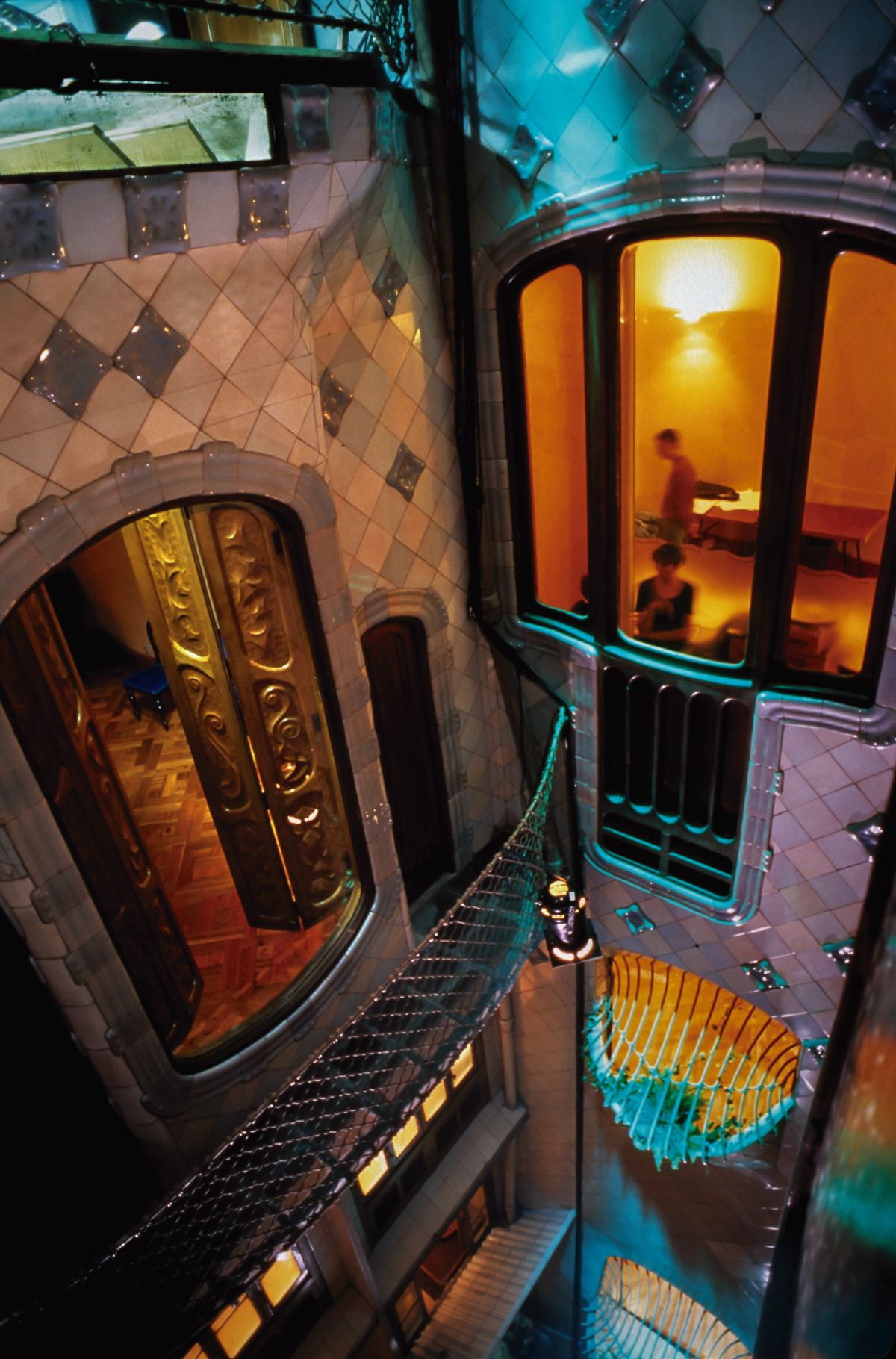 Modernista Barcelona
Casa Batlló. Antoni Gaudí, a genius of architecture, had an extraordinary mastery of light, as can be seen inside the Casa Batlló. This picture, which blends daylight and artificial light, reveals his talent.

People in the half-light
A musical city. The Barcelona Sax-Ensemble Band photographed during a rehearsal in Montjuïc, in front of the Poble Espanyol. The saxophone was one of the star instruments of an orchestra that has become a foundation. 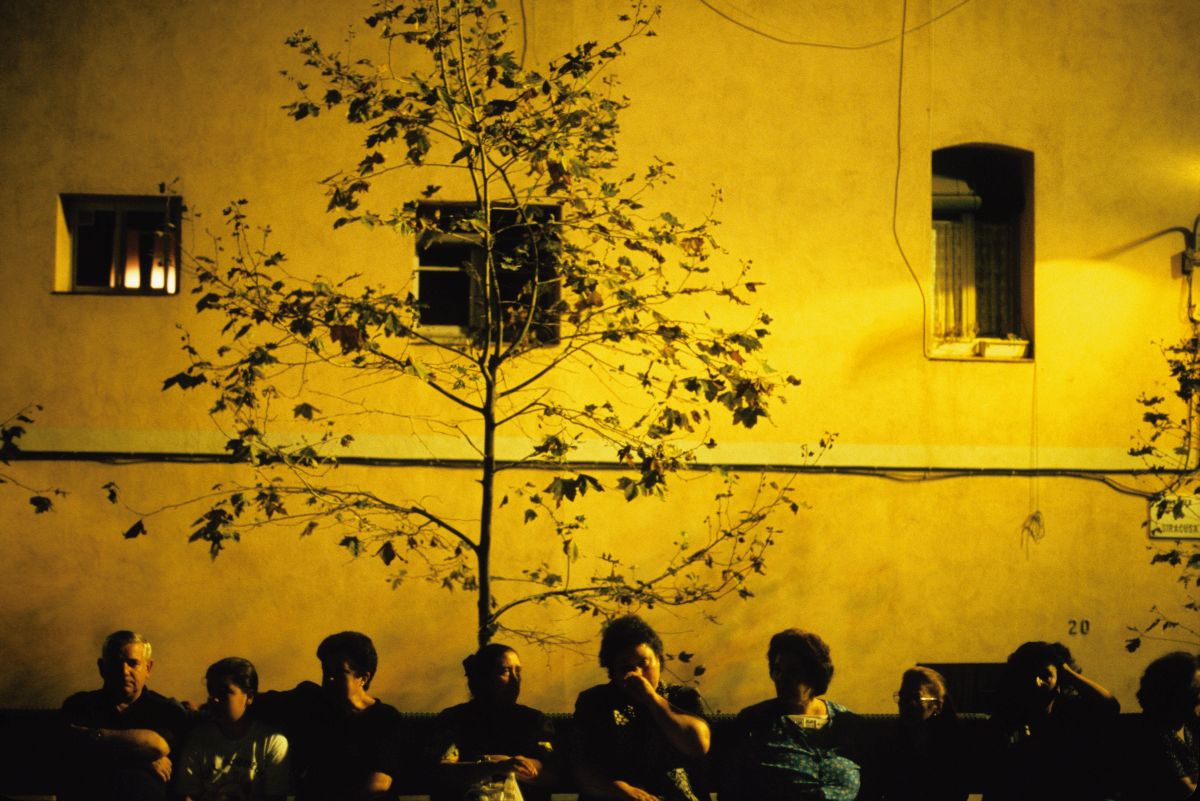 People in the half-light
Festes de Gràcia neighbourhood festival. It would be strange for a Barcelona local not to explore the decorated streets of one of the city’s most iconic neighbourhoods at least once in their life. I was fascinated by a mostly gypsy population who sat down and enjoyed the street shows.