Times depend on the activity

From 7 to 18 May. Prior online booking via this link is essential 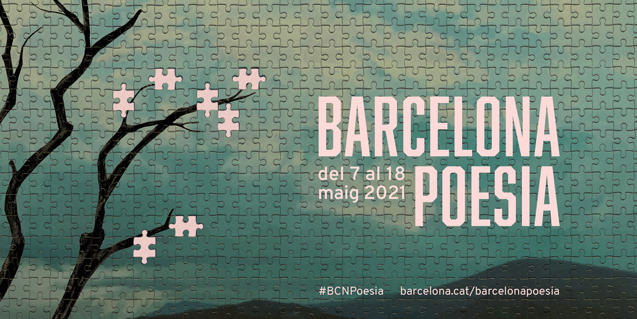 Barcelona Poesia Festival is back on its usual days,once again taking place over 12 days from 7 to 18 May, along with the International Festival, which is back at Palau de la Música.

This year's edition will run over 10 days and will be curated by Mireia Calafell and Josep Pedrals. The  inaugruation will take place on Friday 7 May, with a speech  conceived as a proclamation of a town festival by the poet Albert Garcia Elena. The stages for the festival will be venues across the city, from Casa de la Misericòrdia and the Frederic Marès Museum garden, the main settings for the festival,  to other city  venues and facilities that are joining this great poetry festival, including Sant Agustí Civic Centre Convent , Plaça del Rei, El Born Centre for Culture and Memory , Poblenou's Aliança Casino, Sala Beckett, Casa América Catalunya, Casa Orlandai, the Guinardó-Mercè Rodoreda, Jaume Fuster and Ignasi Iglésias-Can Fabra libraries, La Farinera del Clot Cultural Center, Albareda Cultural Centre and Palau de la Música.

This year’s edition of the festival, the poster for which was designed by the illustrator Riki Blanco, will pay homage to the authors Felícia Fuster, Joan Margarit, Joan Triadú and Josep-Ramon Bach, and will keep the flame burning of two of the characteristics that define it: a clear commitment to opening up to the world and its multitude of languages, and its multi-disciplinary approach, meaning that it will once again hybridise poetry and other artistic genres such as dance, visual arts and music, always with thinking about and reflecting as the common thread.

Among the key events of these 12 days of celebrations will be the awarding of the Premi Jocs Florals de Barcelona to the poet and expert in Chinese language and culture Manel Ollé, at an event held at Barcelona Town Hall's Saló de Cent on Monday 10 May. . Tuesday, 18 May is another date to bear in mind,when Palau de la Música Catalana will once again be the scene of a highly anticipated moment, the new edition of an International Poetry Festival, which will be celebrating its thirty-sixth anniversary after a two-year gap. The participants in a ceremony conceived by the Big Bouncers group will include the Basque poet Miren Agur Meabe, the Iranian-Swedish author Athena Farrokhzad, the Navarrese Ramón Andrés , the French Samantha Barendson, the Austrian-based Congolese Fiston Mwanza Mujila and the Catalan poet Jaume Coll Mariné.

There will be all kinds of styles and proposals, as much  from emerging talents as from well-established authors, , including talks not only on poetry and love, but also on poetry and economics, to give an example. What's more, at  the MNAC venue, poetry will enter into dialogue with the works speaking to us about war exhibited at the museum.

The international reach of Barcelona Poesia will be evident this year with interventions from poets like Kae Tempest, the innovative British author who will lead a session of Spoken Word, and sessions with  Angélica Freitas, the combative Brazilian author resident in Berlin, and Blanca Haddad, the Venezuelan poet and activist, to name just two. The festival this year will see languages spoken from across the world, among them Galician, Occitan and Basque.

Music and experimentation will also be present at this years' edition of Barcelona Poesia, which will include, among a multitude of proposals, the début in Catalonia of Cant Espiritual, in which Carles Dénia will bring a well-known play by Ausiàs March into the modern day, with touches of jazz, flamenco, Valencian singing, American music and American bolero, featuring the dancer Karen Lugo.

There will also be poetry and electronic music from acts like b1n0, one of the most exciting emergent musical offerings of the moment, and experimental poetry, including the show Mongongo, where improvisation, free jazz, pop, tradition and poetry come together with suggestive stage settings like Lied, from the “anti-pianist” Xavi Llores and Laia Estruch. The group Barba Corsini, presenting the album Un nou incendi, Sara Fontàn and Edi Pou, Jo Jet and Maria Ribot, the Quartet Brossa and Xarim Aresté will be just a few of the musicians who will hybridise their art with poetry.

Remember that the Barcelona Poesia programme is way more diverse than this but, due to the circumstances arising from the Covid-19 health emergency, , you will have to book online to attend the events in person.