12 to 30 December. See the programme for screening times 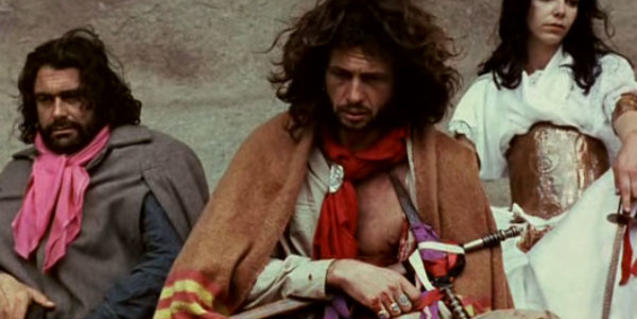 The Margenes Festival, which is held in Madrid, is coming to Barcelona with a two-week cycle devoted to this major Brazilian director.

Margenes, which is celebrating its seventh annual edition this year, is an avant-garde film festival with two goals: to provide a platform for films that are different and made in different parts of the world and to take these films to different cities. Although the festival is based in Madrid, and enjoys the collaboration of the Spanish Film Library and the Doré cinema, it also makes incursions to Santiago de Chile, Montevideo, Mexico DF, Córdoba and Barcelona, ​​where activities will be focused on one venue and one director, in the shape of an intensive, in-depth  cycle. The action in Barcelona, which will run from 12 to 30 December, consists of an extensive retrospective cycle of films by Glauber Rocha at the Filmoteca de Catalunya. Rocha, who worked during the years of the military dictatorship, is considered to be one of the leading film directors in Brazil. He combined the languages ​​of the avant-garde and political protest, and left behind a complex body of work which, though influential, is not particularly well known.

Additional information can be found at the Filmoteca website.