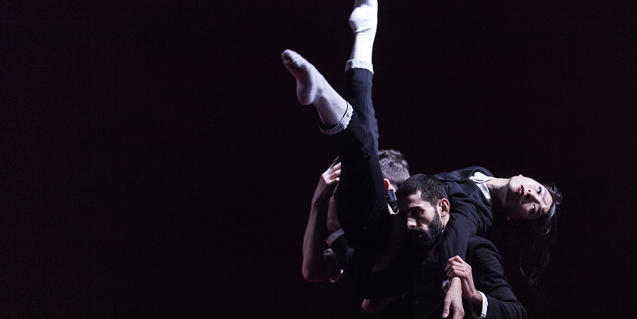 This cycle will take place at La Pedrera and will be opened by La Veronal dance company on 19 October.

Four dance companies will be taking part in the 2017 edition of Dansa Ara, a cycle of performances organised by the Fundació Catalunya La Pedrera, which will take place in Antoni Gaudí's iconic La Pedrera building in Passeig de Gràcia. The performances scheduled offer a mix of prestigious choreographers and up-and-coming creators in unique new creations and proposals adapted specifically for such a special venue. The selection was carried out together with FiraTàrrega.

La Veronal dance company will get things started with their own creation, Vorònia, adapted for the works by Joan Ponç that are being exhibited these days in the La Pedrera exhibition space. The company will feature in two performances at 8pm and 9.30pm on Thursday 19 October. The work explores human use of a supposed goodness and innocence to justify violence.

One week later, it will be time for Cia. Moveo and their Conseqüències, featuring five dancers in a work characterised by intense physicality and rhythms, together with ¿Dónde estoy cuando soy dos?, a musical and corporal dialogue between a dancer and a pianist.

On 16 November,  Al lloc, inespecífic, a choreography by Cesc Gelabert designed to be performed in the subsoil underneath La Pedrera.

Finally, on 23 November, dancer and performance artist Sonia Gómez and musician Pere Jou will come together in a conversation on the sculptures of Miquel Blay, which were ceded by the Museu de la Garrotxa. This performance is titled Apel·lació a la pedra.

Additional information is available in Catalan and Spanish at the following link.