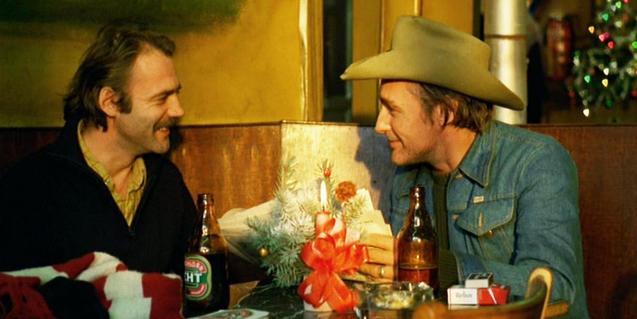 The Verdi cinemas will also screen the films ‘The American Friend and ‘A King in New York’ in January.

Do you want to start 2021 going to the cinema and also watching some classic films? Check out the billboards of the Verdi cinemas and, above all, the titles of their cycle Dijous d’imprescindibles (Thursdays of essentials), with films of all time. We already know the four sessions of January, and we find a lot of variety, with footage by Sokurov, Cronenberg, Wenders and Chaplin.

The first film of of the year, January 7, has been reserved for Russian Ark, an original proposal that opened the 2002 Cannes Film Festival. Alexandr Sokurov made a film with a single 96-minute sequence, recorded with a Steadicam. The narrator takes a walk through the Winter Palace in St. Petersburg, which is now part of the Hermitage Museum, and features fictional and real characters related to the last 300 years of Russian history. A week later, the science fiction Scanners will arrive on the screen, written and directed by David Cronenberg and released in 1981, and in which the characters have amazing telepathic abilities due to a drug administrataed to their mothers during pregnancy. On Thursday 21 we can see The American Friend (1977), with Bruno Ganz, Dennis Hopper, Lisa Kreuzer and Gérard Blain and directed by Wim Wenders from a novel by Patricia Highsmith. In this story, an American merchant tries to test the integrity of a humble frame maker who suffers from a terminal illness by introducing him to a gangster who offers him a lot of money in exchange for working for him as a hired assassin. The last Thursday of January will be for Charles Chaplin, with his film - the penultimate of his career - A King in New York (1957). It narrates the adventures of the king of Strovia, who must flee his country when a revolution breaks out and goes into exile in the United States without resources.

There will be two screenings of all the films, at 11.30 am and 8 pm. More information on this link.