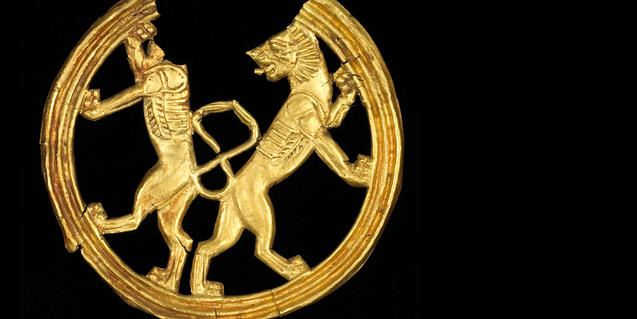 The new exhibition at CaixaForum features pieces from the British Museum.

Throughout history, luxury has taken shape in many different ways, but it always played an important role in trade and power relations in ancient civilisations. Each empire aimed to extend its power beyond its borders, from the Assyrians to the Phoenicians, the Persians to the Babylonians, as did important historical figures such as Alexander the Great. These were all located in the area between present-day Spain and India, and were an essential link between the Mediterranean and Asia. Obviously, battles, conquests and plundering were commonplace, but so was trading. All of this activity, luckily, has left us many luxury items, which have passed through the hands of the elite throughout history, and now we can see a generous selection of them at CaixaForum, in the new exhibition ‘Luxe. Dels assiris a Alexandre el Gran’ (Luxury. From the Assyrians to Alexander the Great). All of the items in the exhibition are from the British Museum in London, giving us a unique, fascinating view of ancient cultures and the connections between them.

‘Luxe. Dels assiris a Alexandre el Gran’ will be open to the public from 5 April through 11 August, Monday to Sunday from 10 am to 8 pm. As we’ve said, it is at CaixaForum, on Montjuïc. A good way to discover the history of civilisations that, despite existing between 900 and 300 BC, have had a significant impact on the following millennia.

Tickets cost €5 and also get you in to see to the other exhibitions on now. They can be purchased at the museum ticket desks or on its website.