Exhibition: free and open to the public
Screenings: €3-4 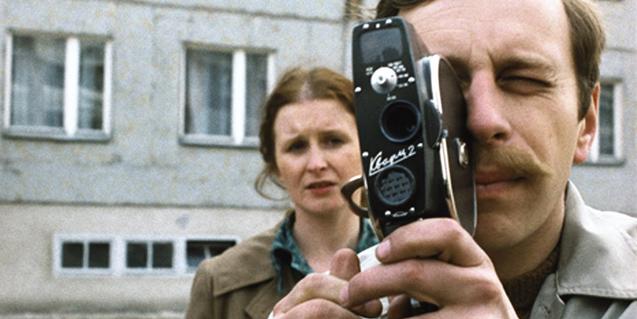 The director of Dekalog, in the spotlight this summer at the Filmoteca de Catalunya.

Krzysztof Kieślowski, a filmmaker who was born in Warsaw in 1941 and died in the same city, the capital of Poland, in 1996, was trained to make documentaries  because he wanted his images to help viewers grasp reality and improve it. Beyond the frontiers of his country, the director and screenwriter is best known for his works Three Colours and Dekalog. This summer you’ve got a wonderful chance to learn more about both his films and him as a person: the Filmoteca de Catalunya is hosting the exhibition “Krzysztof Kieślowski: The Memory Imprint”, produced by the Cinematography Museum of Lodz and the Polish Culture Institute in Madrid. In parallel, it has scheduled the film series entitled “Krzysztof Kieślowski: You Will Not Forget!” , in which the ten episodes of Dekalog will be screened in July, while the colour trilogy will be shown in August, among many other titles.

The show will open its doors on 4 July, and it will include one area with a selection of 24 film posters and a second with 45 outtakes shot by the filmmaker himself. As for the film series, it will also kick off on 4 July with the presence of the renowned lawyer and senator, Krzysztof Piesiewicz, the scriptwriter in all of Kieślowski’s films since 1984. That Thursday, he will talk with the director of the Filmoteca, Esteve Riambau, starting at 5:15 pm, and later in the evening will be the first screening of Krótki film o milosci (A Short Film about Love), which premiered in 1998 and tells the story of a 19-year-old boy in love with his neighbour, who is over 30 and has been disappointed in love. In addition to the films already mentioned, Personnel, Amator (Camera Buff), Bez Konca (No End) and Krótki film o zabijaniu (A Short Film about Killing) will also be shown at the Raval venue.

Check the entire programme and timetables at this link.